The brightly-colored clownfish needs no introduction—the reef fish is one of the most recognizable fish in the world. But aside from being the star of Disney’s “Finding Nemo,” the clownfish has some impressive adaptations and a strange life history. 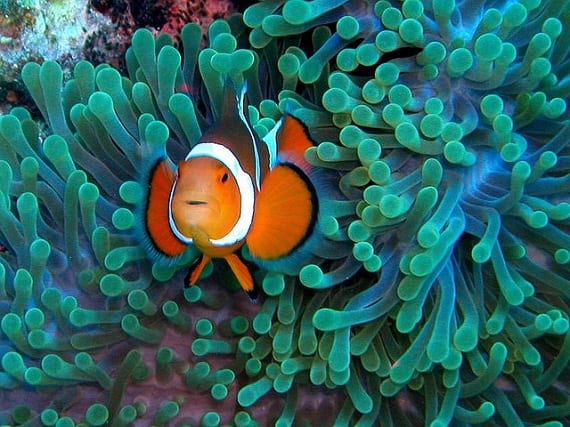 Clownfish help feed the anemone, drawing other fish close enough to the anemone’s venomous tentacles to be stung. The fish also increase oxygenation and remove waste material from the anemone. In turn, the anemone protects the fish from predators like brittle stars, wrasses, and other damselfish. Clownfish aren’t affected by the anemone’s dangerous sting because they secrete a special, protective mucus that shields them from the venom. 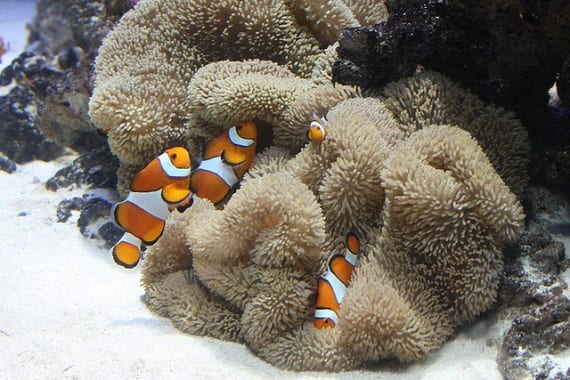 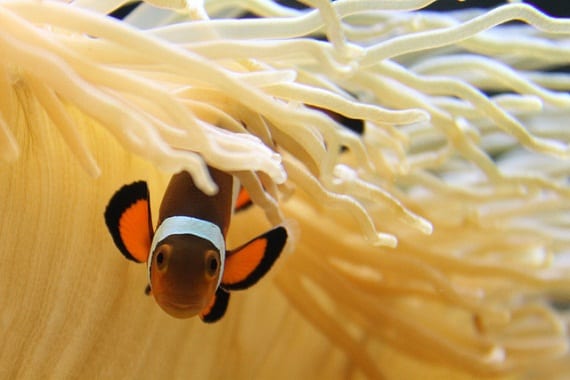 Clownfish depend on their coral reef habitats, which are threatened by ocean acidification and climate change. You can help Oceana protect them by adopting a clownfish for a friend or family-member this holiday season. Visit the Oceana adoption store to learn more, and check back for more Creatures Features on The Beacon.