In honor of cephalopod week, which celebrates squid, octopus, nautiluses, and cuttlefish all over the world, we’re taking a close look at one of the cephalopod family’s finest masters of disguise: the day octopus. This clever invertebrate has an extraordinary ability to camouflage, making it stand out among its fellow mollusks.

Roaming the tropical waters between Hawaii and East Africa, this nearly three-foot-long predator is the strongest octopus pound-for pound-ever exhibited in the Monterey Bay Aquarium. Even though the day octopus only lives for a year and breeds just once, these creatures take advantage of their days by hunting for crabs, clams, and fish, while their other octopus counterparts only come out at night to hunt. This octopus can forage in the daylight because of its exceptional camouflage skills—transforming its skin to mimic the texture and colors of corals, rocks, and algae. 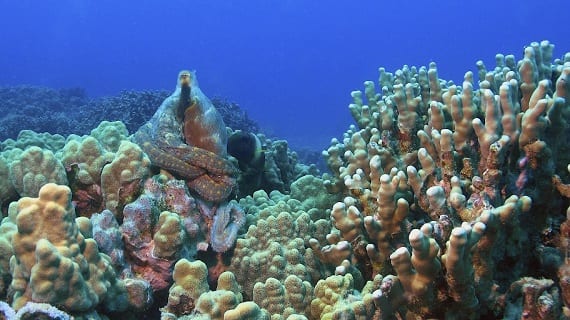 The species is fished both commercially and recreationally, and like other cephalopods, is threatened by pollution, overfishing, and habitat destruction. 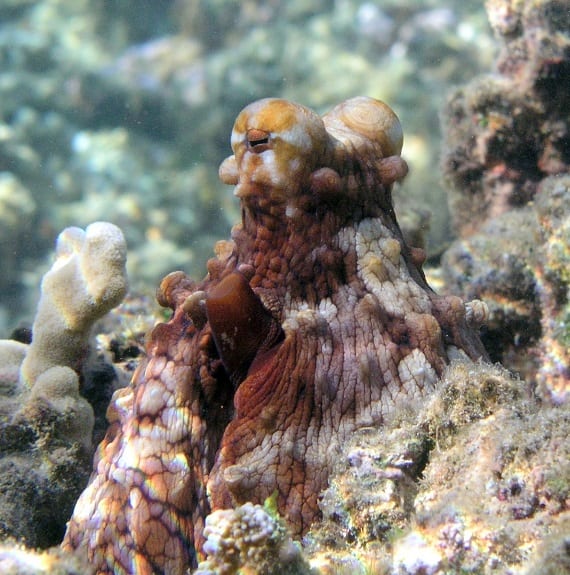 Take a look below to see the day octopus change colors and disappear into its surroundings in a new video released by the Monterey Bay Aquarium.