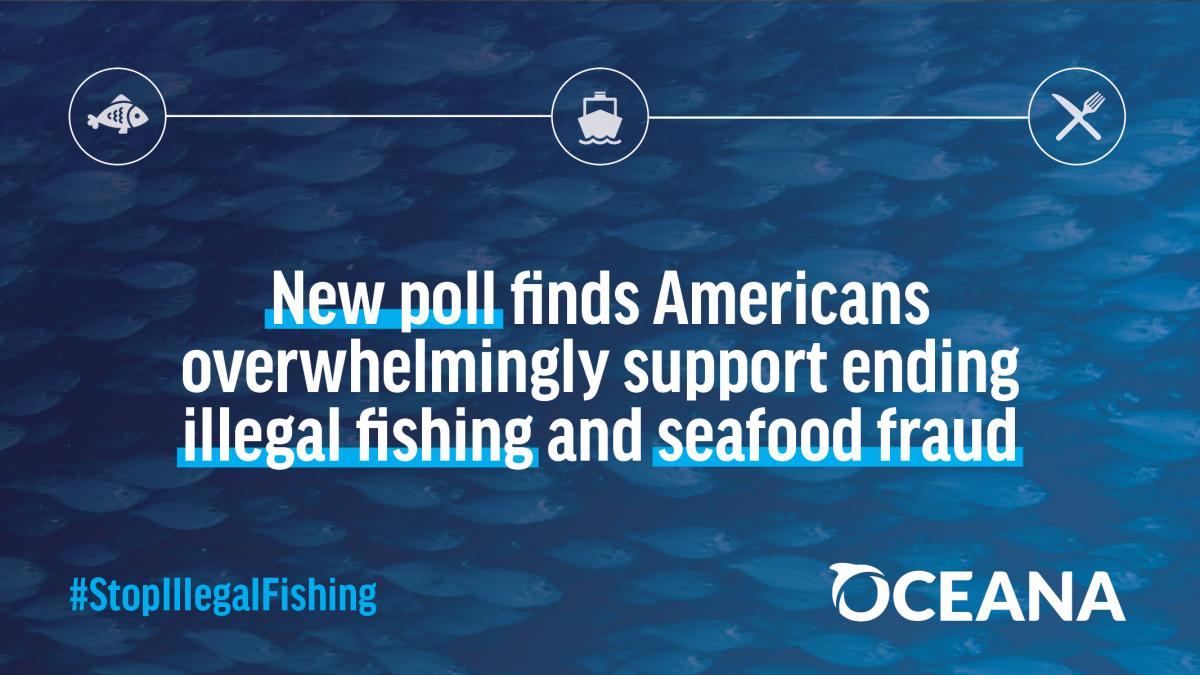 In January 2021, Oceana released a nationwide poll (link to results below) revealing that Americans overwhelmingly support policies to end illegal fishing and seafood fraud. Included among the key findings, 89% of voters agree that imported seafood should be held to the same standards as U.S. caught seafood. Additionally, 81% of voters say they support policies that prevent seafood from being sold in the U.S. that was caught using human trafficking and slave labor. 83% agree that all seafood should be traceable from the fishing boat to the dinner plate, and 77% support requirements for all fishing vessels to be publicly trackable.

The national poll, conducted by the non-partisan polling company Ipsos, surveyed 1,005 American adults from across the U.S. between December 11 and 14, 2020, and found widespread bipartisan support for policies aimed at increasing transparency and seafood traceability (link to partisan breakdown also below).