10 Facts You May Not Have Known About Sharks

Because you can’t keep pulling out the same stale old facts at your Shark Week parties, we’re going to hook you up with some fresh new shark facts to astound and amaze your friends and family! When we told a few of these shark facts to the basking shark in the photo below, his jaw dropped:

1. The basking shark uses its enormous mouth to filter plankton out of up to 395,000 gallons (1.5 million liters) of seawater through the huge gills that almost encircle its head 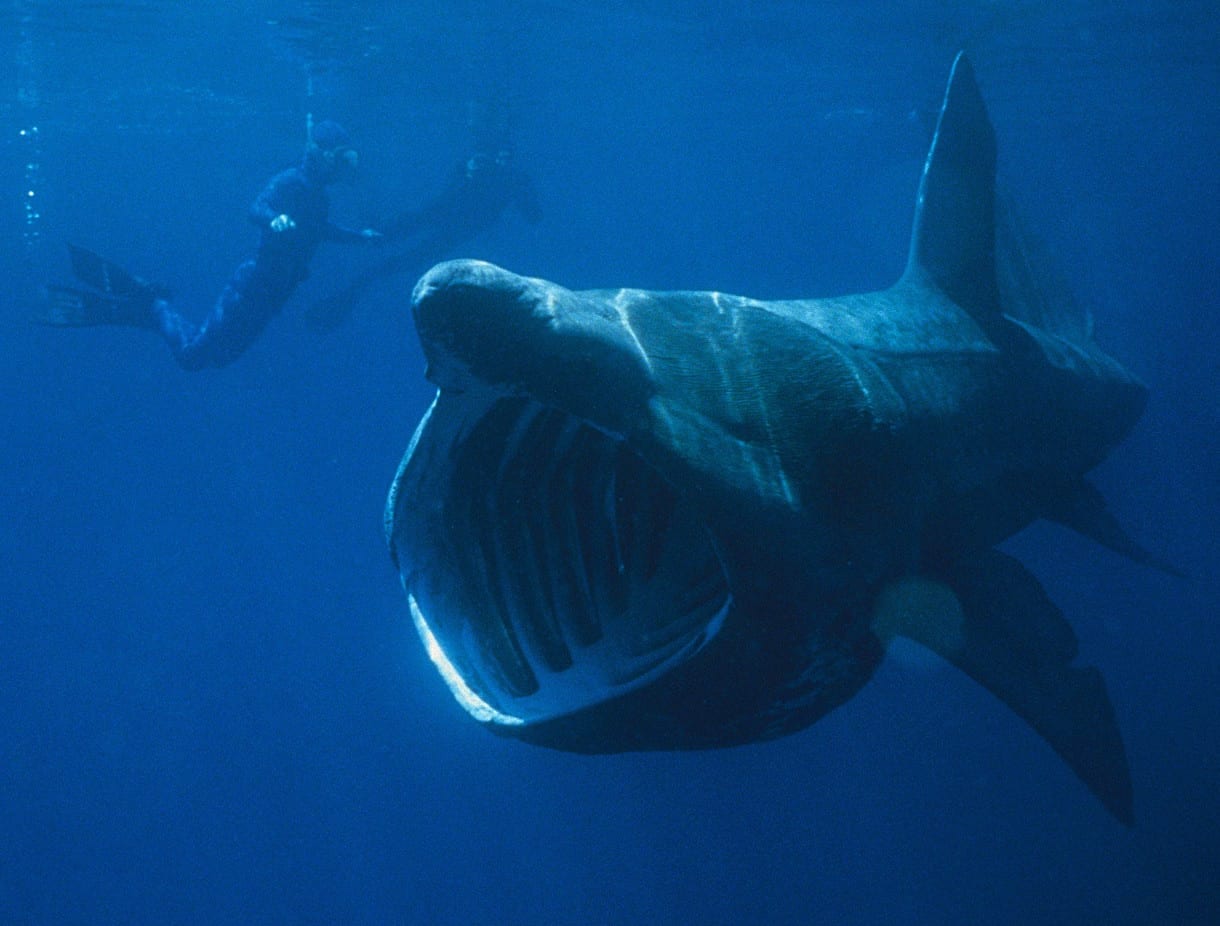 2. The curiously named cookiecutter shark is a parasite that bites circular chunks out of its prey. Holding onto its victim by suction, it twists itself around, using its razor-sharp lower teeth to bite out a cookie-shaped piece of flesh. As if that wasn’t freaky enough, the nocturnal cookiecutter shark lures its victims with glowing green bioluminescent lights on its belly.

3. The whale shark is the largest fish in the world, with a mouth large enough to fit a human inside. Luckily, this gentle giant eats only plankton and small fish.

4. Talk about survival of the fittest: Female sandtiger sharks give birth to two live young at a time, one from each of a pair of uteruses. Each uterus contains many other embryos, but the strongest embryo in each uterus kills and eats its siblings along with any unfertilized eggs before it is born. 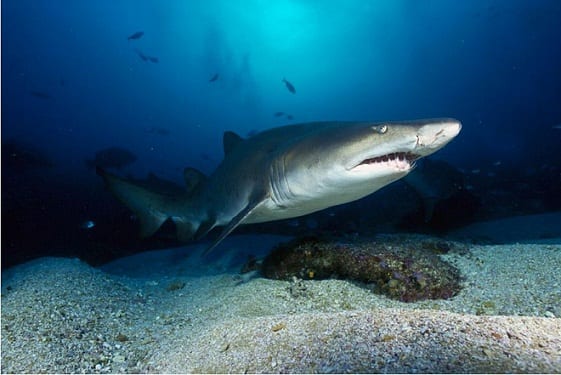 5. Besides just having a fantastic name, the tasseled wobbegong has the unique ability to look like a seaweed-covered rock when lying still. The shark’s squashed shape and beautiful reticulated pattern of narrow, dark lines against a paler background help it blend seamlessly into its surroundings. Its mouth is also ringed with a fringe of skin flaps that resemble weeds. This master of camouflage rests unseen under overhangs and ledges on coral reefs, snapping up unsuspecting fish as they pass by. 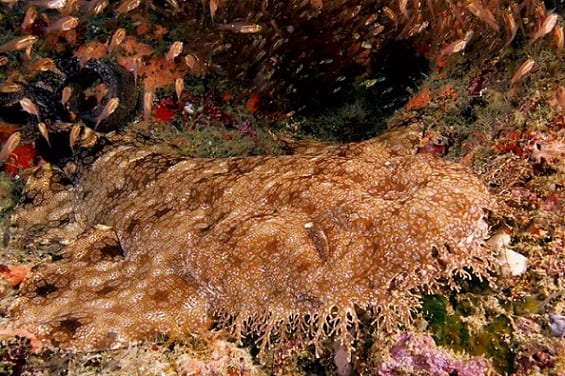 6. Hammerheads’ distinctively shaped heads allow for unbeatable range of vision: By moving their head sideways as they swim, hammerheads can see much of what is behind them, and the position of hammerheads’ eyes allows the sharks to see 360 degrees in the vertical plane. In other words, hammerhead sharks can see above and below them at all times! 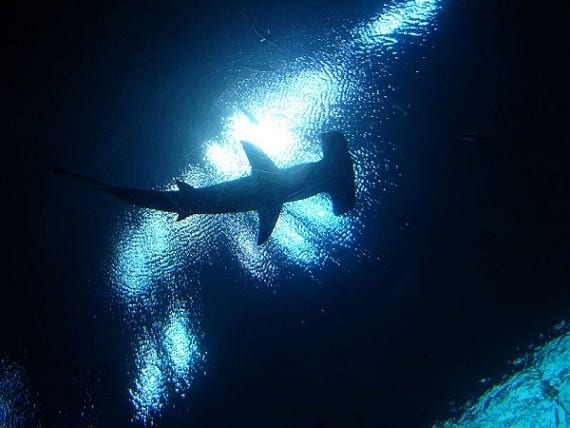 7. The sawshark (not to be confused with the sawfish, which is a type of ray) cruises the bottom of the sea floor, using its barbels to detect prey under the sand or mud. Using its blade-like snout, or rostrum, edged with razor-sharp teeth,  the sawshark disables its prey by hitting its victims with side-to-side swipes of the saw, crippling them.

8. Occasionally, a female shark can birth pups without contact with a male. This form of asexual reproduction, known as parthenogenesis, comes from the Greek parthenos meaning “virgin,” and genesis, meaning “birth.”

9. Dozens of species of sharks, like these lantern sharks, can glow in the dark, using light-emitting organs called photophores 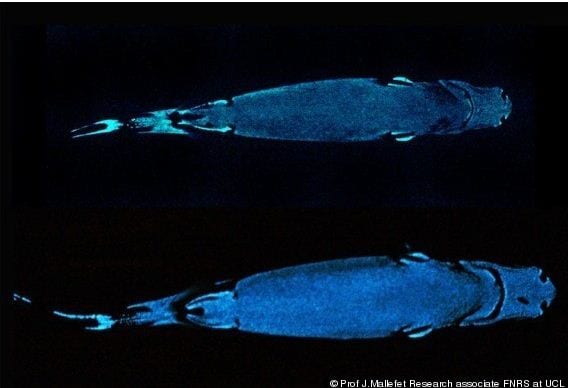 10. The deadliest predator in the world, both in the water and on land, has been identified: homo sapien, i.e. humans. Recent research has reported that over 100 million sharks are killed by humans every year, mostly just for their fins for the Asian delicacy shark fin soup. Unsustainable fishing methods like shark finning have caused the decline of some shark species by as much as 99 percent in recent decades. So it’s time to stop being scared of sharks, and time to start being scared FOR sharks and their future.

Tell your Representative to ban the buying and selling of shark fins in the United States and help protect sharks! 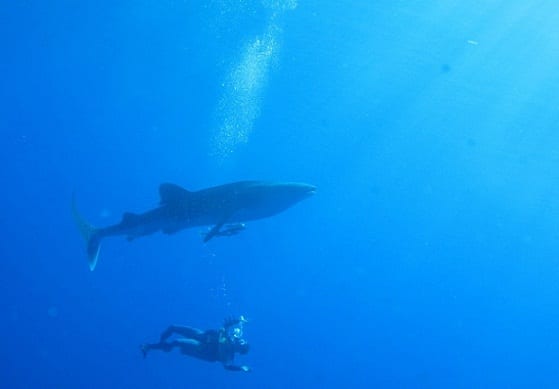