Despite their seemingly comical appearance, sunfish are truly astounding creatures. They are the heaviest bony fish in the world—capable of reaching 5,000 pounds. Unlike other fish, they are often taller than they are long: They grow up to 14 feet in height, while they grow to about 11 feet in length! These massive fish can live for an impressive ten years. 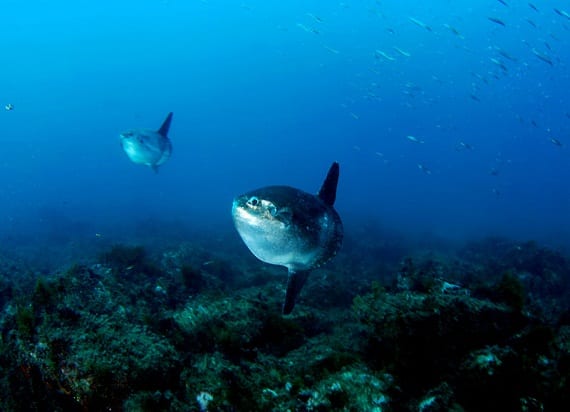 Sunfish are aptly named for the way they float along surface currents and seemingly bask in the sun, though they are also good divers and can migrate long distances in deeper water. Because they swim rather slowly, their rough, gray skin can become infested with parasites (40 different kinds of parasites have been detected on sunfish!). Birds and small fish can often be seen feeding on them, and sunfish can also breach from the water’s surface in an effort to remove the parasites. They’re distributed in temperate and tropical waters around the world.

Another interesting fact about sunfish is that the females produce the most amount of eggs of any bony fish—laying 100 million tiny eggs in the open ocean. When they hatch, the larvae have tiny spines sticking out from their skin that disappear with growth, says the New England Coastal Wildlife Alliance. Sunfish are known to make noises using their throat teeth, which is thought to help them find a mate. 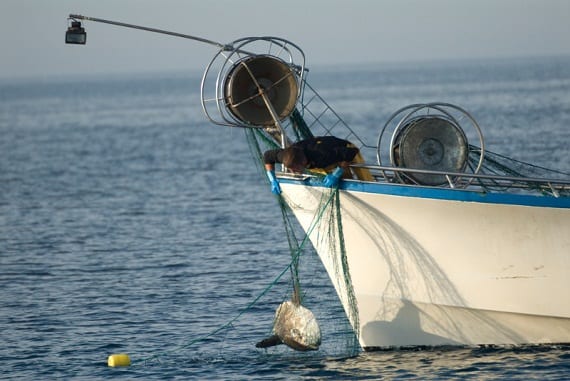 Because sunfish sometimes lie at the ocean’s surface, they are vulnerable to fishing activity from drift gillnets—mile long nets that sit at the ocean’s surface and are deployed from dusk to dawn. It’s estimated that about one-third of the California drift gillnet swordfish fishery’s catch is sunfish, while they comprise up to 93 percent of the Spanish gillnet fishery in the Mediterranean, according to the Monterey Bay Aquarium. Since jellyfish are molas’ main prey source, alongside small fish and zooplankton, sunfish often confuse plastic bags for jellyfish—and then either choke or starve to death from this trash. Despite these threats, ocean sunfish populations are thought to be stable.

Take a look below for a closer look at these unique fish: 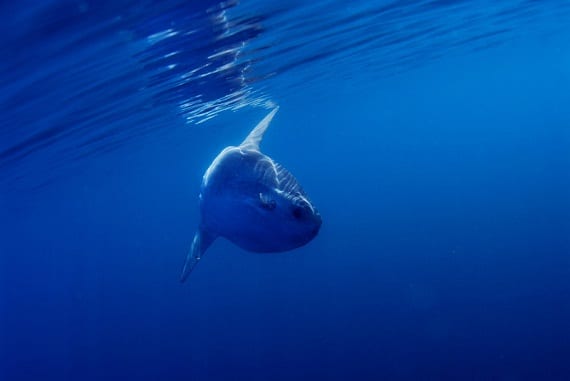 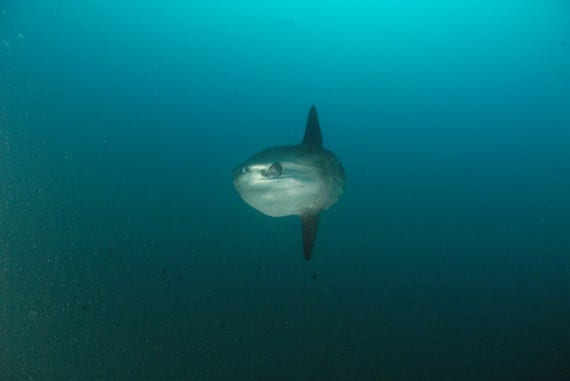 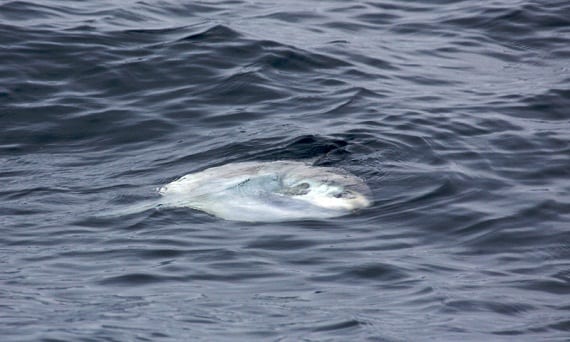