As America’s favorite seafood, there’s a good chance you’ve consumed shrimp before, whether that be as shrimp salad, shrimp scampi, or battered coconut shrimp. And while all of those dishes are absolutely delicious, consumers don’t often realize what they’re getting when they order “shrimp.”

Similar to other seafood selections—say sockeye salmon and coho salmon, or littleneck and longneck clams—many different species lie behind the general “shrimp” term. From the pink, brown, and white shrimp species of the Gulf of Mexico, to the farmed and often imported whiteleg shrimp, the shrimp on your dinner plate is not always what you assume. This carries health and economic risks for consumers, whose wallets may be deceived by the shrimp they’re actually receiving, especially if it comes from a farmed or an illegal and unregulated source. 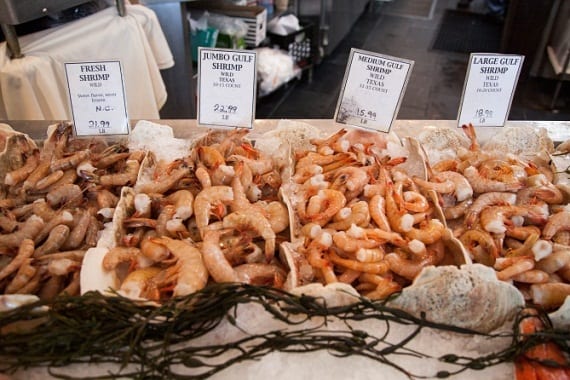 In case you missed Oceana’s blog coverage last week, we’re outlining five of the most important facts from the report. Take a look below to learn more.

President Obama’s recently designated Task Force on Combatting Illegal, Unreported, and Unregulated (IUU) Fishing and Seafood Fraud is developing solutions to tackle these problems now. Please join us in calling for seafood traceability to track shrimp from boat or farm to plate, allowing consumers to have more information about their shrimp. Click here to sign Oceana’s petition to call on President Obama’s IUU and seafood fraud task force to recommend traceability for all seafood sold in the U.S.