After Dusky the Shark came ashore for the first time this summer at Discovery Channel’s Shark Week kick-off party in California, Oceana’s Dusky the Shark made his second public appearance in Washington, D.C. last week to help raise awareness for his species. He toured some of Washington, D.C.’s most popular landmarks with the help of Big Bus Tours, and made several stops at the U.S. Department of Commerce, the National Museum of Natural History, Union Station, and around Capitol Hill, where he met fans, took photos, and gathered supporters for his campaign. Every time Dusky makes an appearance, he checks off an item on “Dusky’s Bucket List,” a tool where the public is able to weigh in and make recommendations for Dusky to help save his species.

“Dusky the Shark’s appearances around D.C. and earlier this year in California are a great way for the public to learn more about dusky sharks and help us encourage the federal government to act before it’s too late,” Oceana campaign director Dominique Cano-Stocco said. “Over a decade has passed since protections for dusky sharks were required. It’s time to act!” 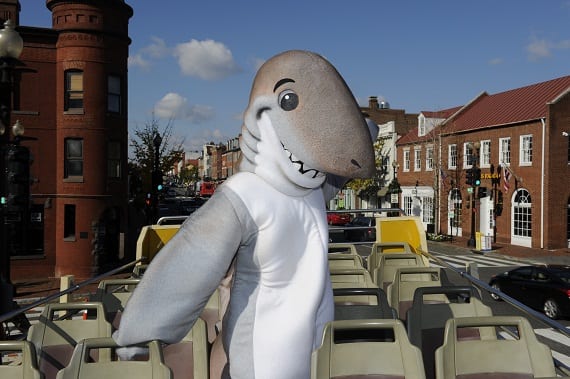 Dusky sharks off the Atlantic Coast have declined by approximately 85 percent from overfishing and bycatch, or the incidental take of non-target species. Despite this serious decline in population numbers, the federal government has not taken substantial action to reverse the fate of this species.

In 2000, the National Marine Fisheries Service (NMFS) prohibited fishermen from intentionally catching dusky sharks in an attempt to reduce mortality and help to rebuild the population. But, NMFS’s ruling did not account for dusky sharks caught as bycatch, and as a result, the northwest Atlantic population is still being overfished. After more than a decade, the federal government has failed to implement regulations that will reduce bycatch and end overfishing of dusky sharks.

In 2010, more than 3,400 dusky sharks were captured as bycatch in just two longline fisheries in the southeast region. Oceana identified these two fisheries in their report released earlier this year, “Wasted Catch: Unsolved Problems in U.S. Fisheries,” as some of the worst fisheries for bycatch in the United States. Then, in 2012, NMFS proposed limits on the number of dusky sharks that could be caught and killed as bycatch, and recommended closing certain areas to longlines if those limits were reached, as required by law. Both conservation groups and scientists supported these measures, but NMFS withdrew its proposal after receiving complaints from fishermen in 2013. This has left dusky sharks unprotected, overfished, and struggling to maintain their population. 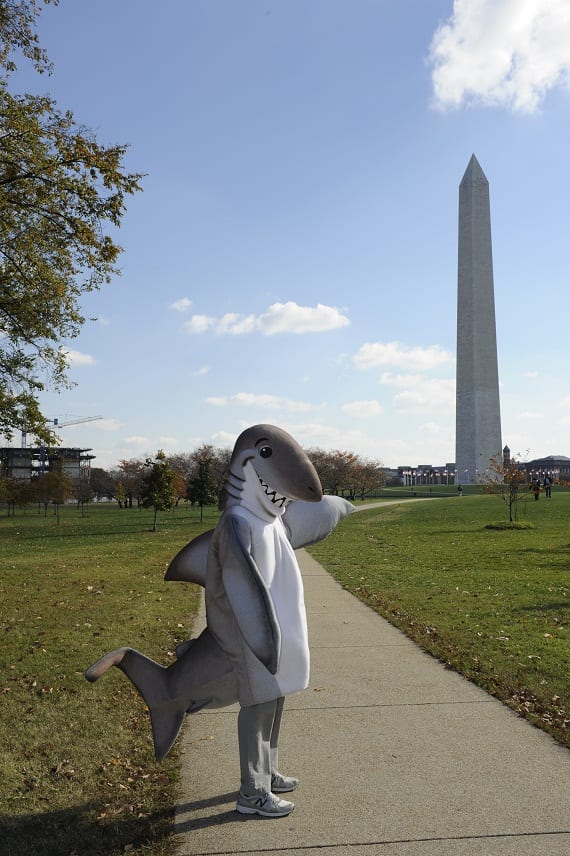 In April, Oceana submitted recommendations to the federal government, calling on NMFS to end overfishing by implementing bycatch limits, as well as closing dusky hotspot areas to longlines. Oceana then launched its public awareness campaign to raise support for dusky sharks and demand action from the federal government to protect this shark species.

In addition to launching “Dusky’s bucket list” and joining Dusky in appearances across the country, Oceana also released a comic strip detailing the plight of Dusky Shark’s and released an infographic with more information. You can pledge your support for dusky sharks and recommend ideas for his Bucket List here. Stay tuned for more updates on the Dusky the Shark on The Beacon! 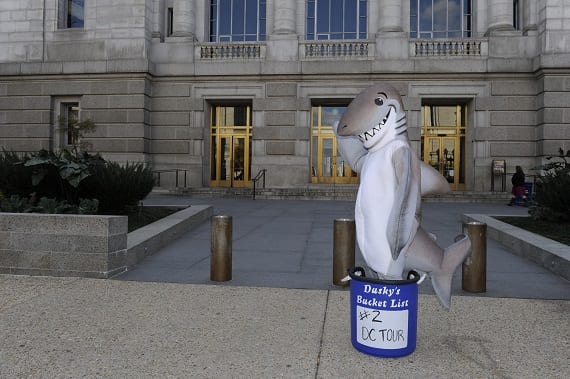 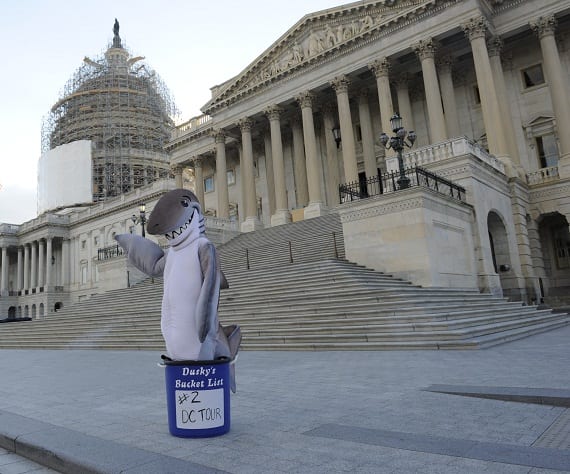