For the past six years, Penny Hooper and her husband have participated in Hands Across the Sand, an annual international event co-sponsored by Oceana to say “no to offshore drilling and yes to clean energy.” Her motivation comes largely from her faith.

It’s these beliefs that fuel Hooper’s work against offshore drilling and exploration in the Atlantic Ocean, as executive committee co-chair of the North Carolina state affiliate of the Interfaith Power & Light program (NCIPL). Housed under the North Carolina Council of Churches, NCIPL “connects the faith voices of North Carolina around climate change” and has been an influential voice with decision makers on issues impacting coastal communities, such as clean energy. 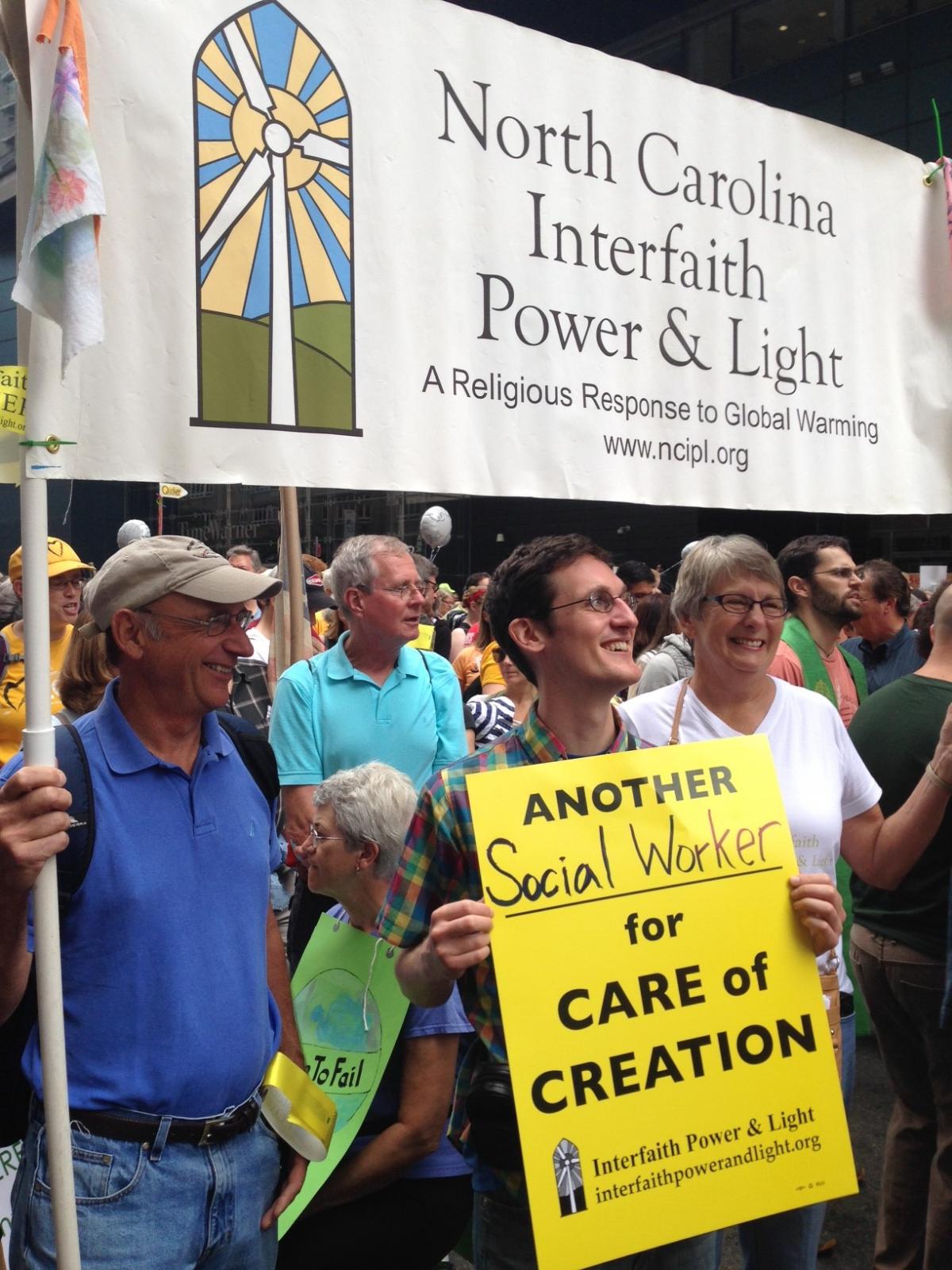 Last year, the Bureau of Oceana Energy Management (BOEM) spoke with various stakeholders in North Carolina about proposed offshore drilling. However, Hooper heard from the then-Director of BOEM, Abby Hopper, that the faith voice was missing from the stakeholders’ comments. 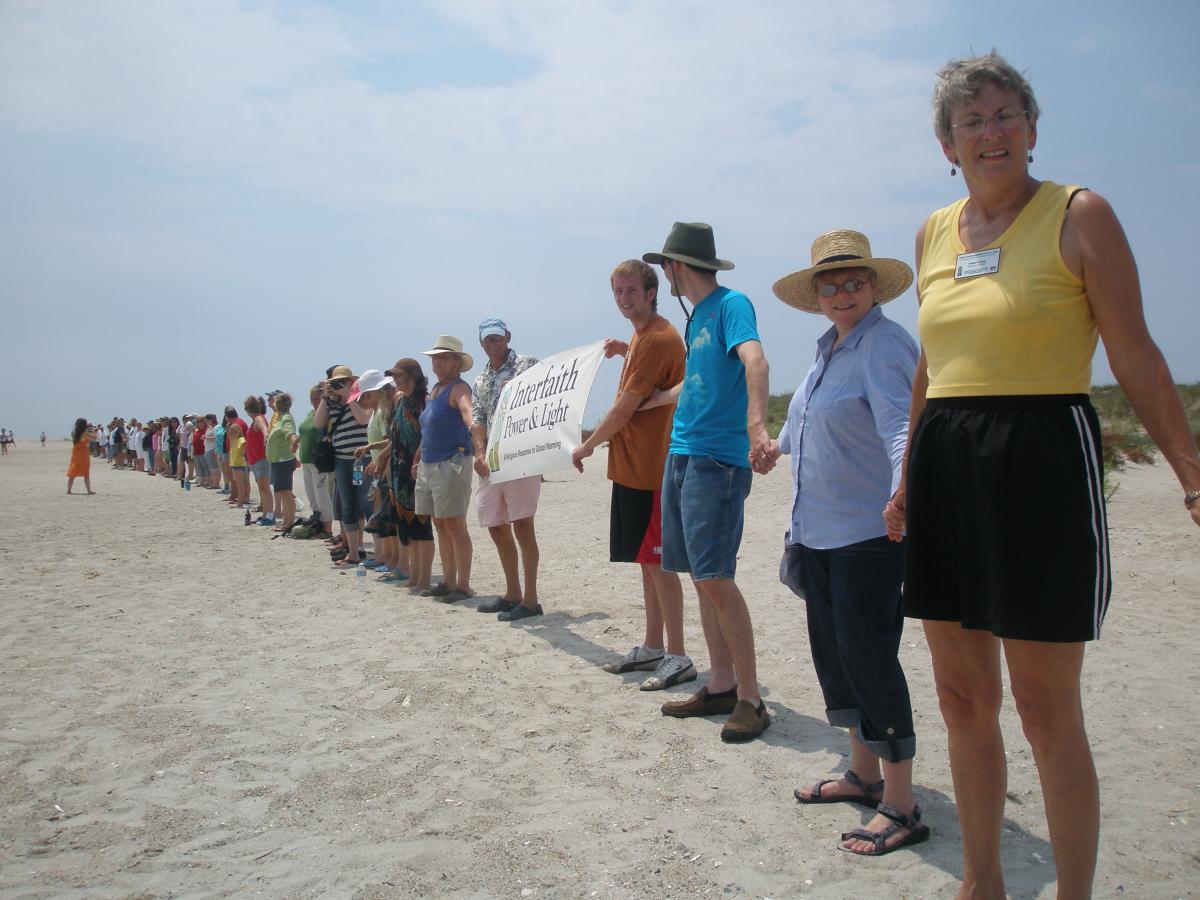 Hooper first made the connection between her religious faith and environmentalism only after she joined the Unitarian Coastal Fellowship in 1996.

“My minister, Rev. Bob Murphy, was very active in the United Universalist Association environmental movement,” Hooper said. “I was an active environmentalist, but had not made the faith connection until I heard it from him and we set out to get a Green Sanctuary certification for our congregation.”

Hooper said the faith-based approach to environmental issues is effective because “caring for creation” and “caring for the least among us” are universal ideas that everyone can relate to and understand.

“NCIPL comes at the issue of climate change through the heart, rather than the head,” Hooper explained. “It takes the problem out of the academic realm and puts it in the moral responsibility, or ethical, realm.” 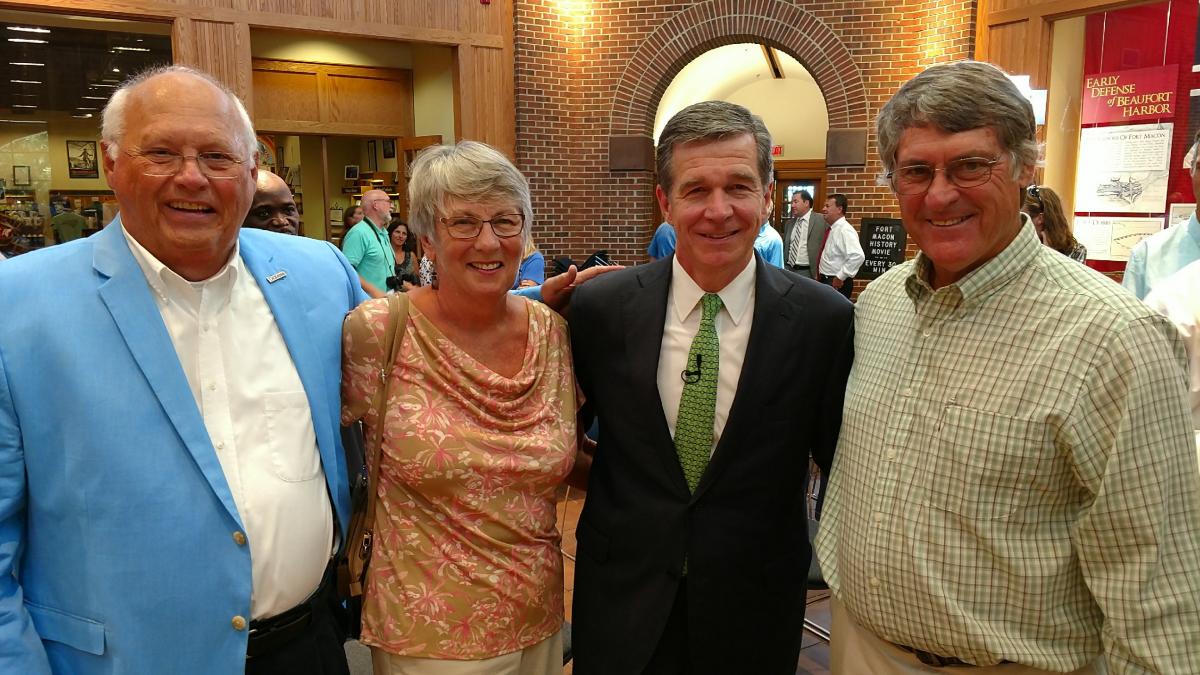 “Some folks might refer to environmentalists in a derogatory fashion, using words like “tree huggers” and they might think we are anti-development and anti-many other things,” Hooper said.

She suggested that faith-based organizations help dispel those misconceptions by coming “at the issues from the positive side of how do we come together to save what we love and care about the most. We provide hope-filled solutions to climate change.”

For  NCIPL, that involves recognizing “that offshore oil and gas activities jeopardizes an entire way of life for communities with vast economic, social, cultural, familial and spiritual consequences,” as their letter stated.

“I really sincerely believe that most people want to do the right thing and that means caring for God’s Creation,” Hooper said.