In 2014, a small town in North Carolina called Kure Beach became the flashpoint for East Coast opposition to seismic airgun blasting and offshore drilling, a movement that exploded all along the Atlantic coast. As of today, more than 130 municipalities, six governors and an alliance representing over 41,000 businesses and 500,000 fishing families are united in their opposition to offshore oil and gas drilling and/or exploration in the Atlantic.

It all started in December 2013 when then-mayor of Kure Beach Dean Lambeth signed a letter to the federal government endorsing seismic airgun blasting — the practice of using loud blasts of air to search for potential oil and gas deposits below the sea floor. According to the Associated Press, the letter was written by America’s Energy Forum, a lobbying group backed by the American Petroleum Institute.

Little did Lambeth know his decision would ignite a fast-growing grassroots movement.

When the town’s residents caught wind of Lambeth’s letter, they showed up in droves at a town hall meeting to voice their opposition. The crowd size was “absolutely unbelievable,” according to Emilie Swearingen, who at the time was a town commissioner.

At a typical town council meeting, Swearingen said only half a dozen people would show up. This time, more than 300 attended, many in matching blue Oceana shirts, flooding a room meant to hold only 60.

Before the meeting, Swearingen began looking for more information on seismic testing and offshore drilling, and spoke with Oceana senior campaign organizer Randy Sturgill. Her research led her to conclude that offshore activities would be detrimental to Kure Beach, which she described as a “nice, quiet, peaceful, little fishing village” that’s home to the oldest fishing pier on the Atlantic coast.

And so, Swearingen argued on behalf of the constituents at the town hall meeting, explaining that seismic airgun blasting and offshore drilling would destroy the quality of life that Kure Beach residents enjoy. Person after person testified in support of Swearingen’s position; only two spoke in favor of offshore drilling and exploration — one of which was an oil industry lobbyist from out of town, as seen in the video above. 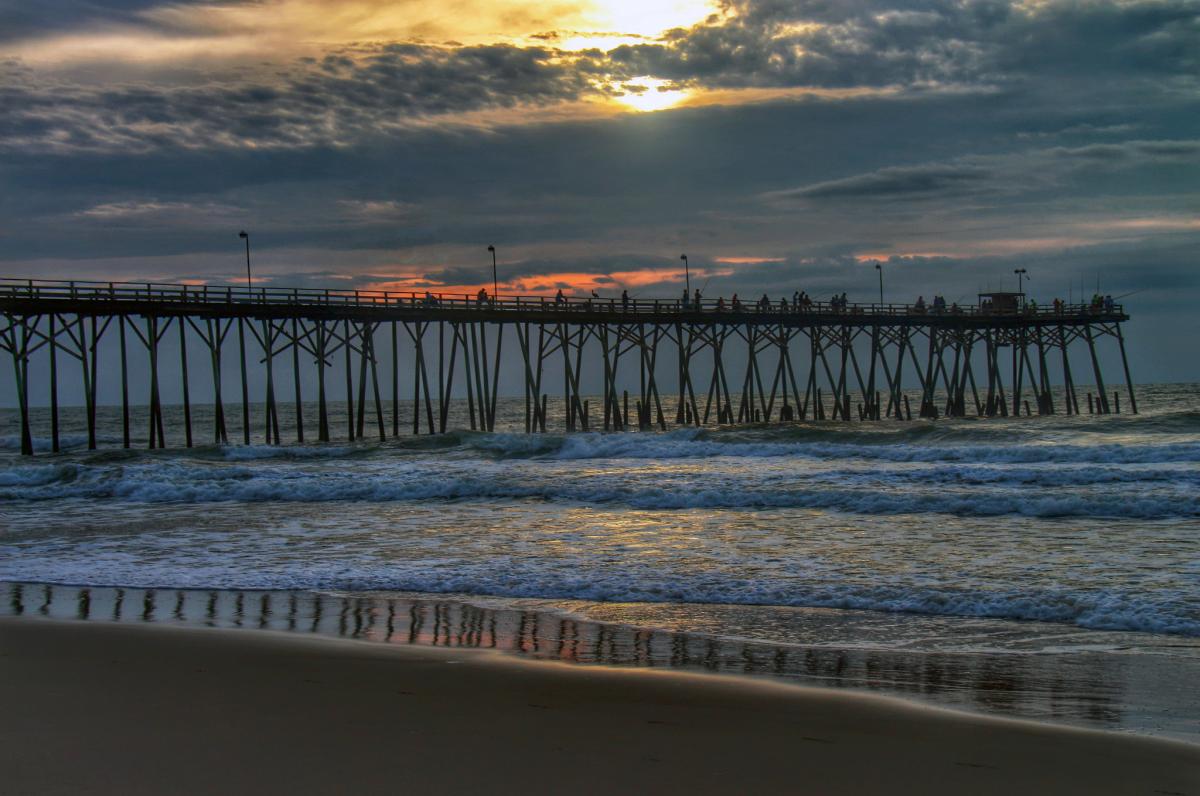 While seismic airgun blasting is used to help predict where oil and gas deposits might be, the only way to know for certain is to drill exploratory wells, which are susceptible to leaks, spills and major accidents (the BP Deepwater Horizon that exploded in the Gulf of Mexico was drilling one of these exploratory wells).

The impacts to tourism would threaten the livelihoods of many of the town’s residents. Swearingen said in addition to oil potentially washing up on the shore, industrialization of the coast could also damage the economy — pipelines, refineries and other infrastructure are needed to process and transport oil and gas.

“Our tourists would never come again if they saw that,” she said.

As of 2014, ocean tourism and recreation accounted for $356.7 million in gross domestic product for New Hanover County alone, where Kure Beach is located, according to the National Oceanic and Atmospheric Administration.

“We can’t afford to put a huge dent in an industry like that,” Swearingen said.

The following year in 2015, Swearingen ran for mayor, speaking out against seismic airgun blasting and offshore drilling throughout her campaign. That November, the town voted Lambeth out of office and elected Swearingen as their new mayor, one who would listen to their concerns and protect their coast. Soon after, Kure Beach passed a resolution opposing seismic airgun blasting, and offshore oil and gas drilling.

Swearingen continued the fight, traveling to Capitol Hill to advocate for the coast. 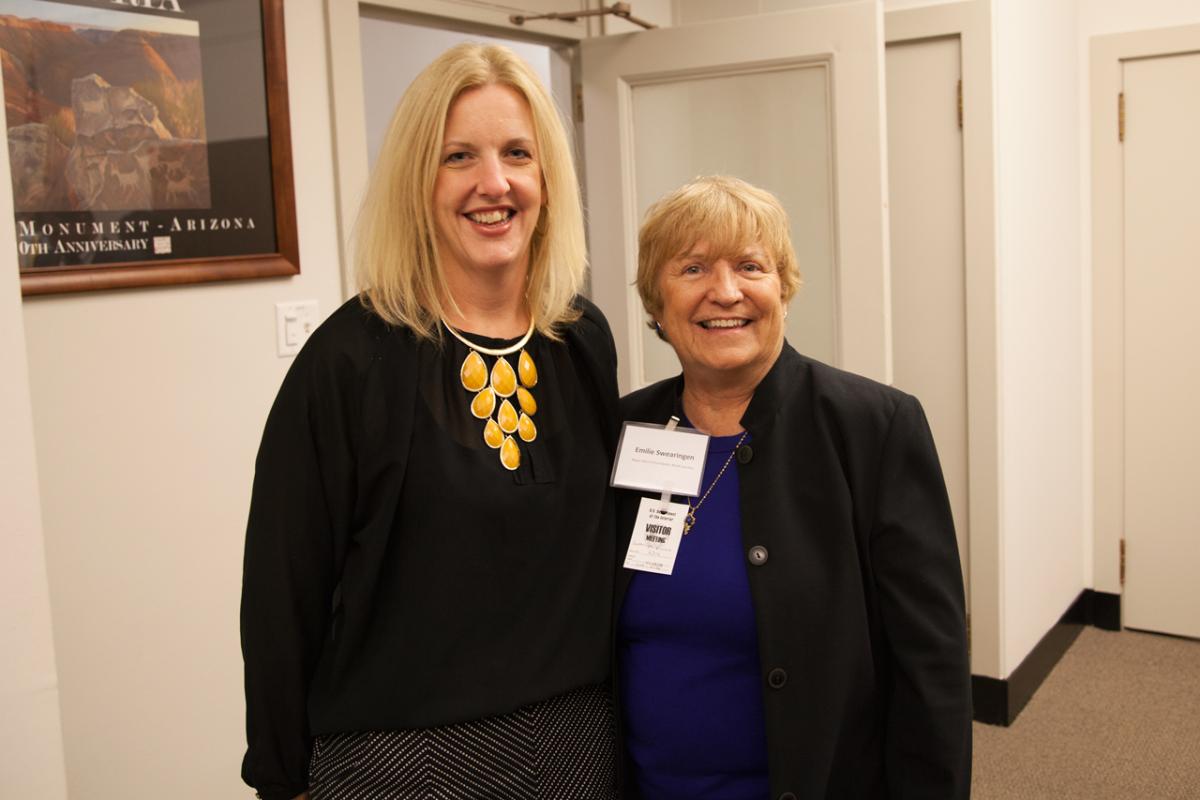 “I [needed] to let our elected officials up here know that their constituents are very, very concerned about this. There are some things that are more important to them than money, or oil, or gas, or seismic testing.”

But this April, President Trump signed an executive order aiming to open up new areas like the Atlantic to offshore drilling, which shocked Kure Beach residents. The order also mandated expedited seismic permitting, despite the fact that studies have shown seismic airgun blasting can harm animals from whales to zooplankton.

“Those of us who live here didn’t see that coming at all,” Swearingen said.

She stressed the importance of citizens letting their members of Congress know that they oppose seismic airgun blasting and offshore drilling – the same way Kure Beach residents did.

“The only people in this country who can stop the president is our Congress,” she said. “We need to let the people in D.C. know that the average citizen doesn’t want this.” 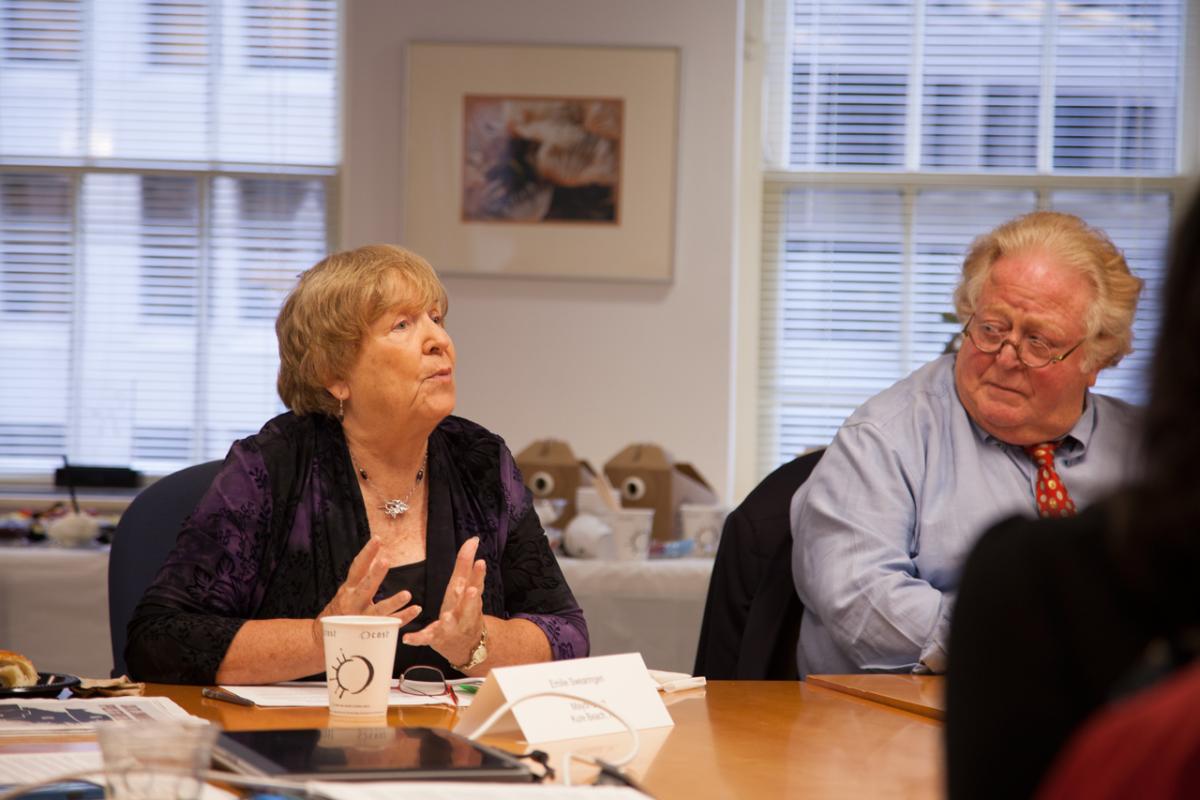 When Swearingen’s term ends this year, she said she will not seek re-election as mayor. But while she initially planned to stay out of politics, she will run for town council instead so she can stay involved in the movement against seismic airgun blasting and offshore drilling.

Kure Beach can be an example to others along the coast – politicians need to heed their constituents rather than supporting the interests of oil and gas lobbyists.

“I like to think what we did wrong back home [in Lambeth sending the letter] really spurred everyone else on the East Coast to do what’s right,” she said.

Next week, we hear from those in the real estate industry about the consequences of offshore drilling to coastal businesses. Former investor Jim Cox shares his experience living on Pensacola Beach, Florida, when the BP Deepwater Horizon disaster tainted his town’s famous white sands with oil. And it’s this scenario that broker Sandra Bundy will tell us she’s afraid will befall the South Carolina coast where she lives and works.