Fantastic coloring and undeniable charm makes the Atlantic puffin one of the most popular and recognizable seabird species—but there’s a lot more to these sturdy birds than you’d first expect.

Atlantic puffins are known for their distinctive black-and-white coloring and their brilliant bills. The large, triangular bills sport brilliant red, blue, and yellow coloring during the summer breeding season, but the colors become more muted during the winter. 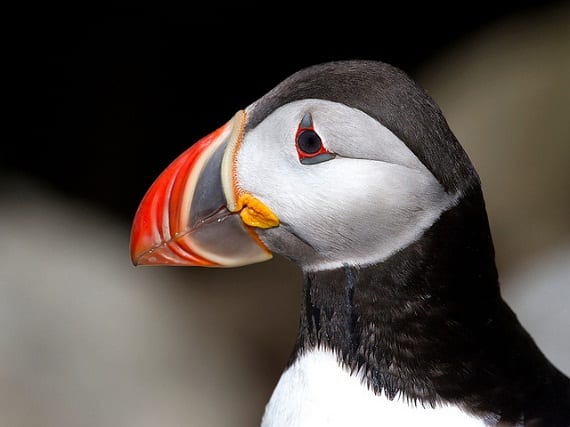 Atlantic puffins are found across the North Atlantic, ranging from Maine to Greenland in North America and all the way across the ocean to Iceland and northern Europe. They spend summers in large breeding colonies on rocky, offshore islands, but for the rest of the year puffins head out into the open ocean. Scientists think that puffins can live to be more than 30 years old. 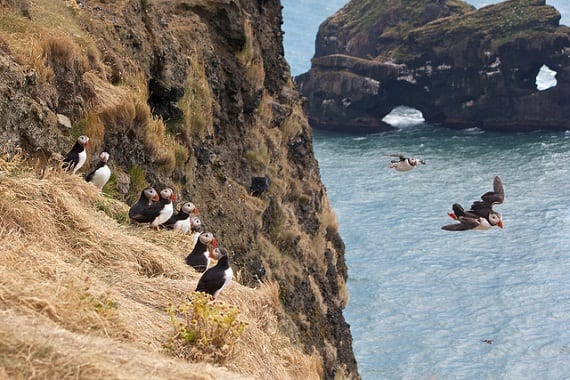 Though they may look like penguins, puffins can fly rather well. But like penguins they nest on the ground, usually under boulders or in burrows lined with grass and feathers. Puffins pair up in the spring and lay one white egg in May. Both parents take turn incubating the egg, and after about six weeks a fuzzy, black puffin chick, or puffling, hatches.

For the next six weeks, both puffin parents travel out to see to catch tiny fish for their chick. Adult puffin can dive up to 200 feet underwater to grab small fish like capelin, herring, and white hake. Special barbs on the roofs of their mouths help puffins hold more than a dozen small fish in their bills at once. 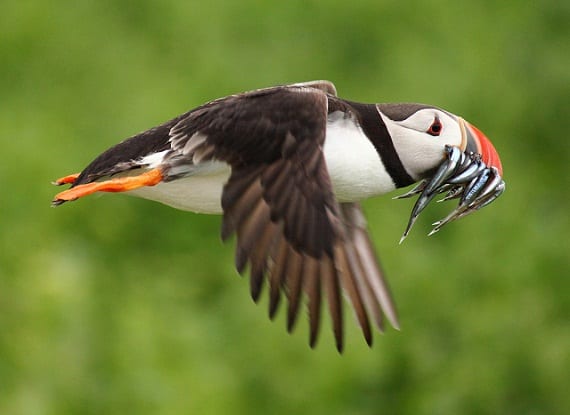 Puffins may be a very popular little bird, but a century ago their popularity almost drove them to extinction. Atlantic puffins were hunted heavily for their eggs and meat in 1800s and early 1900s. Populations crashed, and puffins were nearly extirpated from many parts of their range, including Maine. A reintroduction program called Project Puffin successfully established new breeding colonies in Maine, and currently the American population of puffins is growing. 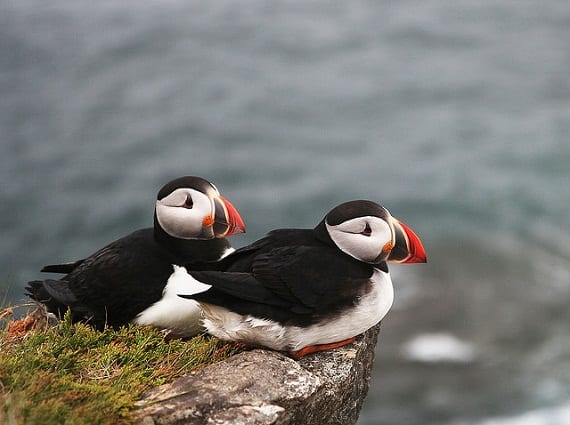 Atlantic puffins depend on just a few species of fish, and are therefore sensitive to overfishing. You can help Oceana protect them by adopting a puffin for a friend or family-member this holiday season. Visit the Oceana adoption store to learn more, and check back for more Creatures Features on The Beacon.