Barnacles are one of the most eerie looking marine creatures that exist. You may have noticed them the last time you visited the beach, attached to docks and boats or perhaps attached to old oyster shells on the beach. In this creature feature, we’re uncovering the secrets behind barnacles that give them their unique look.

These gray-white creatures are often confused for mollusks, when they’re actually crustaceans. They live in salt and brackish water, typically in the intertidal zone. Multiple  species of barnacles exist around the world, including acorn, giant, gooseneck, ivory barnacles, and more. Depending on the species, barnacles can grow up to several inches long and live for over a dozen years.

One of the most fascinating things about these crustaceans is that they spend their lives attached to one surface. After floating freely as larvae for a few days, they use adhesive tips on their antennae to choose a hard surface, typically one where adult barnacles have already colonized. These surfaces can include boats, ropes, sea turtle carapaces, mollusks, and even our own plastic trash.

Once they pick their lifelong home, they get to work establishing their “house.” They attach their heads first to a solid surface using a brown glue—one of the strongest adhesives in the world. They build several wall-like structures of hard calcium, including a few casings at the opening of their house that can open and close to protect themselves from rising and falling tides. In addition to these protective houses, they build shells around them that can molt and regrow—similar to how a blue crab molts it shell.

You may be wondering how barnacles feed and mate if they’re stuck to a hard surface, but these little crustaceans have lots of tricks. To feed, they dangle feather-like feeding appendages coated with sensory hairs in the water column to filter out plankton and detritus. To mate, one barnacle extends a retractable tube filled with sperm towards a nearby barnacle and releases sperm into the water.

Despite these fascinating traits, the one thing that barnacles are most known for is their “glue”—the material that allows them to stick to any surface for a lifetime. Stronger than any manmade glue, scientists have long tried to unlock the secret behind this material. Last month, they finally made a breakthrough and discovered that the key to this superglue is that barnacles release an oily substance on substrates to clear the area of water before sticking. The scientists say this discovery has implications to advance both the medical field and shipping industry.

Take a look below for a close look at barnacles: 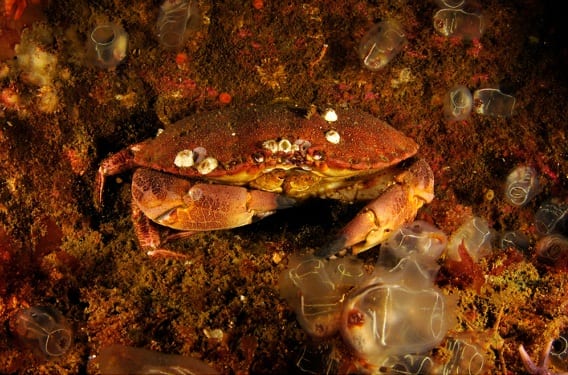 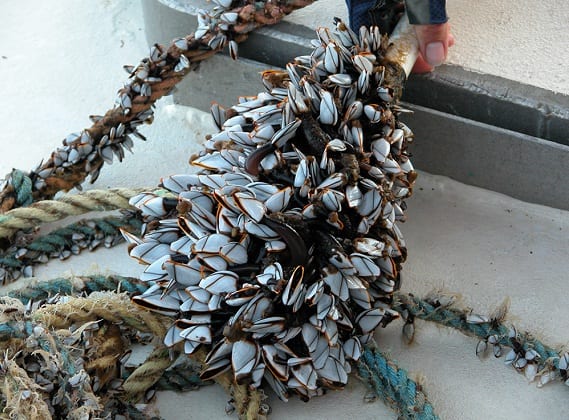 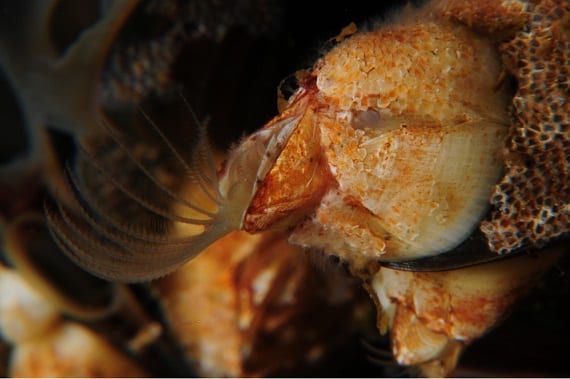 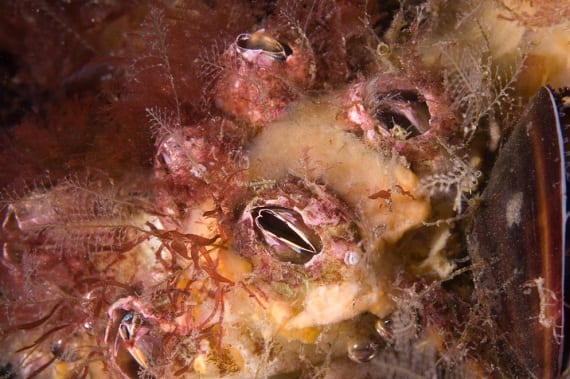