This lobster species is perhaps best known for its impressive navigational skills. Caribbean spiny lobsters orient themselves with the Earth’s magnetic field, and then follow that point to find food at night and for long migrations. During these migrations, they form queues—long, single file lines in groups of 50 that walk day and night until reaching their destination. Lobsters prefer warmer water, so they migrate en masse to deeper waters when water starts to cool in winter.

Caribbean spiny lobsters are found from North Carolina to the Caribbean Sea, and inhabit both coastal and offshore waters up to 1,650 feet deep, according to NOAA. They live in dense vegetation as juveniles but then move into coral reefs, sponges, and crevices as they grow. These lobsters can live for 20 years and — if the conditions are right — grow to an impressive two feet long. 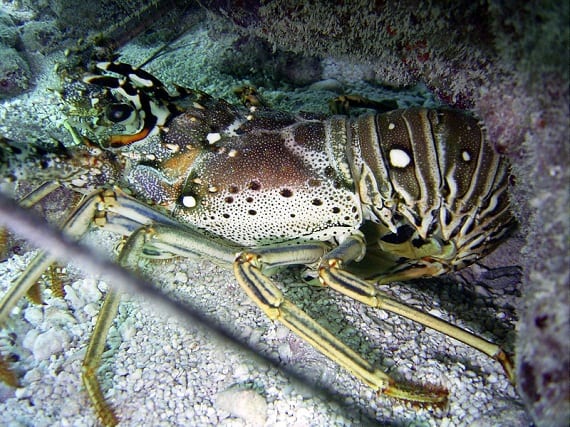 Caribbean spiny lobsters are aptly named for the forward-facing spines on their backs that protect them from predators like grouper, snapper, sharks, skates, turtles, and octopuses. Their long, horn-like antennae also scare off predators, and they have a pair of smaller antennules that can detect predator movement. 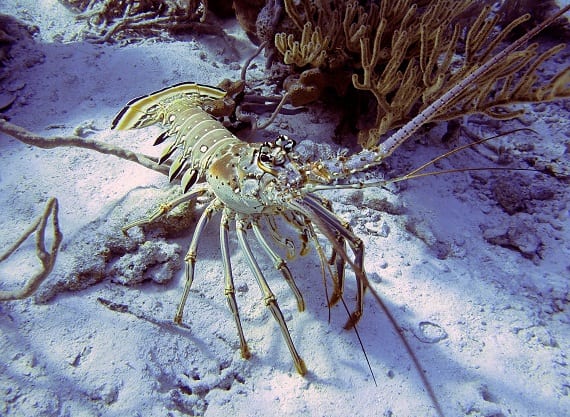 If you haven’t encountered this colorful crustacean in the wild, there’s a good chance you have actually interacted with the Caribbean spiny lobster before on your dinner plate! If you’ve ever ordered lobster tail, the chances are you’re ordering spiny lobster. This commercially important species lacks the large front claws of its cousin, the American lobster, so it’s mostly harvested for its tail meat.

In Florida, spiny lobster are the second most important shellfish fishery behind shrimp, estimated to be worth $20 million in the commercial fishery. The recreational fishery for this species began today in Florida, with a two-day sport season. While NOAA says that the species is not overfished, Oceana warns that Caribbean spiny lobsters could decline without proper management. 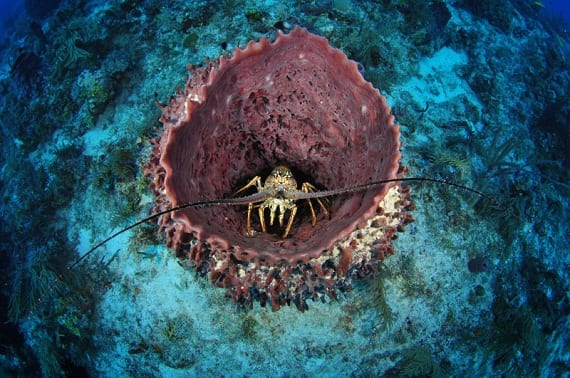