Chances are you’ve seen an emperor penguin before—at least in photographs or while watching the movie Happy Feet. But did you know that these charismatic birds are one of the hardiest species on the planet?

Emperor penguins are the world’s largest penguin and are found year-round only in Antarctica. Like other penguins they can’t fly—instead, their wings and feathers are streamlined for lightning-fast movement under water. They’re skilled predators, diving to depths of up to 1,750 feet to search for fish and crustaceans. Scientists recently discovered that emperor penguins can generate extra bursts of speed by releasing tiny air bubbles trapped within their feathers. These microbubbles temporarily reduce friction between the penguin’s feathers and the water, helping them reach faster-than-usual speeds. 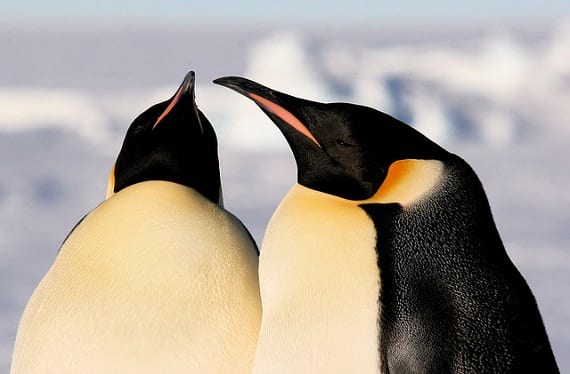 Emperor penguins are probably best known for their astounding ability to breed during the Antarctic winter. The penguins gather in large colonies on the ice to pair up and breed. After the female penguin lays one egg in early winter, she painstakingly transfers it to the male, who perches it on top of his feet. A warm, feather-covered flap of skin protects each egg from the freezing winter temperatures.

The females are exhausted after laying their eggs, so they immediately trek several miles out to sea to feed and regain their energy. Meanwhile, the male penguins huddle together for warmth amid the darkness, taking turns in the center of the huddle. There they wait for about two months, enduring high winds and temperatures as low as -40 degrees Farenheight, all without food. Male emperor penguins lose nearly half of their body weight during this time. The females return from the sea just as the eggs hatch, and they feed the new chicks with food stored in their stomachs. Males are then free to head out to sea and end their long fast. 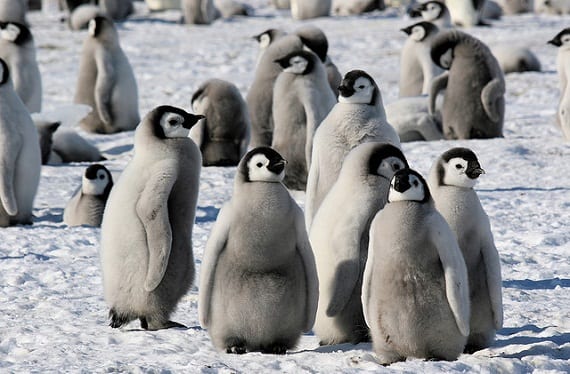 Emperor penguins are ranked near threatened by the IUCN Redlist, because climate change will reduce their limited sea ice habitat. You can help Oceana protect these amazing birds by adopting an emperor penguin for a friend or family-member this holiday season. Visit the Oceana adoption store to learn more, and check back for more Creatures Features on The Beacon. 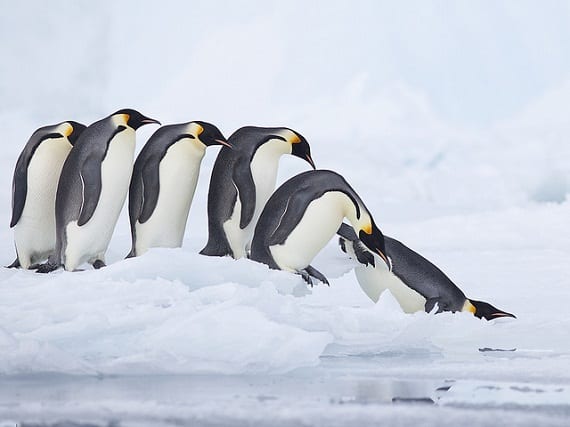