If you asked the artist Salvador Dali to dream up an ocean creature, he might have designed something very much like the leafy seadragon, one of the ocean’s most uniquely beautiful creatures. Covered in gossamer ruffled appendages, the characteristic tassels and frills that adorn the leafy seadragon’s head and body serve as spectacular camouflage, baffling both predators and prey, and make the seadragon all but invisible among seaweeds and kelp beds. 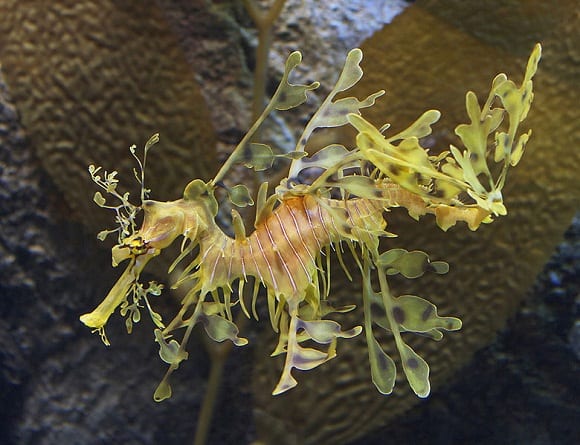 The leafy seadragon, or Glauert’s seadragon (Phycodurus eques), is closely related to the sea horse, but has a longer, tubular snout. The leafy seadragon uses its snout like a drinking straw, sucking up thousands of plankton and tiny crustaceans in a day. 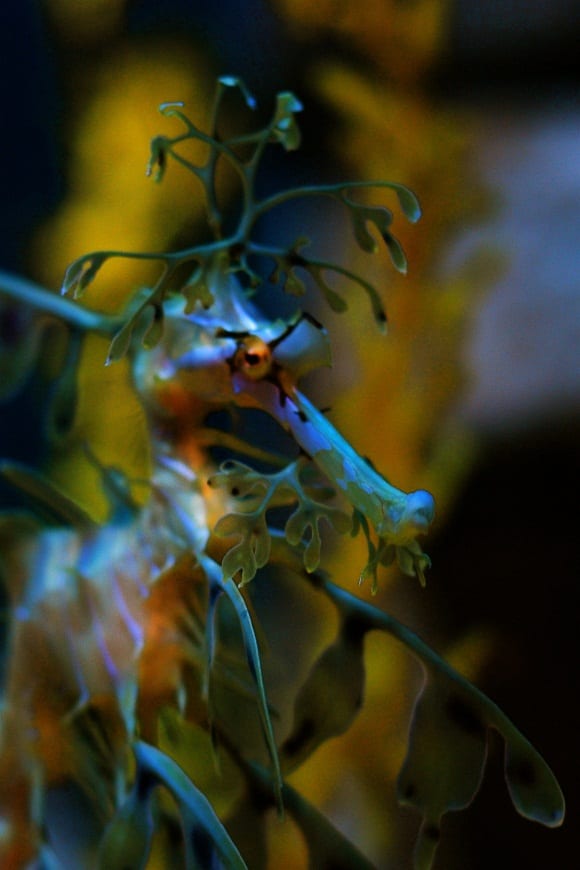 Leafy seadragons live a largely solitary lifestyle. Like seahorses, the male leafy seadragon is responsible for childbearing. Instead of carrying the eggs in a pouch, however, the male seadragon has a spongy brood patch on the underside of its tail, where females deposit their bright pink eggs (up to 300!) in mating. 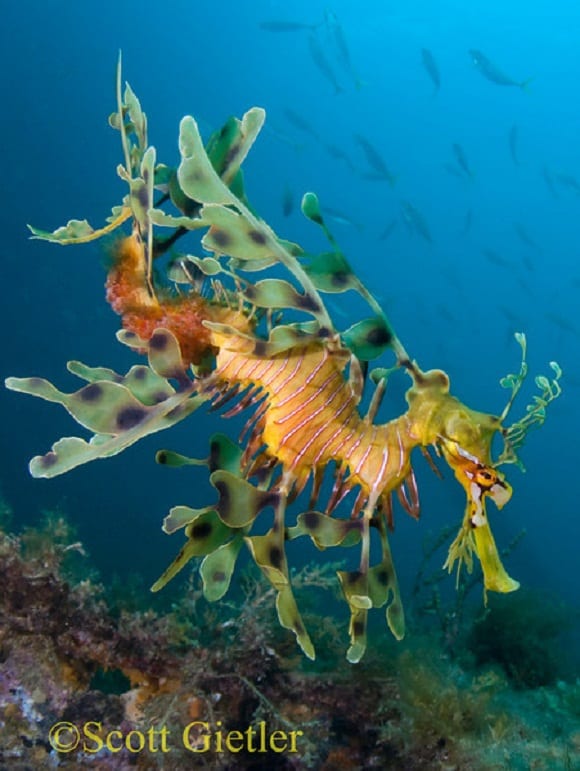 The eggs are fertilized during this transfer from female to male, and the male leafy seadragon carries these eggs to term over four to six weeks, during which period the eggs change from bright pink to a purple or orange color. During hatching, the male only releases a few babies at a time, pumping his tail until the infants emerge. He may take several hours to several days to release the whole brood.