Creature Feature: Five Sharks You May Have Never Heard Of

With almost 500 shark species wandering the world’s oceans, it’s nearly impossible to understand all there is to know about each one of them. The smallest shark can be as tiny as eight inches and fit in the palms of your hands, while the largest can grow up to 40 feet long, not to mention a whopping 11 tons, according to the World Wildlife Fund. While most people are well aware of the great white, the hammerhead and the tiger shark, among others, Shark Week provides the perfect opportunity to shed some light on those lesser-known sharks that are just as vital to marine ecosystems, not to mention exhibit several bizarre characteristics. You may be surprised to learn what these impressive animals are truly capable of when you go below the surface. 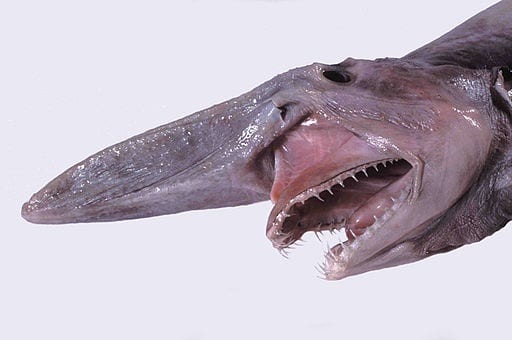 Perhaps the most intriguing thing about goblin sharks, aside from their alarming appearance, is the air of mystery that continues to surround them today. These sharks, characterized by a long snout and teeth visible even when their mouths are closed, are rarely observed. Though they swim both near the surface and down to depths of 4,000 feet, most scientists’ knowledge of goblin sharks comes from accidental capture. What we do know is that their rostrum, or snout, is covered with special organs to help them locate prey by sensing the electric field created by other fishes — talk about being ahead of the game as a predator!

Apart from its name, there is something else very deceiving about this sweet-sounding shark. Though it may only grow to be about 20 inches in length, the cookiecutter shark is a violent predator that uses its sharp, upper teeth to latch on to the skin of its prey while its lower teeth “scoop” out a chunk of flesh or blubber, leaving behind large scars. It just goes to show that even though you’re small it doesn’t mean you can’t pack a punch! As many other shark species do, cookiecutters lose their teeth and grow several new sets in a lifetime to ensure they always have sharp teeth for feeding. But, to make things even more interesting, cookiecutter sharks often swallow old teeth rather than letting them fall to the ocean floor.

If you were looking for the couch potato of the ocean, you may have found it here. This shark’s name comes from its tendency to simply bask in the sun at the water’s surface rather than swimming for miles on end. But, it is also the second largest shark in the world, trailing just behind the whale shark. And while you may expect them to be quite the predator due to their size, these sharks are actually pretty harmless and eat very small prey, mostly planktonic. They live both north and south of the equator, but unfortunately they are highly depleted due to centuries of targeted fishing.

Its name may say it all for this particular shark species that is so rare; it wasn’t even discovered by scientists until late into the 20th century (1976). Since then, only a handful have ever been observed. But when you see one, you can’t miss it. Megamouth sharks are recognizable by their incredibly large mouths that remain wide open day and night to filter feed on their preferred planktonic prey, making them one of three filter-feeding sharks. These sharks tend to hide under a cloak of darkness, preferring the deep depths of the ocean and only coming to the surface at night. As such, their conservation status is largely unknown. According to the IUCN Red List, the greatest threats to this species include incidental bycatch by littoral drift gillnets and pelagic longlines. 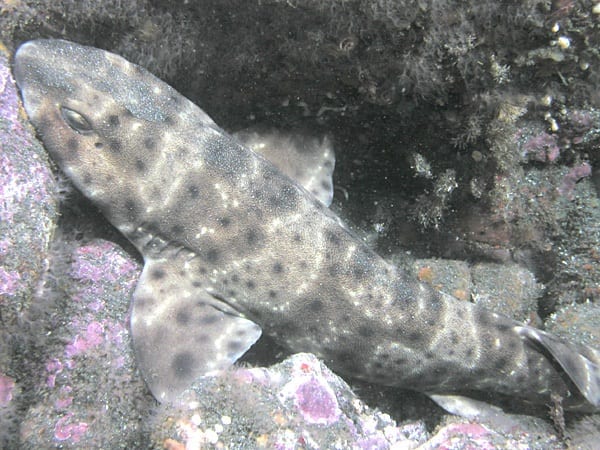 The swell shark is capable of some surprising transformations when faced with a potential predator, making it an incredibly unique species definitely worth reading up on. Though not large enough to frighten off curious creatures, the swell shark can actually bend its body into a U-shape by grabbing its tail fin with its mouth, according to the Florida Museum of Natural History. Then, the shark swallows a great deal of water, swelling its body to almost twice the size and discouraging anything from taking a hungry bite. Additionally, this shark isn’t the typical one shade of gray like many others, but instead features a mix of yellow and brown with white and brown spots all over.