You’re probably familiar with at least a few penguin species—like the emperor penguin, which got its claim to fame in the movie Happy Feet, or the Galapagos penguin, which is the only species naturally found north of the Equator. In this Creature Feature, we’re shedding light on a penguin that’s less well known but equally adorable: the Magellanic penguin.

This species—the only penguin species to breed on the Patagonian mainland—is found around southern South America along the Atlantic and Pacific coasts, as well as the Falkland Islands. There are breeding populations in Argentina, Chile, and the Falkland Islands, and others migrate to southern Brazil, according to the International Union for Conservation of Nature and Natural Resources. It’s estimated that there are 1.3 million pairs of these penguins left—with the majority of them concentrated along the Argentinian coast—though their population is declining.

These small penguins can grow to just over two feet tall, and weigh about 12 pounds. They feed from the cold water moving northward from the Southern Ocean—typically feasting on small fish like sardines, crustaceans, and krill—and can swim up to 15 miles per hour in search of their prey. These penguins have black-and-white feathers, and are easily distinguished by the two black bands across their chest.

Like Humboldt penguins, Magellanic penguins dig burrows for their nests, or disguise them among shrubbery if they along a rocky environment. Prepared for weather events, these penguins include a layer of vegetation in their nest to help protect it from flooding events, according to the Bronx Zoo. 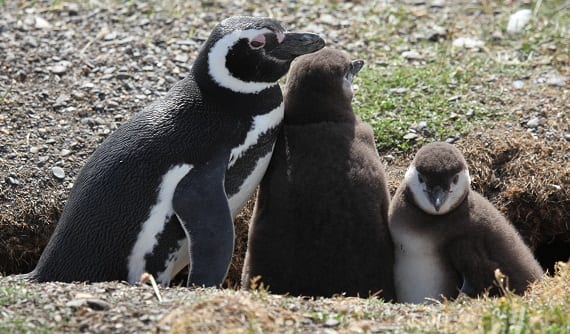 During breeding season, these penguins can congregate in groups as large as 400,000 birds! Females usually lay two eggs per year, and both the male and female penguin care for the young once it hatches. Chicks hatch after five to six weeks, and have waterproof feathers by two months old—though it can take up to two years to grow their distinguishable black and white feathers.

Today, oil pollution, commercial fishing (especially the Argentinian anchovy fishery), and hunting are some of its biggest threats. In fact, it’s estimated that 40,000 penguins die per year from oil pollution in Argentina and the Falkland Islands. Additionally, tourism, natural predation, and capture in fishing gear also pose risks to these penguins. Magellanic penguins are listed as near threatened on IUCN Red List of Threatened Species.

Take a look below for some adorable photos of this penguin species. 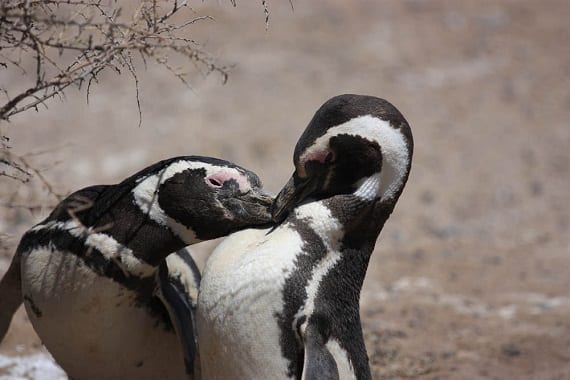 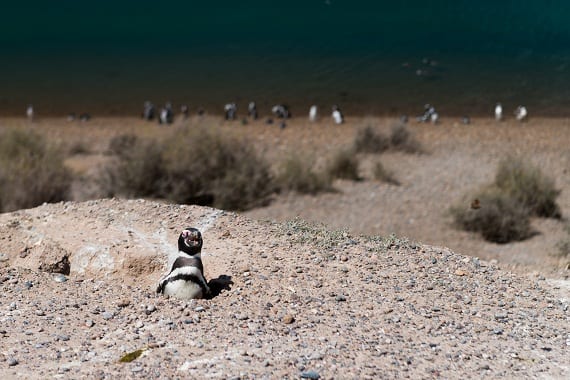 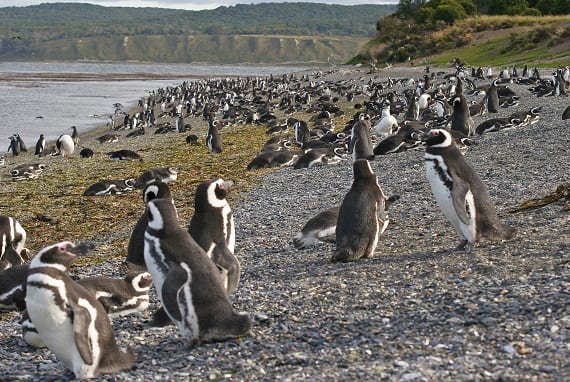