Whether you know them as starfish or sea stars, these five-arm invertebrates will always be recognized by their unique shape and vibrant colors that have been decorating the seafloor for millions of years. This month, we’re taking a look at the ochre sea star and what this keystone species can tell us about the health of our oceans.

Even though ochre sea stars’ colors can range from orange to brown, the species is most popularly known for its distinct purple coloring. Measuring up to 9 inches long, these critters are anything but menacing to most marine animals, except for barnacles, snails, limpets, and chitons—the species’ most common prey. Ochre sea stars can be found in the waters between Alaska and California, living on rocks and between crevices. 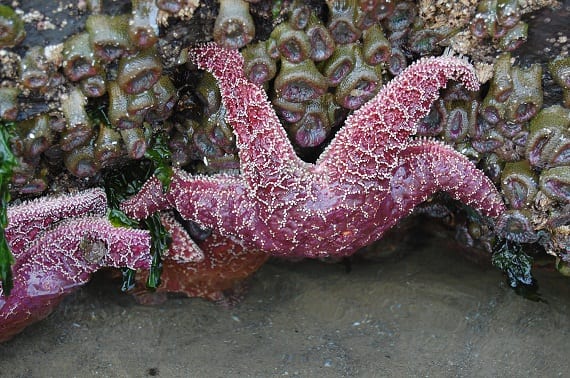 Ochre sea stars are considered to be keystone species since they have a profound influence on their ecosystems, according to Cornell University. These sea stars are also strong indicators of the overall health of intertidal zones, which is why the species’ rapid succumbing to sea star wasting syndrome—a disease where starfish lose their legs, disintegrate, and eventually die—is  particularly alarming to scientists. Ochre sea stars are the species most effected by the disease, leading scientists to suspect that the species is heading towards localized extinction in Oregon, according to Phys.org.

The exact causes of sea star wasting syndrome are still unknown, but the best available evidence suggests that it’s brought on by a virus, bacterium, fungus, or protest infecting the starfish. Scientists also believe that the disease may be brought on by high water temperatures, spurred by climate change.

Take a look below at some photos of the beautiful ochre sea star. 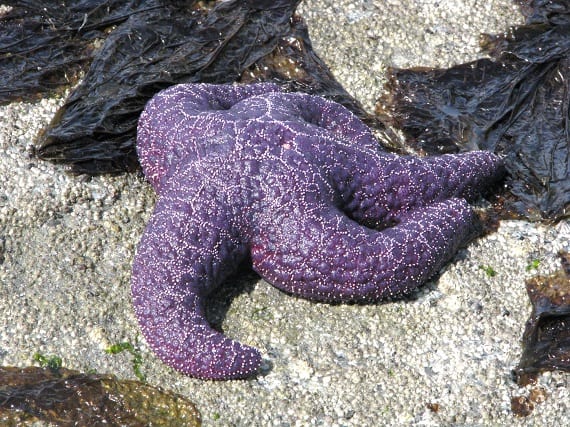 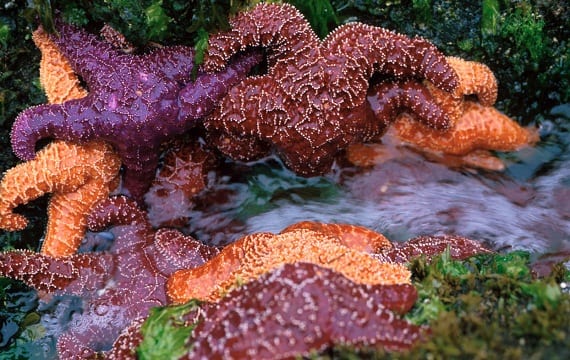