We’re sure you’re already familiar with the polar bear: a perennial favorite of zoo-goers, Coke commercials,­ and a poster-child for climate change. But we think these big white bears deserve a second look. 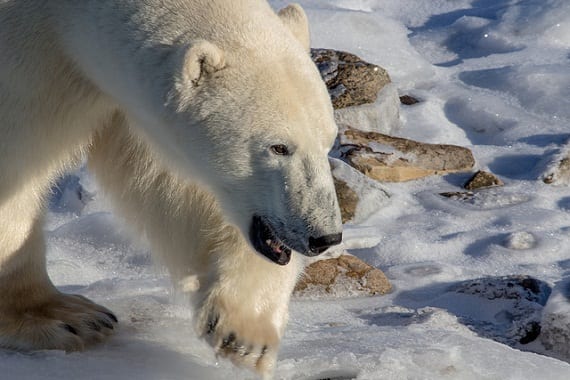 Solitary polar bears roam the ice-covered waters of the high Arctic, from the northern reaches of the U.S. and Canada all the way to Russia. They’ve evolved several adaptations for life in the far north. Thick, warm fur covers every inch of their body except the pads of their feet and their nose. Beneath this fur, polar bears have black skin, which absorbs sunlight and helps keep the bears warm. Even more surprising—polar bears aren’t actually white! Polar bear fur is clear, with no pigment, but refracted light makes it appear white. Depending upon the lighting, polar bears can look yellow, brown, or even grey. Polar bears also have massive paws to help them swim and move effectively over ice surfaces. Their paws can be more than 12 inches wide and have fur between the pads to provide a better grip. 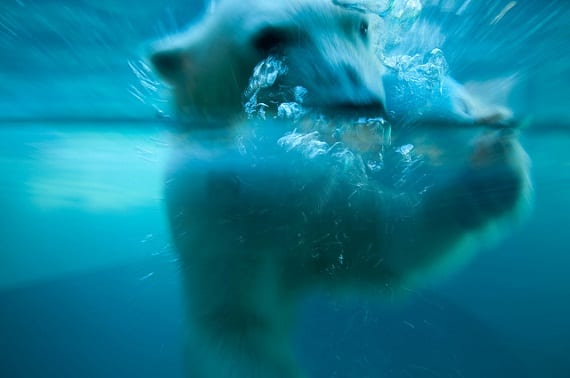 Polar bears spend most of their lives on the pack ice, hunting ringed and bearded seals. Amazingly, they can hear prey beneath three feet of ice, and often wait for their prey at the edge of seals breathing holes. But polar bears won’t turn down a free meal—they’re opportunistic eaters and can smell carrion three miles away. They’ve been known to eat sea birds, fish, the corpses of beached whales, and berries in the summer.

A flexible metabolism and ability to store fat helps polar bears through times when food isn’t readily available. The pregnant females around Hudson Bay, Canada go for eight months without food. There the ice is completely melted by mid-July, so the bears can’t hunt easily, and it doesn’t re-freeze until mid-November, when the females are already in their dens ready to give birth. 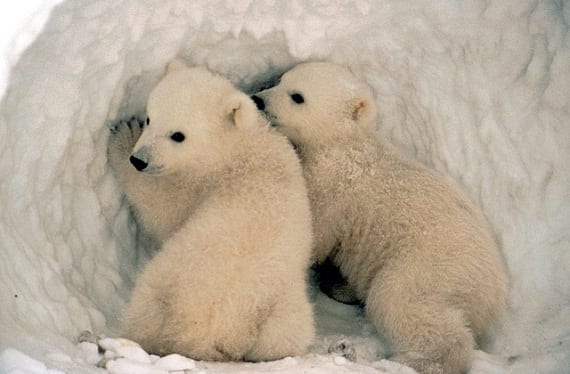 Female polar bears breed in the spring and then enter a snow den around December to give birth. After their cubs are born they feed exclusively on milk, so the mother doesn’t leave the den until March or April. Polar bears usually have two cubs, but one or three is also possible. These cubs stay with their mothers until they are about two and a half years old. 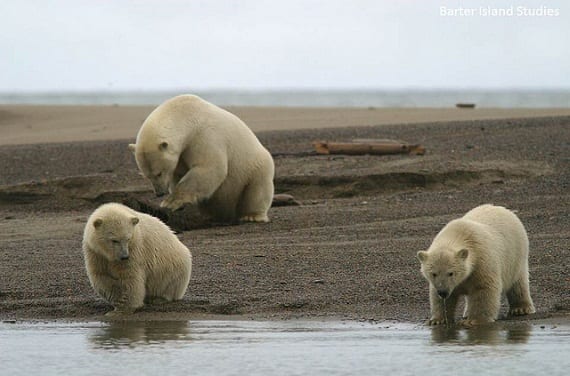 Polar bears are considered a vulnerable species by the International Union for Conservation of Nature. Like other arctic animals, polar bears rely heavily on the seasonal sea ice for survival. Climate change will seriously hinder the bears’ access to food. You can help Oceana protect them by adopting a polar bear for a friend or family-member this holiday season. Visit the Oceana adoption store to learn more, and check back for more Creatures Features on The Beacon.