You won’t find land-dwelling lizards scampering about coral reefs, but you might do a double-take when you see the reef lizardfish. Also known as variegated lizardfish, these strange reef-dwellers look surprisingly like lizards. They’re found in coral reefs throughout Indonesia and along the coast of India and northern Australia. 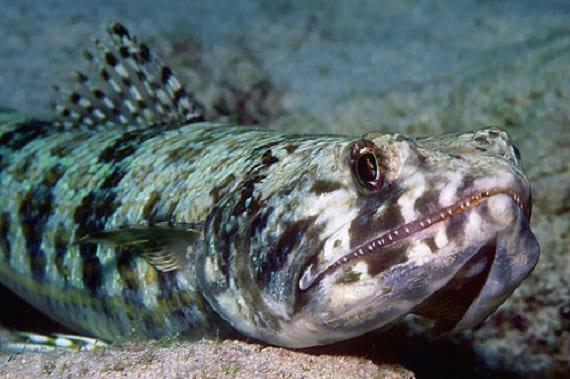 Lizardfish are named for their habit of propping themselves up on the tops of rocks and corals with their long fins, waiting for shoals of other reef fish to swim nearby. Then they dart out and grab their unlucky prey with their sharp teeth. Lizardfish can snatch very large fish thanks to their gaping mouths. 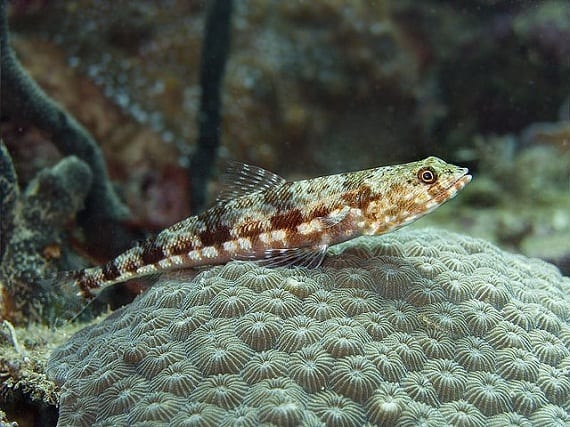 Lizardfish also use camouflage to hunt. Their mottled red-and-brown coloring helps them blend in to the reef, but they also disguise themselves by burying into the sand. With just their eyes poking out, lizardfish stay completely motionless until their next meal swims along. 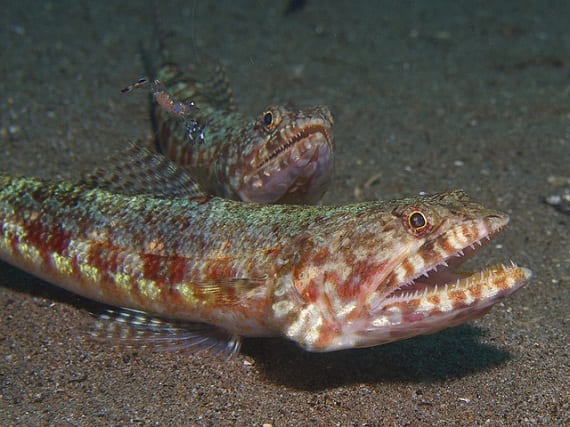