Last night, D.C residents might have noticed an unusual display outside of popular downtown landmarks like Union Station, the Postal Museum, and The National Gallery of Art. Leading up to the fourth anniversary of the BP Gulf oil disaster, Oceana staff teamed up with The Illuminator to promote our “Drill, Spill, Repeat?” message, which calls on the Obama administration to stop offshore drilling in the Atlantic  before it starts. 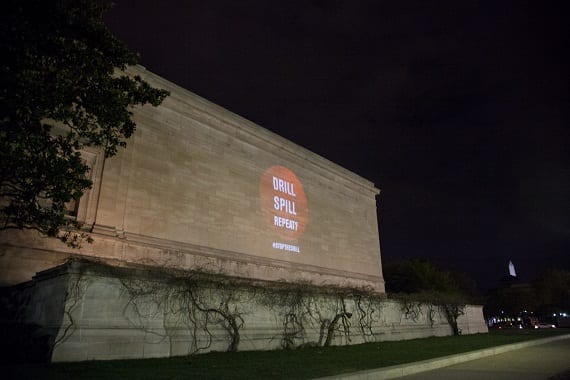 Gulf communities and ecosystems are still devastated from the BP oil disaster, and yet offshore drilling is no safer than it was before. The government is rushing to blast the Atlantic with seismic ariguns and make it a drill zone. In February, the U.S. government released a final environmental impact statement that would allow the use of seismic airguns to search below the Atlantic seabed for oil and gas deposits in an area twice the size of California, stretching from Delaware to Florida.

Seismic airguns used for offshore drilling threaten marine life and coastal economies along the East Coast. They endanger both commercial and recreational fisheries, as well as tourism and coastal recreation, putting more than 730,000 jobs at risk in the blast zone. When it comes to offshore drilling in the U.S. one overarching theme stands out — Drill, Spill, Repeat. We don’t need another repeat of the BP oil disaster in the Atlantic. 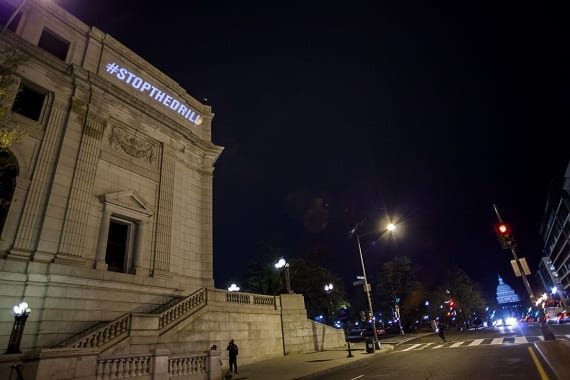 D.C. residents — keep your eyes peeled for more Illuminator events around the city this week. Learn more about Oceana’s campaign to break the cycle of Drill, Spill, Repeat and sign up to host a viewing party of our soon-to-be-released documentary.