During Corals Week, a Look at the Value of Coral Reef Ecosystems (Photos)

You’ve probably encountered coral reefs in some form—whether that’s diving with them in tropical waters or seeing them depicted in movies, like Finding Nemo. As you know, coral reefs are absolutely breathtaking with their many vibrant colors and unique shapes. Not only are they beautiful, but coral reefs are said to be the most diverse marine ecosystem—home to about one-fourth of marine wildlife!

During corals week, it’s important to remember that corals also exist outside of the warm, shallow-water ecosystems that first come to mind—and can be found in dark waters up to 20,000 feet deep! Unlike the shallow-water coral species, deep sea corals do not need sunlight or warm ocean temperatures to grow. These corals don’t form coral reefs, but instead exist as individual polyps or form small colonies, according to the Smithsonian’s Ocean Portal. To date, scientists have discovered over 3,300 species of deep-sea corals!

Corals reefs are one of the most economic and biologically important ecosystems around the world. Coral reefs are important nurseries to a quarter of the world’s fish and breeding grounds for many species, and offer protection and habitat to many more. In terms of human services, coral reefs offer coastal protection—capable of mitigating storm intensity from hurricanes and even tsunamis, according to the World Wildlife Fund—as well as forming the backbone of many of the world’s fisheries and coastal tourism operations. Additionally, deep-sea corals are also important for developing pharmaceuticals and biotechnology, and have been tested in medications for cancer, antibiotics, and more. Recent estimates put the ecosystem service value of the world’s coral reefs at about $30 billion per year. 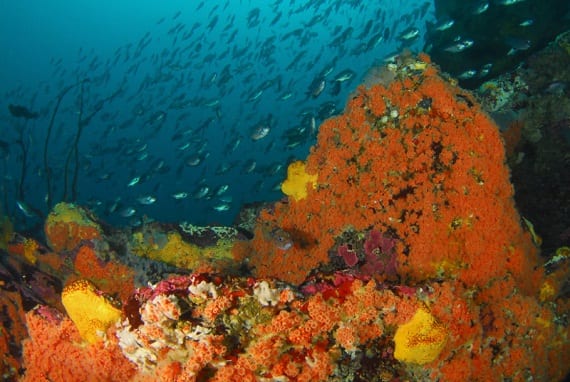 A coral community off of Chile. (Photo: Oceana / Eduardo Sorensen)

Unfortunately, these vital ecosystems are under siege from climate change. Warmer water temperatures are leading to coral reef bleaching—when corals lose the algae that they rely on for food—while acidic conditions are making it difficult for coral to build their calcareous structures. Additionally, overfishing, as well as destructive fishing practices like bottom trawling, are devasting coral reef habitat.

To help raise awareness for these beautiful coral reef ecosystems, the National Oceanic and Atmospheric Administration (NOAA) has declared the first week in December as Corals Week. To help wrap-up Corals Week, Oceana is celebrating with a look at some of the most beautiful photos of coral reefs. Take a look below for glimpse at some of the many species of corals. 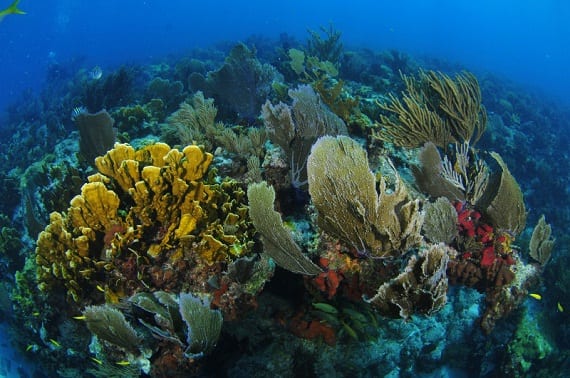 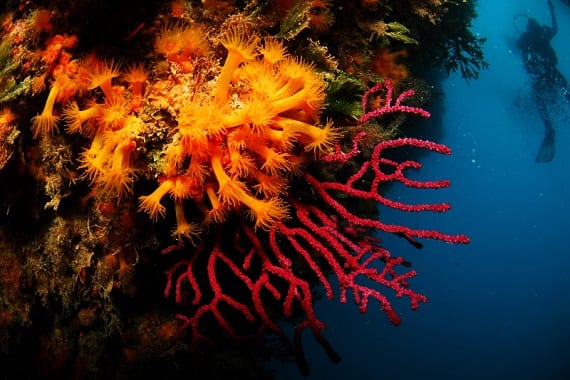 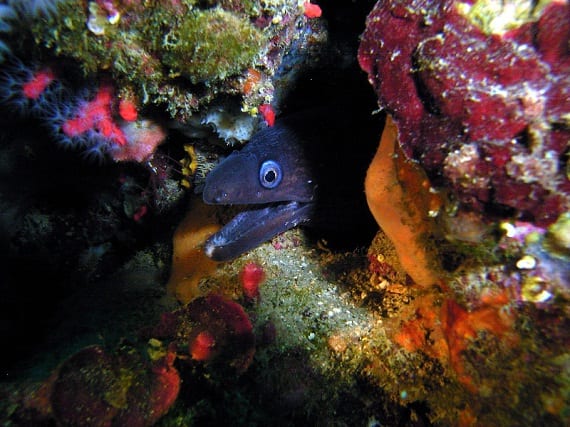 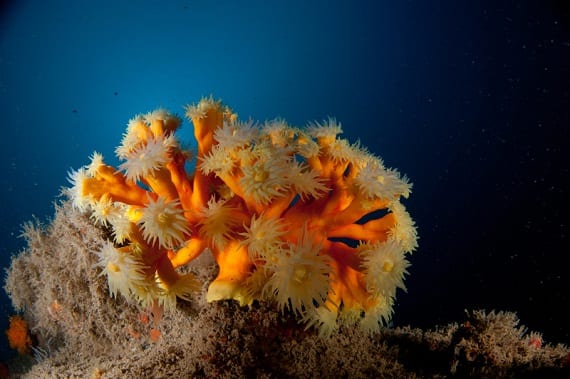