Exploring Spectacular Sea Urchins: A Look at the Diversity of These Marine Invertebrates (Photos)

Sea urchins—related to sea stars, sea cucumbers, and more—may appear as alien-like creatures with their numberous spines and vibrant colors. But, don’t let their seemingly strange appearances fool you: These marine invertebrates are excellent at self-defense and play important roles in balancing ecosystems.

Hundreds of species of sea urchins exist, and are found in shallower water depths across the world’s oceans. They reside on the seafloor, moving across hard surfaces like coral reefs or rocks. Sea urchins are grazers, and eat just about anything in their path like algae and nutrients in the water column, except for hard-shell organisms and certain seaweed. If sea urchin populations are not controlled, they can reduce diversity and have huge impacts on ecosystems. For example, sea otters off the North American West Coast prey on sea urchins that feed on the region’s kelp forests. But when sea otters decline, sea urchins can grow in such abundance that they are said to move in “herds” and can eat kelp forests at 30 feet per month, according to NOAA.

Sea urchin skeletons, known as tests, are covered with sharp spines. These spines offer defense and protections to sea urchins, and are known to be venomous in some species. For instance, the long-spined sea urchin, found in tropical waters of the Indian and western Pacific Ocean, can wound divers—even through a wetsuit. 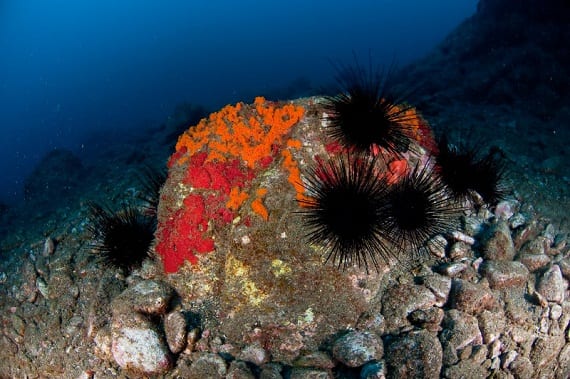 So, how do these marine invertebrates perform basic functions like eat and move?

In addition to their spines, sea urchins have tube feet that protrude from their test and move about by controlling the amount of water inside its test, known as a water vascular system, according to the Woods Hole Institute of Oceanography. Five hard plates fuse together at the bottom of sea urchins in a beak-like structure, which they use to scrape algae off of hard surfaces.

Like many other marine species, sea urchins are affected by climate change. For example, research shows that ocean acidification affects the digestion of sea urchin larvae. Other research has found that sea urchins lose their ability to defend themselves against additional stressors when under acidic conditions. Additionally, because sea urchins play important roles in some ecosystems and some species comprise important fisheries, the effects of ocean acidification could cascade beyond individual sea urchins, according to the American Museum of Natural History. On a more positive note, some sea urchins, like the purple sea urchin, is said to be able to adapt to ocean acidification, says the University of California Santa Barbara.

Take a look below for some beautiful images of various sea urchin species. 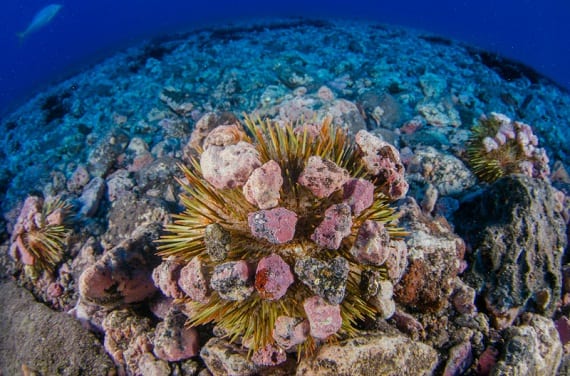 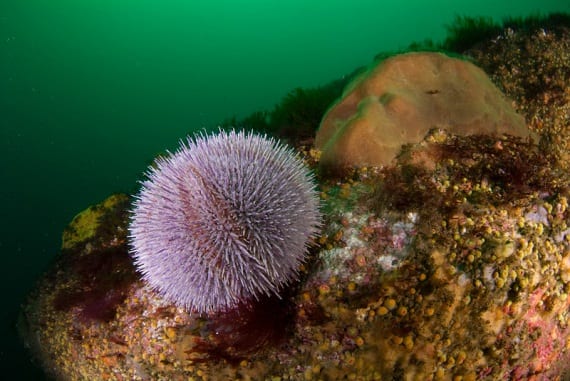 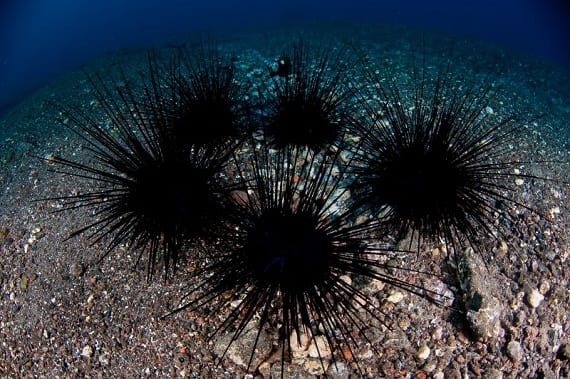 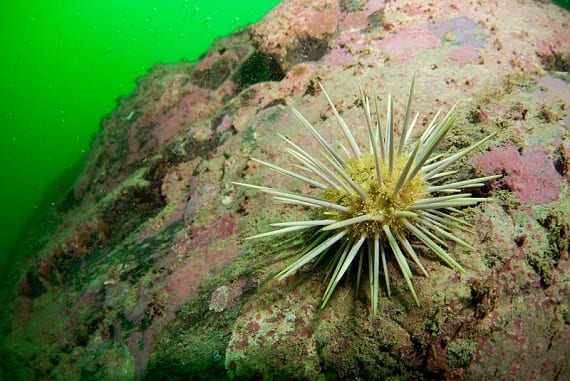 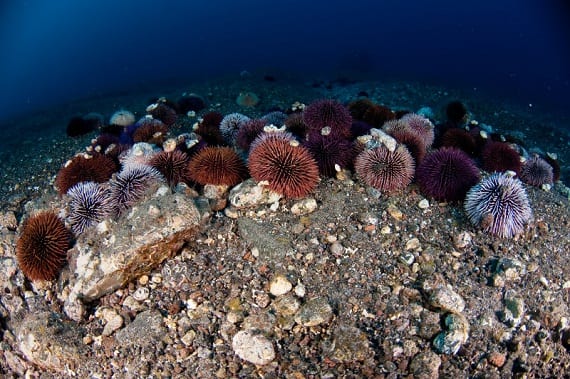 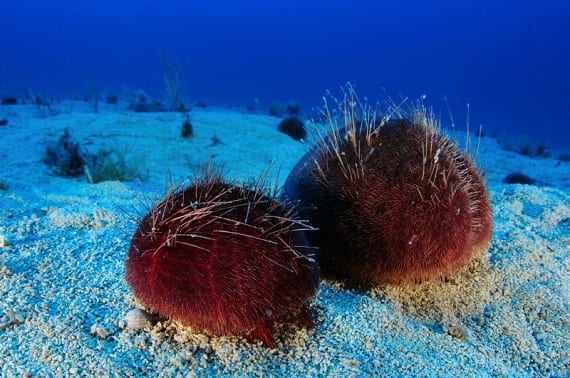