Though it’s easy to see that our domesticated four-legged friends have quirky personalities, new studies show that some ocean animals may just have their own, too. And not only do some animals have unique personalities, but their disposition may just play unique evolutionary roles.

A study by the University of Exeter and the Marine Biological Association of the United Kingdom found that sharks, like humans, display introverted and extroverted-like qualities. To reach this conclusion, the researchers placed several juvenile small spotted catsharks in three different structural habitats and observed their grouping patterns. The more outgoing sharks grouped close together in all three habitats, whereas “introverted” sharks camouflaged alone at the bottom of the enclosures. The researchers say that different patterns of social behavior could play a part in defensive strategies, in that some sharks prefer to fend off predators in groups whereas others may seek shelter and hide on their own. 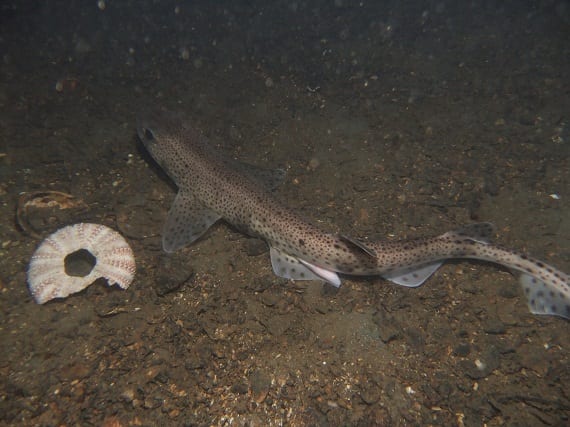 “These results were driven by different social preferences (i.e social/antisocial individuals) that appeared to reflect different strategies for staying safe,” study author David Jacoby said in a press release. “Well-connected individuals formed conspicuous groups, while less social individuals tended to camouflage alone, matching their skin color with the color of the gravel substrate in the bottom of the tank.”

In research conducted by the Institute of Veterinary, Animal, and Biomedical Sciences at Massey University in New Zealand and presented at the American Physiological Society’s intersociety meeting this past October, scientists found that native little penguins used their personalities to cope with climate change and other environmental stressors. Little penguins, Eudyptula minor, secrete the stress hormone corticosterone when experiencing environmental stressors, but not all penguins will release the same amount under stress.

That’s where personality comes in: Researchers suspect that “proactive” penguins that secrete less of the stress hormone are better adapted to predictable environmental conditions, whereas “reactive” penguins that secrete a larger amount of the stress hormone would be well-suited for dynamic and changing environmental conditions likely to occur in the future, according to study author John Cockrem. The researchers, however, did not comment on whether birds exhibiting one type of response could likely change to the other. These findings are both timely and important, as many bird populations may be at risk from threats due to climate change.