This is the third  in a series of ocean infographics by artist Don Foley. These infographics also appear in Oceana board member Ted Danson’s book, “Oceana: Our Endangered Oceans and What We Can Do to Save Them.”

Last year’s Deepwater Horizon blowout in the Gulf of Mexico was not an isolated event. The exploding rig was especially tragic, but the truth is that the oil industry produces pollution every day, as today’s infographic illustrates: 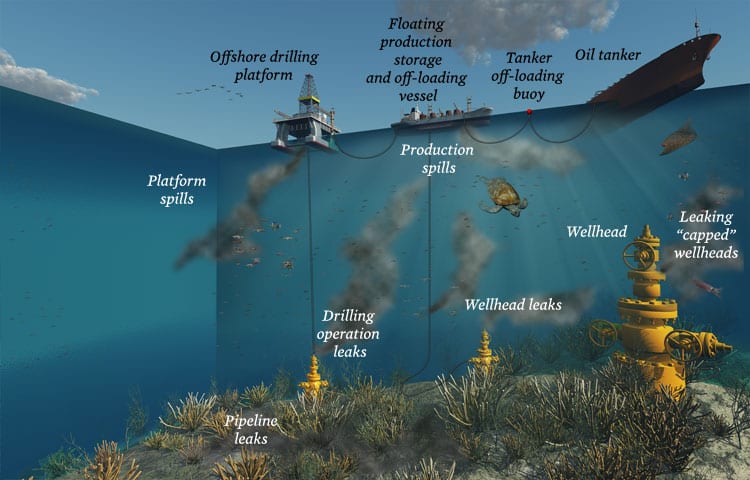 The small spills associated with oil extraction, transportation, and consumption add up to about 195 million gallons every year. That’s as much as one Deepwater Horizon gusher.

As we saw in the Gulf of Mexico in 2010, extracting oil from the seafloor is dangerous business. Everyday drilling and extracting result in chronic leaks that add up to 11 million gallons of oil pollution annually.

Transporting oil is also a major source of pollution. Sometimes ships intentionally discharge what’s known as oily ballast water—the thousands of gallons of dirty water used to keep a giant transport ship stable. Otherwise, despite their best attempts, moving oil around inevitably results in spills to the tune of 44 million gallons a year.