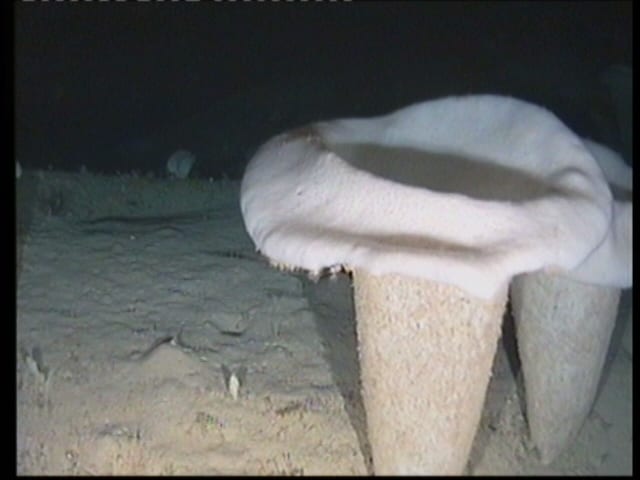 Today we changed our location and travelled south, to the Bocayna Strait, to carry out two dives with the ROV, one on each side of the strait.

We documented black coral, seaman’s hand coral, yellow coral, pandora and monkfish, although in this case, the most impressive site was a field of glass sponges (Asconema setubalense) at 376 meters depth.

These sponges, which can reach up to 1 meter in height, are usually found off the coast of Portugal, hence the name (Setúbal, Portuguese city). Recently, this species has also been identified in El Cachucho, a seamount off the coast of Asturias. There are also texts from 1933 that mention these sponges seen off the coasts of Africa (Morocco) and in Concepción Bank, although after that, they were not mentioned again.

As such, this is the first time this sponge has been identified in waters of the Canary Islands. Furthermore, Oceana previously documented this species in the Seco de lo Olivos seamount.