Happy Endangered Species Day! Celebrate Some of the Oceans’ Most Wondrous Animals

Whether you love sharks, whales, or sea turtles, today is a great opportunity to celebrate your favorite marine species. May 16 is Endangered Species Day, which Congress created in 2006 to recognize our national conservation efforts. While it may seem odd to ‘celebrate’ plants and animals that are endangered or threatened – likely because of human actions – Endangered Species Day is a great opportunity to educate others about the species that need our help the most. At Oceana, we fight to protect marine life and preserve their habitats all year, and we ask that you join us today. Take a look below to learn more about some of our favorite species at risk and how we’re helping them. 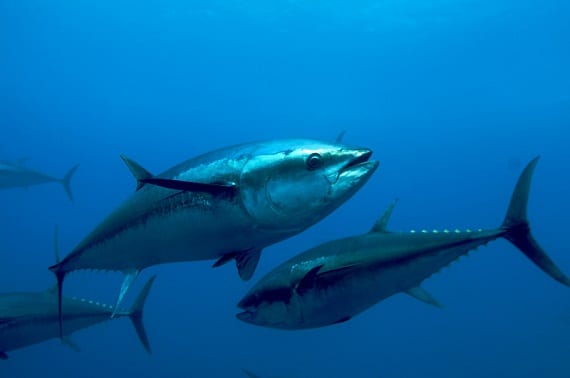 Shimmering with blue-and-silver metallic hues and stretching to lengths of 13 feet, bluefin tuna are truly majestic fish. Built for speed and endurance, they’re able to swim over 45 miles per hour in short bursts and maintain roles as top predators in marine ecosystems, according to the National Oceanic and Atmospheric Administration (NOAA).

Unfortunately, this endangered species is one of the most valuable fish in the world and sell at top dollars – making them a coveted prize for fishermen. Atlantic bluefin populations, especially the Western Atlantic bluefin population, are under attack from overfishing and illegal fishing, which has caused severe declines in both their range and reported catch, reports the IUCN Red List of Threatened Species. The IUCN Red List of Threatened Species lists them as endangered, but the National Marine Fisheries Service (NMFS) decided in 2011 that federal protection under the Endangered Species Act was unwarranted.

Oceana is working to protect bluefin tuna spawning grounds in both the Gulf of Mexico and the Mediterranean Sea, and has urged the International Commission for the Conservation of Atlantic Tunas (ICCAT) to enact immediate fisheries closures until stocks recover. Click here to learn more about our efforts. 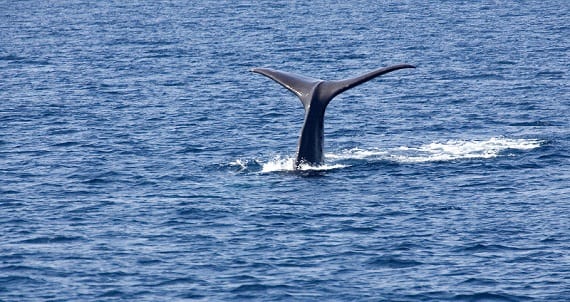 These toothed whales have the largest brain of any animal, eat about one ton of fish and squid per day, and grow to be the size of school buses, reports National Geographic. What is there not to love about these deep-diving creatures?

Whalers hunted sperm whales by the hundreds of thousands until commercial whaling was banned in the late 1980s, causing their population to decrease from millions to about 360,000 individuals. Now, they are still threatened by longline and drift gillnet fisheries, ship strikes, and chemical build-up. The Endangered Species Act considers sperm whales endangered throughout their range, while the IUCN Red List of Threatened Species lists them as vulnerable.

Oceana has fought since 2006 to protect whales and other marine life from the drift gillnet industry and to ensure the industry doesn’t expand. You can learn more on our webpage. 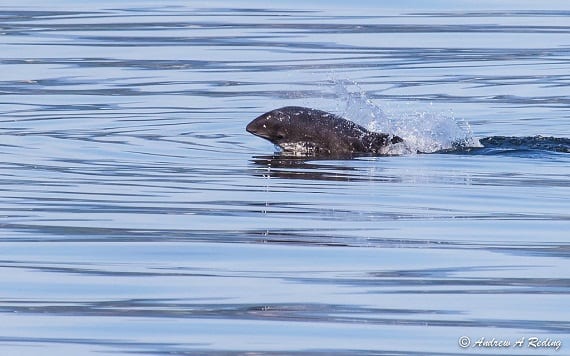 Because the scientific name for these marine mammals, Phocoena phocoena, is derived from the Latin word for pig, they’ve earned the nickname “puffing pig.” Harbor porpoises have short bodies with blunt beaks, and when they surface for air, they arch their backs instead of splashing, explains NOAA. Their range is broad, extending from the Atlantic and Pacific Oceans and the Baltic Sea.

The IUCN Red List of Threatened Species lists the Baltic Sea subpopulation as critically endangered, and the NMFS is considering the Baltic subpopulation for protection under the Endangered Species Act. Once numerous there, the Baltic population contains about 600 individuals, and they’re considered absent in the northeastern region. Incidental take in fishing gear – primarily from gillnets and trawls – lead to their decline and still threatens them today, as does pollution. 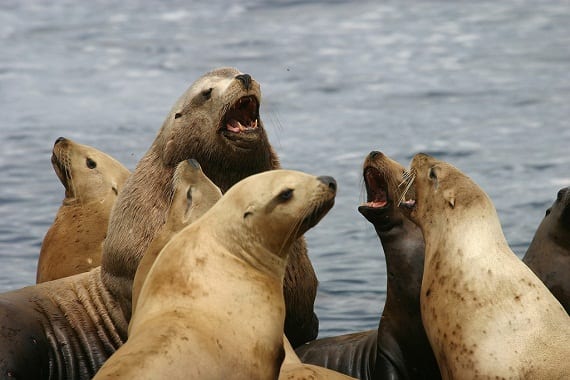 Steller Sea Lions received their name from George Steller, who shipwrecked in the Pacific in 1741 and dubbed them sea lions because of their manes and boastful roars. The third largest of the pinnipeds, they can travel great distances and dive to 1,300 feet, according to NOAA.

As industrial fishing operations grew in their North Pacific habitat during the late 20th century, Steller sea lions experienced radical declines. The Western stock declined by 75 percent between 1976 and 1990, and then by another 40 percent from 1991 to 2000, reports NOAA. Today, Endangered Species Act classified the western stock as endangered, while the eastern stock has been delisted. The IUCN lists them as near threatened. Threats today still consist of incidental take from fisheries, but also a loss of their food source, hunting, and pollutants.

Oceana is working in the Pacific with the NMFS and its advisory body, the North Pacific Fishery Management Council, to minimize the impact of industrial fisheries and to help rebuild prey sources for Steller sea lions. Click here to learn more about our efforts. Only one in 1,000 baby sea turtles make it to adulthood, and face obstacles from the minute they hatch from their nest like seagulls, crabs, and raccoons. There’s still much to be learned about sea turtles: A soon-to-be-published study found that turtles’ experiences as juveniles influence their migratory paths and foraging grounds as adults.

A 2004 Green Turtle Assessment by the Marine Turtle Specialist Group found that green sea turtles have declined globally, and mature nesting females declined by 48 to 65 percent over the past 100 to 150 years, reports NOAA. The IUCN classifies them as endangered, while the Endangered Species Act lists different populations as either endangered or threatened. Poaching and incidental take in fishing gear – from longlines, trawls, gill nets, dredges and other types of fishing gear – continue to threaten green sea turtles.

Oceana works to protect sea turtles from a number of different angles, including reducing sea turtle bycatch, protecting their habitat, and lobbying Congress for better conservation policies. You can learn more about our campaigns and victories for sea turtles here.

Want to learn more about endangered species? Check out the Endangered Species Coalition’s round-up to find events in your area this weekend.