Happy Halloween, ocean lovers! Today, many people are delighting in the one day of the year where they can dress up to be any figure that these please. But in the vast ocean, many species are in costume all year—dazzling bright photophores to trick prey, or changing their skin tone to blend in with their environments. The deep-sea anglerfish, for example, flashes it lure covered in light-producing cells to attract and trick prey in the cold, dark waters, while species like the firefly squid emits bioluminescent ink to also confuse predators.

Apart from flashing light-producing cells to either attract or trick predators and prey, some marine animals are also tactful masters of disguise. These animals—many of which are cephalopods—change their skin color in a flash to blend in with their surroundings and hide from prey, or display vibrant colors to attract a mate.

To celebrate Halloween, Oceana is spotlighting five of these animals that are the true masters of disguise. Take a look below to learn more. 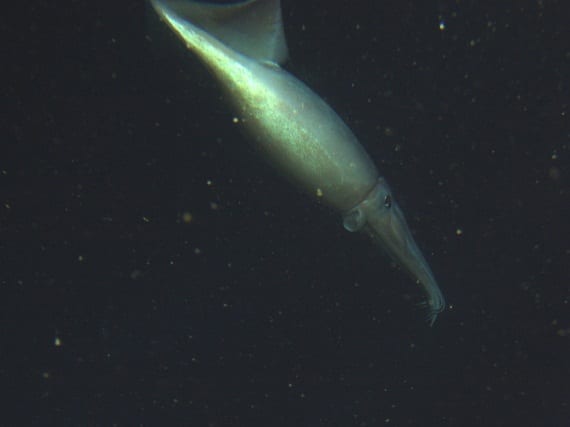 This squid species, which is named after the Humboldt Current that they inhabit off the coast of South America, lives at depths of about 600 to 2,300 feet deep. Also referred to as jumbo squid, they can grow up to six feet long and weigh 100 pounds. They are born smaller than a grain of rice, so they eat a lot of lanternfish, shrimp, mollusks, and other cephalopods early in life to reach their large size!

Using chromatophores on their skin, they’re able to change their skin tone to a range of colors. Scientists say they also flash varying red and white skin tones to communicate with other squid, but scientists aren’t sure why they do so. 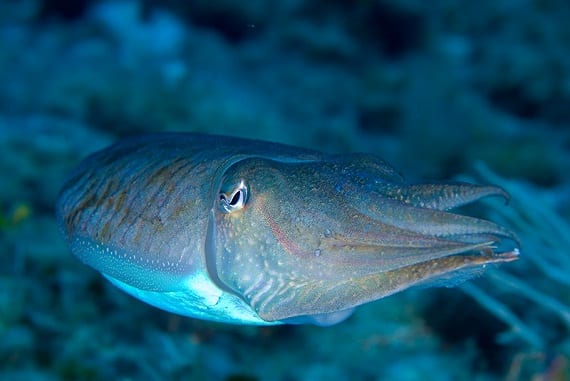 These funky-looking cephalopods have flattened bodies with eight arms and two sucked tentacles, growing up to about two feet long. They have a wide distribution around the world, spread across the Atlantic Ocean and Mediterranean Sea. Like other cuttlefish, the common cuttlefish has unique eyesight: Though they are color blind, they are able to see polarized light—which humans lack—and have a leg-up on detecting prey and predators.

Common cuttlefish can change their skin color instantaneously to communicate, either notifying other cuttlefish of threats or attracting mates. In particular, male cuttlefish put on flashy, vibrant color displays to attract females for mating in the spring. 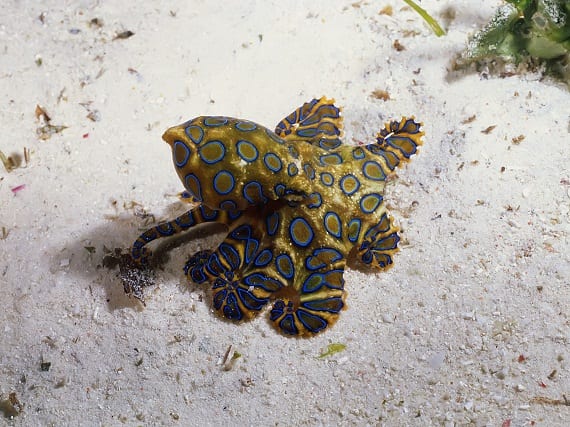 The blue-ringed octopus, found across the tropical Pacific and Indian Oceans, is said to be the most dangerous of all the cephalopods. It catches prey by releasing toxic saliva into the water—which is poisonous enough to kill humans—or catches its prey and then injects it with saliva. It grows just up to about eight inches long.

Winter flounder is found along the North American East Coast from Canada to Georgia, and can grow as big as two feet long. Flounder lay flat on the seafloor and have eyes on the right side of its head that face upward.

Many flounder species change their skin color to imitate different substrates and colors along the seafloor. The winter flounder is no exception, though they less color-changing abilities than some other species. 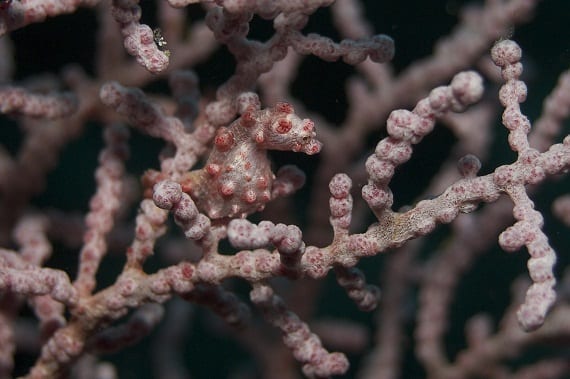 The adorable pygmy seahorse, which grows to less than an inch long, is found around Australia, Indonesia, and other Indo-Pacific tropical nations. They live in shallower waters, specifically around gorgonian coral habitat.

Pygmy seahorses also change their skin color to camouflage within their environments and also attack prey. Like other seahorse species, they can change colors to attract mates or greet other seahorses.