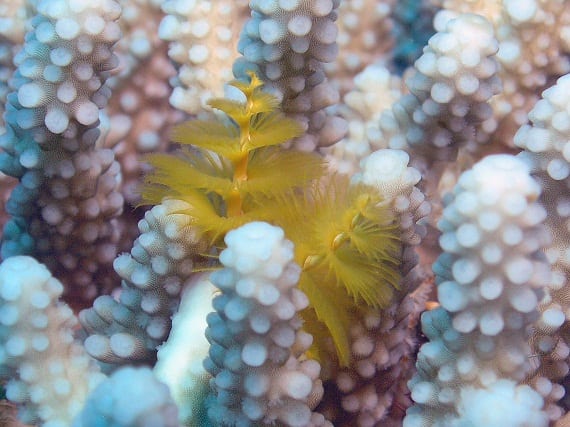 These worms decorate corals throughout the tropics, and may just be the prettiest marine worms that exist. Christmas tree worms live in a calcareous tube fused into coral, and have two spirals that extend outwards from the worm’s central spine. It is these two appendages that the worm is named for—and they come in a variety of vibrant hues and shapes.

These tentacles are used for respiration and feeding, and catch microscopic plants and phytoplankton throughout the water column. When disturbed or threatened, they quickly pull their heads back into their protective tubes. Christmas tree worms are tiny—growing to be just about an inch and a half long. 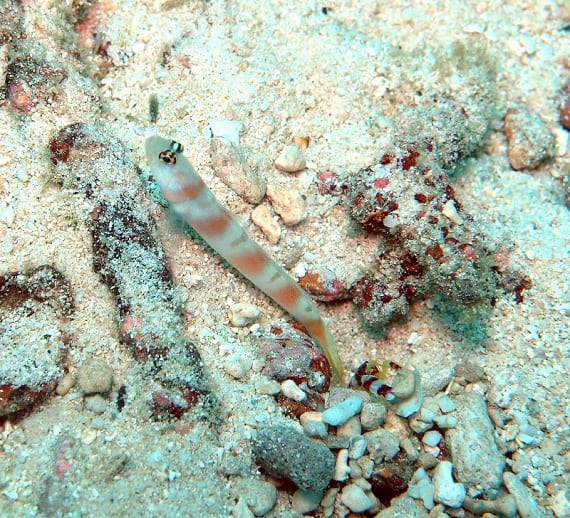 This shrimp has beautiful coloration with its red and white stripes. This shrimp, also known as the Randall’s pistol shrimp, is native to the Indian and Pacific oceans. Candy cane shrimp are known for their mutualistic relationship with the Randall’s prawn goby, according to the Smithsonian Ocean Portal. These fish hover over the shrimp and protect in from predators, and in turn, the shrimp digs a protective burrow in the sand for these two critters.  Randall’s prawn goby are incredibly loyal to these shrimp with poor eyesight—even after the fish finds a mate, it will still inhabit the same burrow as the shrimp! 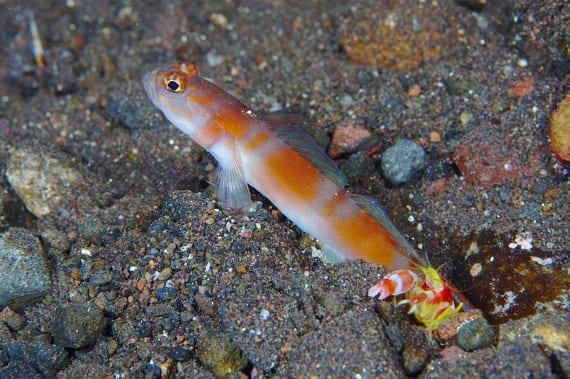