Ten years ago today, the Coast Guard halted Deepwater Horizon disaster response because Tropical Storm Bonnie was headed toward the Gulf of Mexico. Oil stopped flowing into the Gulf only a week earlier, 87 days after the disaster began. Plans to permanently seal the well were put on hold and clean-up workers were evacuated.

Tropical Storm Bonnie was a relatively small storm – but the 2010 storm season could have been much worse compounding the oil spill’s impact. Oil from Deepwater Horizon had a massive footprint, impacting nearly half of the Gulf coast.  If the well had still been spewing oil when Tropical Storm Bonnie – or a more powerful storm – blew through, oil could have been spread even further into the environment and along our coasts. 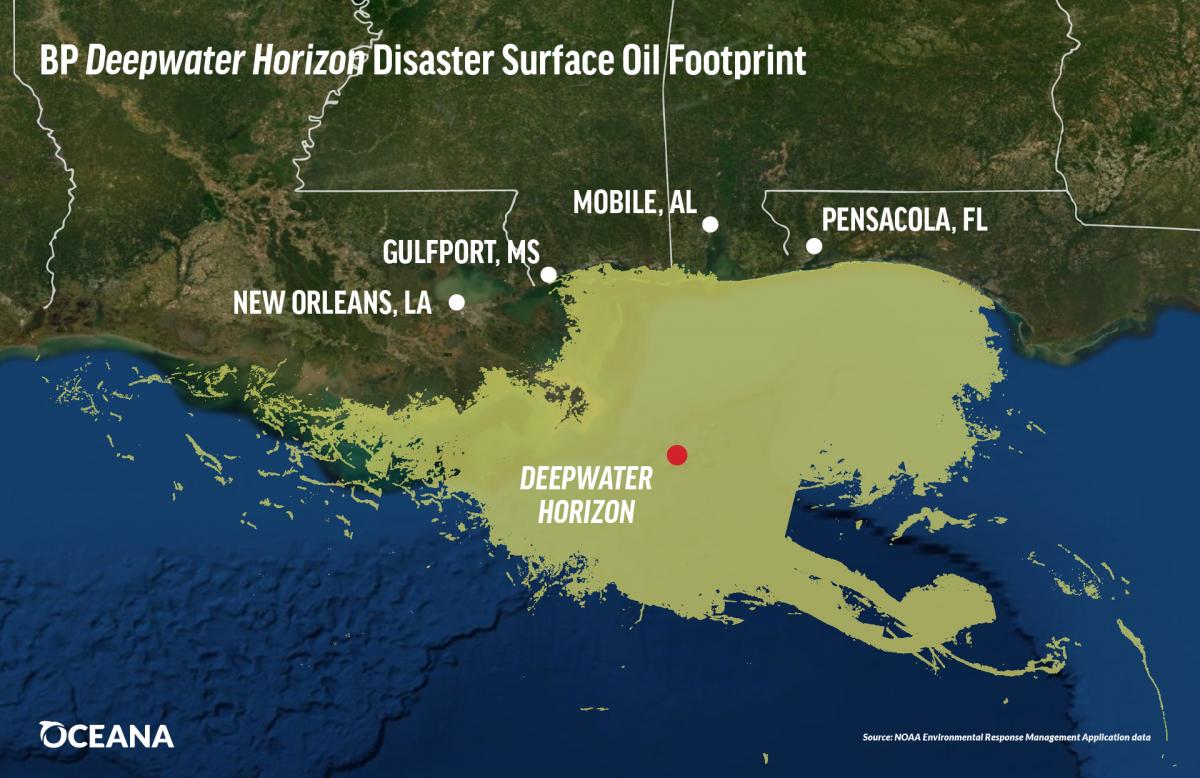 Large hurricanes have the potential to not only devastate coastal communities, but also destroy oil and gas infrastructure, which can lead to more oil spills. Powerful storms threaten the coast for more half the year. In the Gulf of Mexico and the Atlantic Ocean, hurricane season spans six months from June through November. When coastal residents must face or recover from tropical storms and hurricanes the last thing they need is toxic oil polluting the ocean and coast where they live and work.

Hurricane-caused damage to oil and gas infrastructure is a leading cause of oil spills. In 2005, high winds and flooding from Hurricanes Katrina and Rita destroyed more than 100 platforms and damaged over 500 pipelines. In 2004, a mudslide triggered by Hurricane Ivan sank a Taylor Energy oil platform located off the coast of Louisiana, burying numerous wells under mud. The storm-damaged wells leaked oil and gas leaked into the Gulf of Mexico for almost 15 years, and containment efforts continue to this day.

As hurricane intensity increases with climate change so does the risk of storm damage to offshore oil infrastructure. Spills happen during every phase of offshore oil and gas production, including exploration, extraction and transportation. There are enough oil and gas pipelines in the Gulf of Mexico to circle the Earth. Each foot of pipeline and each new oil platform is another opportunity for an oil spill.

Offshore drilling endangers coastal communities, threatens the environment and risks people’s health and safety. The danger of offshore drilling is immense under ideal weather conditions, with the threat of powerful storms that spans at least half the year the possibility of disaster even greater. The Trump administration’s most recent plan for offshore drilling proposes opening nearly all federal waters to new oil and gas activities. We cannot take that risk.

This is the sixth piece in an Oceana series looking back at the repercussions of 2010 BP Deepwater Horizon disaster and highlighting notable moments in the 87 days that followed, as millions of gallons of oil spewed into the Gulf of Mexico. To learn more about the BP disaster, explore Oceana’s report, Hindsight 2020: Lessons We Cannot Ignore from the BP Disaster.

Explore other key moments in the series: Read about current efforts to stop the expansion of offshore drilling, BP’s failed attempts to stop gushing oil with junk and what happened when oil reached Florida’s beaches. Learn more about how whales and dolphins of the Gulf are still recovering and how the well was finally capped.