On February 8, Oceana and National Geographic launched an expedition to explore the waters off of the remote Desventuradas Islands more than 500 miles off the coast of Chile. By documenting marine life and habitat the team hopes to persuade the Chilean government to protect more than 60,000 miles surroundinig this archipelago. Below is an expedition journal entry from Oceana South America Vice President Alex Munoz

From the moment we set sail from Antofagasta it was clear that there was no time to lose.  There were several briefs on safety measures inside the ship, the use of the submarine and diving, in addition to numerous conversations among almost 20 people, each one an expert in their fields. Everyone wants to share their knowledge and experience and at the same time, is willing to learn from others.

After two and a half days of journey we arrived in San Ambrosio Island on a Sunday. The water is deep blue, similar to Juan Fernández. The island is a mountain with steep cliffs with no visible place from where to climb to the top.

As soon as we arrive, Enric and the other divers began to prepare the first plunges. You could see both anxiety and happiness in their faces. It is the feeling of being in a place where none of us had been before. Actually very few people have been here, period. The first boat leaves for the island with the divers and an impressive stock of underwater cameras.

At the same time, Eric from NatGeo begins to fit the high definition drop cameras inside a large crystal bubble to record at thousand meter depths. One of them was successfully used in the Marianas trench, 11,000 meters below the sea surface.

Finally, a long-awaited moment comes: the Deepsee submarine is about to touch Chilean waters for the first time. Able to descend to 450 meters crewed with three people and with a 360° view, it is the perfect tool to explore the ocean depths with human eyes.

I was the first one to go down in the submarine along with Claudio, observer from the Chilean navy. Argo’s crew, exceptionable as always, prepared the Deepsee and asked us to go in carefully. They shut the 10 cm thick acrylic dome and the exciting dive began. 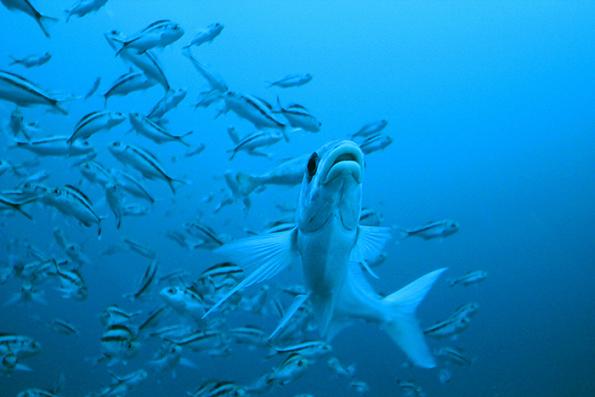 At first we saw only the blue waters and how the sunlight easily reaches great depths. In only a few minutes we touched the ocean floor and began to move horizontally. We saw marine life almost immediately. First there were sharks, then huge lobsters and after a few minutes, hundreds of fish came to look at us. Claudio wondered: Who’s in the aquarium now? And truly, fish were looking at us as if we were in a human aquarium. The pilot turned off the lights to help them feel at ease and literally, a cloud of fish surrounded us. They even hit the dome, which, at that point, was only an invisible barrier. It seemed that nothing separated us from life underwater.

The beginning of this expedition couldn’t have been more intense. How many times in life can you say that you’ve been to an oceanic island almost unknown to the rest of the world and, on the same day, go below the ocean surface 130 meters in a submarine, all of it for the first time? 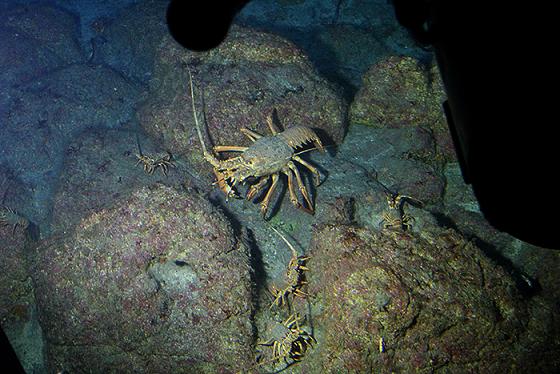