Looking for that Special Salmon

Welcome to Shark Fact Friday, a (mostly) weekly blog post all about unique sharks and what makes them so awesome. This week’s post is about the salmon shark – a white shark look-a-like with a very specific favorite food.

The salmon shark gets its name from — you guessed it – the large amount of Pacific salmon they eat. In fact, in one study conducted on 176 salmon sharks, salmon (the fish) made up over one-third of their diet, in addition to other fish species they prey on opportunistically. These sharks love salmon so much that large groups of them have been known to follow schools of their favorite fish into the mouths of rivers during salmon spawning season. 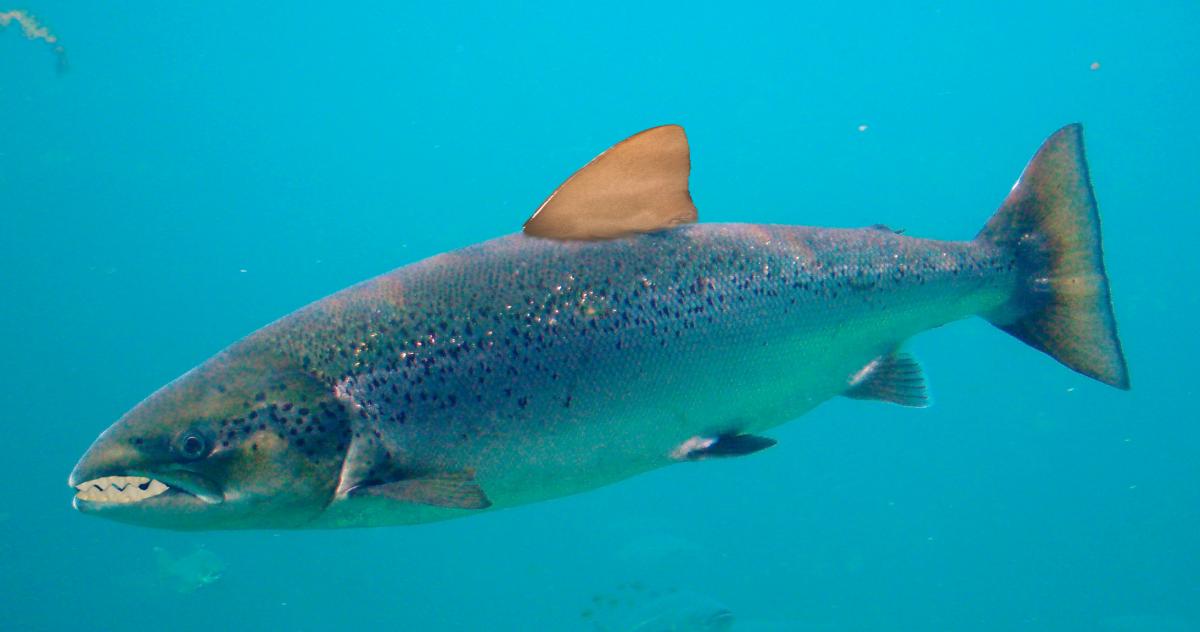 The salmon shark has a bad reputation as being dangerous, but there has never been a confirmed human bite from this species. In fact, there are now businesses that specifically offer snorkeling or scuba dive trips to see these sharks! So why the bad rap? Well, probably because they look a whole lot like their close relative, the white shark. 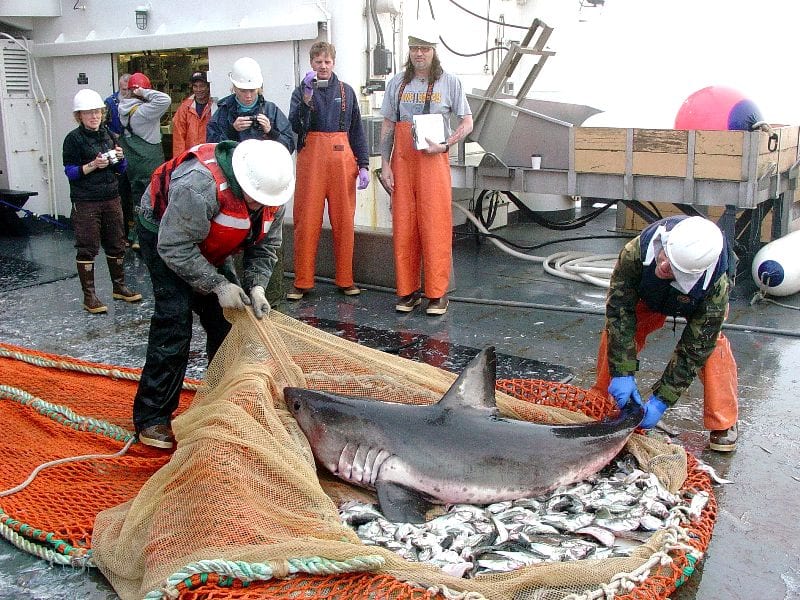 The salmon shark can reach up to 10 feet long, but is also a little chunky. In fact, the salmon shark can weigh DOUBLE what a shortfin mako of the same size will weigh! Their bulky bodies are likely an adaption to their very cold environment. They are dark on top with a white belly. Adorably, some adults have “freckles” — dark spots on their bellies.

This cold-water loving shark is one of the few endothermic shark species – meaning that they are actually warm-blooded. They are able to maintain a body temperature between 8 to 25 degrees Celsius above the water temperature around them. They can also alter the blood flow in their body to regulate their inner temperatures to stay warm. These special adaptations are what allows them to enter the colder waters of the Pacific and find their prey at deeper and colder depths.

So next time you’re munching down on some sustainably sourced salmon, think of the friendly salmon shark who would be happy to share that meal with you!