Meet the Dusky Shark: A Species that Needs Your Help to Literally Get Off the Hook (Photos)

You may not have heard of the dusky shark, a bronze-blue colored species found in warm coastal and pelagic waters around the world. While they may not be as famous as the favored great white or tiger sharks, dusky sharks are just as fascinating: These apex predators can live to be 40 years old, grow to be 12 feet long, and return to their natal regional waters to give birth. Unfortunately, dusky sharks off the Atlantic coast are in trouble.

Overfishing, largely due to federal inaction, has led to the decline of this species. Populations off the Atlantic coast are estimated to have declined by 85 percent from overfishing. In 2000, the National Marine Fisheries Service (NMFS) prohibited fishermen from targeting dusky sharks in an attempt to reduce fishing mortality. Unfortunately, this ban didn’t account for bycatch, and as a result of incidental catch the northwest Atlantic population was still being overfished as of 2003. More than a decade later, NMFS has still not ended overfishing for dusky sharks. 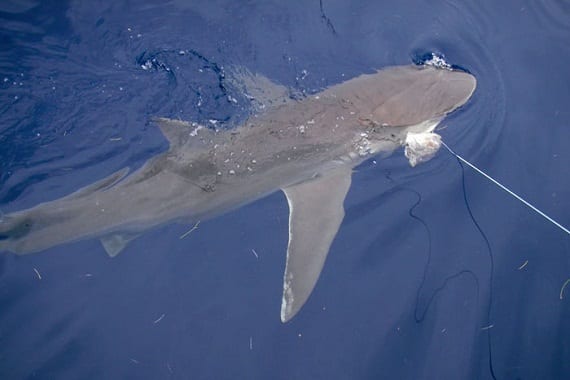 A dusky shark hooked on a long line. (Photo: NOAA)

In order to end overfishing as as required by law, NMFS proposed implementing bycatch caps and prohibiting surface longlines in bycatch hotspot areas in the Atlantic and Gulf of Mexico in 2012. Both conservation groups and scientists supported these measures, but NMFS withdrew its proposal after fishermen complained in 2013, leaving dusky sharks unprotected and still overfished.

But, it’s not all doom and gloom for this species: Oceana is stepping in to reverse the current trend for northwest Atlantic dusky sharks. Over the next few months, Oceana will be embarking on a public awareness campaign to raise support for dusky sharks, and to demand concrete measures from the federal government to end overfishing of dusky sharks.

Here is the story:

After reading the Wasted Catch report and learning the imminent fate of his species, Dusky the Shark from the northwest Atlantic population is coming ashore to help his species. He is turning to Oceana for help in an attempt to rebuild his population and keep his friends alive. 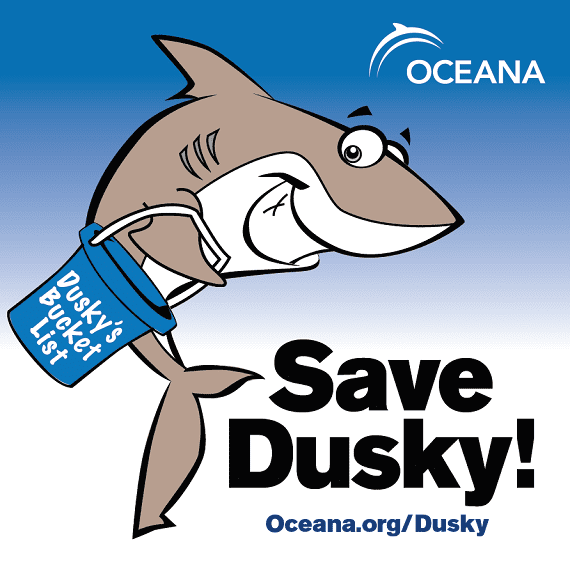 Over the next few months, Dusky will be developing his “Bucket List” of activities with the help of Oceana, as well as calling on the public for ideas to save his species. Dusky will meet with fishermen, elected officials, celebrities, and members of the public who may help reverse his fate.

Check back on The Beacon for live appearances of Dusky the Shark as he appears at events across the country, and even makes a debut in his own comic strip. Stay tuned for a Dusky the Shark appearance near you, and click here to take action for dusky sharks. 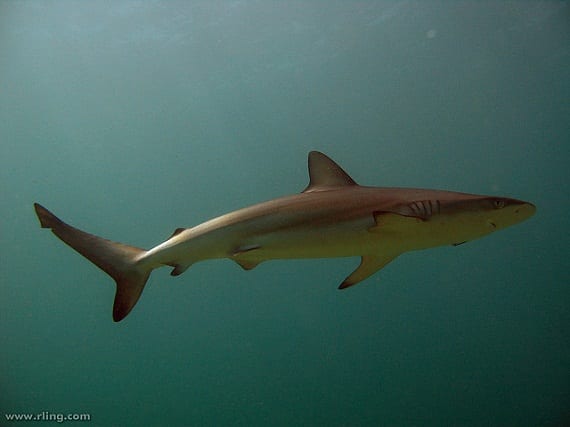