If you’re an ocean lover, you’re probably familiar with some of the ocean’s creepiest monsters of the deep—like anglerfish, with their glowing lures to trick their prey, to the blob sculpin, a ghostly-looking creature that’s sure to give anyone a fright. Many of the scariest-looking ocean animals are found in the deep sea, equipped with these strange features to deal with the cold, dark characteristics of the abyss.

But, the oceans are home to alien-looking animals far and wide across a range of depths. With Halloween fast approaching, The Beacon is spotlighting just a handful of these creepy creatures outside of the deep. Take a look below to find out more. 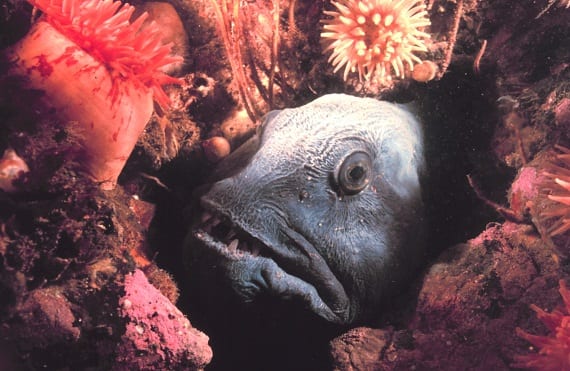 The large, canine-like teeth of the wolf-fish are arguably what gives this creatures its spooky look. However scary they may seem, though, wolf-fish have these teeth for good reason—they’re used to break open prey, like mussels, crabs, and sea urchins. Like other ground fish, its coloration varies from fish to fish based on its habitat, but ranges from a purple-brown to grey and dull-blue, according to the Gulf of Maine Research Institute. It has a large head and slender body, growing to about five feet long and weighing up to about 50 pounds. 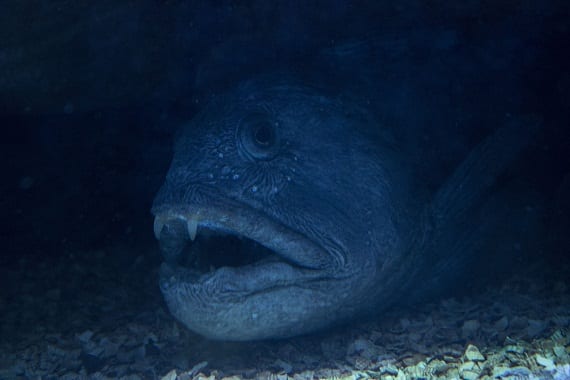 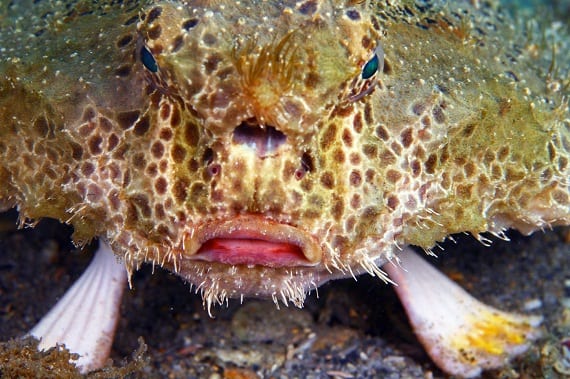 The polka-dot batfish may just be one of the funkiest looking creatures in the sea. Their pectoral and pelvic fins are located underneath the body, allowing them to walk across the seafloor over sand, seagrass beds, mud, and coral rubble in search of worms, crustaceans, and fish. Polka-dot batfish are flattened ventrally, giving them an unusual appearance. Small nodules called tubercles cover its upper body, giving it an appearance that it’s covered in warts. Its small lure above its head is short and stocky, and scientists think it can secrete an odor to attract prey. Once it does, it can extend its lips forward to catch the victim. 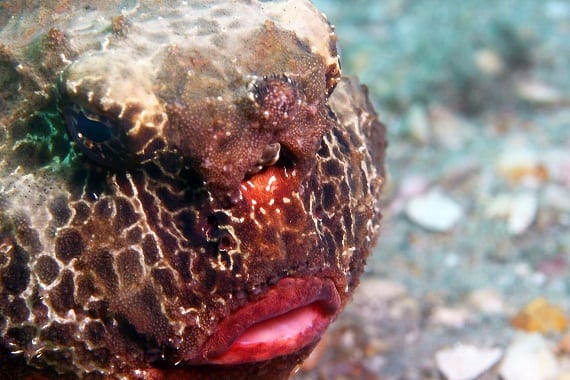 The polka-dot batfish is one of many batfish species that exist around the world. This species is distributed across subtropical waters in the western Atlantic and Gulf of Mexico in waters up to about 200 feet deep. 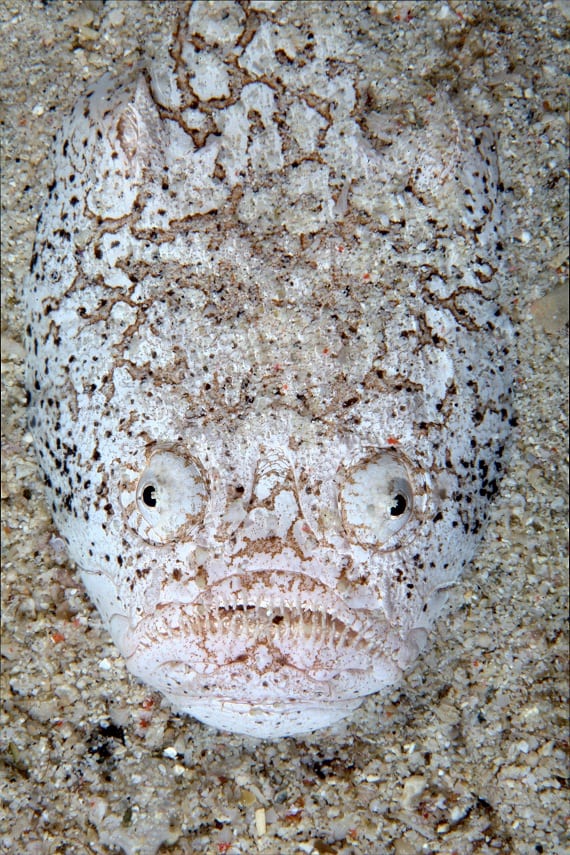 If you were to spot this uncanny-looking fish on a dive, its eyes that poke out of the sand would surely give you a fright. Whitemargin stargazers, aptly named for the eyes that sit on top of their heads like other stargazer species, are nothing but creepy looking. They bury themselves under sand, with their eyes and mouths poking out to keep an eye on prey. They have a fishing lure in their mouths that they dangle into the water, used to lure in prey.

They’re found along reef flats and bottom habitat around Fiji, Samoa, Indonesia, and the Red Sea. 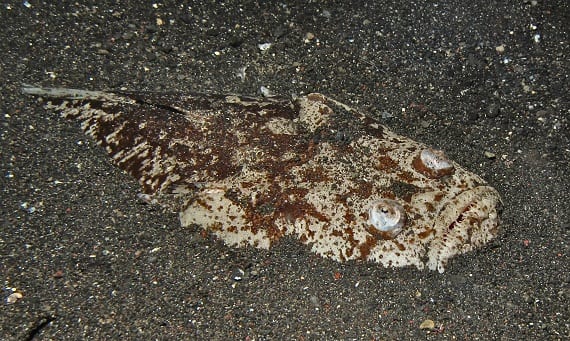 Stay tuned for more Halloween coverage on The Beacon throughout the week!