You may not have heard of sawfish, an incredibly unique looking family of rays. As a flat fish with a long toothed snout (rostrum) lined with teeth that looks like a saw, sawfish have earned their name. Despite their large size (up to 20 feet long!) and those intimidating teeth, sawfish are in trouble.

Fortunately, scientists have rung the alarm for these rays. At the Sharks International conference in Durban, South Africa, earlier this month—a forum for shark researchers, scientists, and conservations to converge and discuss their latest research—The Shark Specialist Group of the International Union for Conservation of Nature (IUCN) released a global conservation strategy for protecting sawfish.

Sawfish live in shallow coastal environments, making them very easy to catch. Historically, they were targeted for their large fins and toothed-snouts, but now these species suffer from habitat pollution and capture as bycatch. Sawfish fins remain among the most valuable of all shark species, and their eggs and bile are used in traditional Chinese medicine. As a result, populations have plummeted around the world, with one remaining stronghold in the southern Florida and one in northern Australia. Of the five species that exist around the world, three are critically endangered. Sawfish have likely gone extinct in 40 of the 92 countries where they once existed.

Scientists brought these facts and figures together as a call to action. Sawfish need our help. They have traditionally been important cultural symbols, appearing on currency and depicted in art around the world, and we cannot let this value slip away. The conservation strategy calls for better science, enforcing stronger protections, and reduced bycatch to reverse these declining trends.

How many other magnificent species are disappearing before we even get to know them? We hope that the implementation of well-enforced conservation interventions can help these amazing rays to recover.

Check out this infographic about sawfish and their decline by the Shark Specialist Group. 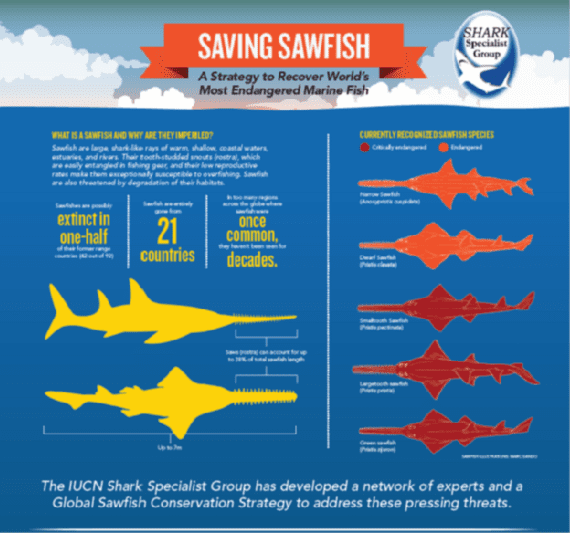 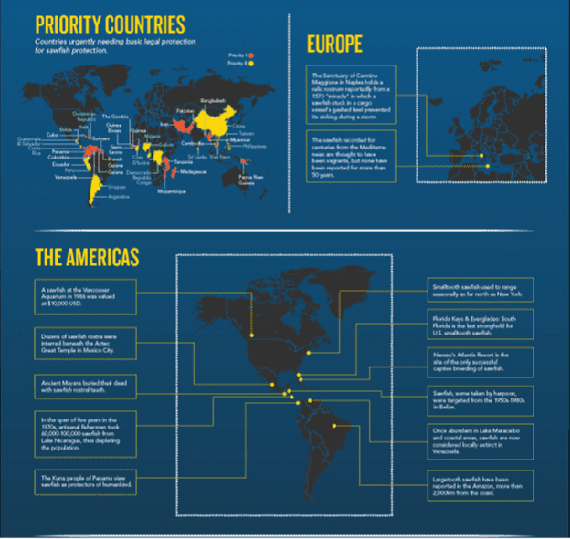 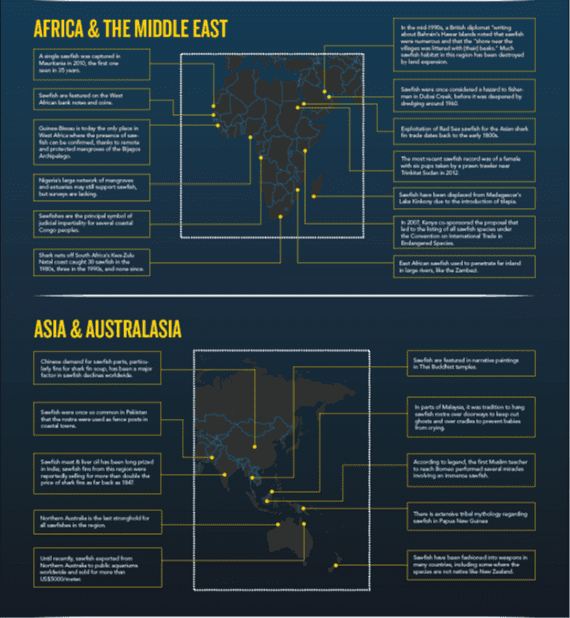 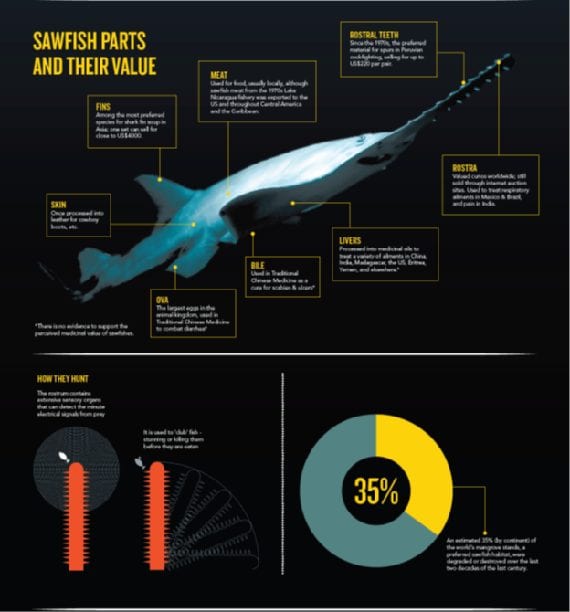 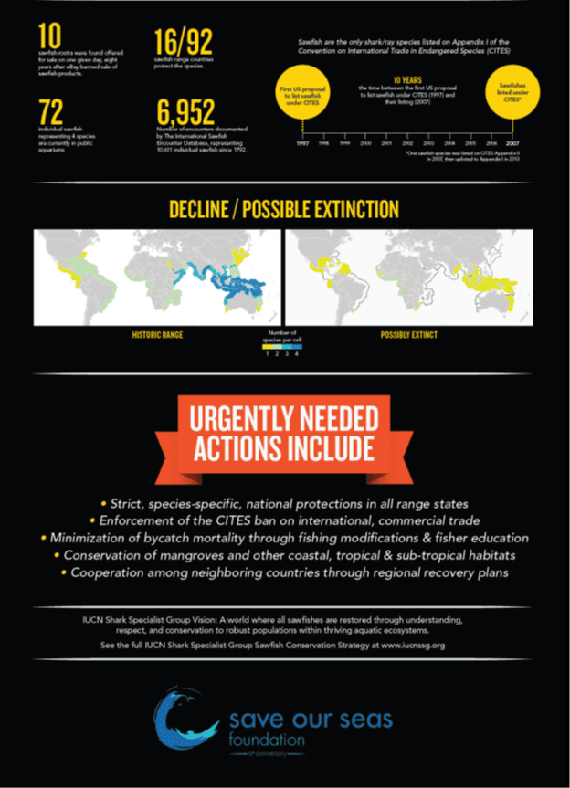