This month, Oceana staff and Wavemakers teamed up in Washington, D.C. to support Ocean Conservancy at their annual International Coastal Cleanup flagship event. Enthusiastic volunteers enjoyed a beautiful day along the Anacostia River on Kingman Island, where over 500 volunteers removed 3,972 pounds of trash.

Worldwide, more than 500,000 volunteers in over 100 countries removed over 18 million pounds of trash from local waterways. This annual single-day volunteer effort is important because it not only prevents trash and debris from entering our ocean ecosystems; it also collects data for policy-makers and researchers to use to find a solution to the ongoing issues of marine pollution and ocean degradation.

Patrick Mustain, Oceana’s communications manager, was part of the Oceana crew at the cleanup. “As frustrating as it was to see the human impact on the natural environment from plastics, it was really gratifying to watch hundreds of people spending their Saturday morning working together to make the world better in this one small way,” said Mustain. 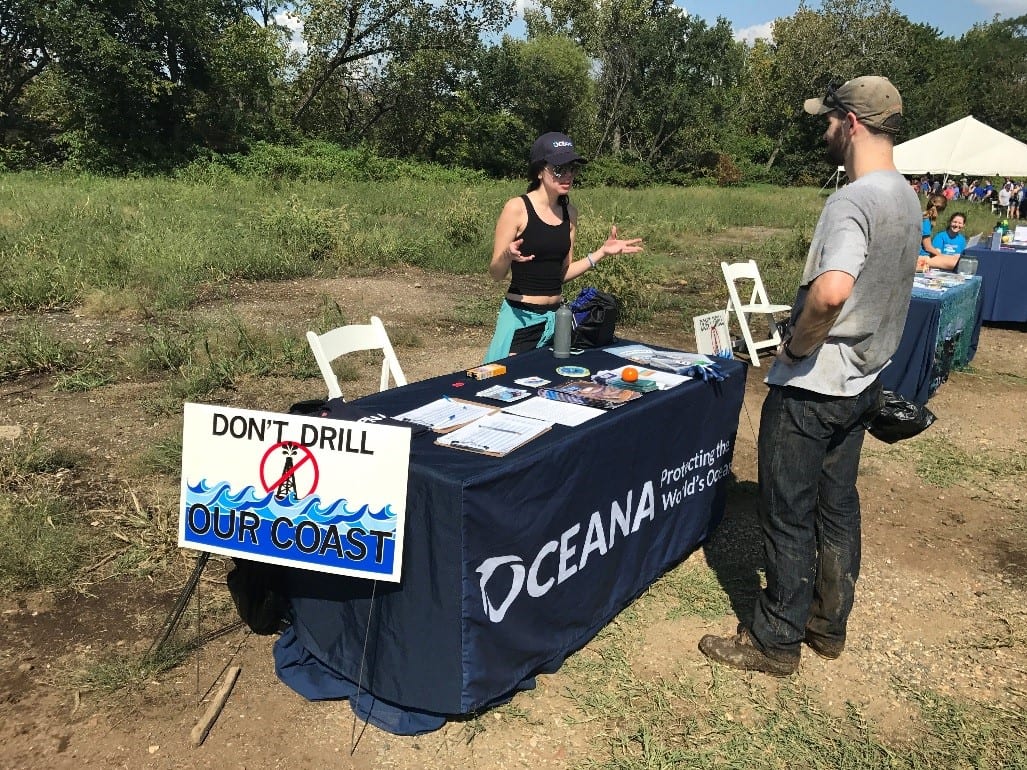 For almost two hours, volunteers worked to pick up roughly 800 pieces of litter. The results were astonishing: plastics made up over half of what we picked up.

At least 267 different species are known to have suffered from ingesting or becoming entangled in marine plastic debris, including 86 percent of all sea turtle species, 44 percent of all seabirds, and 43 percent of all marine mammals. Sea turtles are particularly susceptible to suffocating from plastic bags, which they often mistake for one of their favorite snacks, jellyfish. A third of necropsies since 1968 of endangered leatherback sea turtles have revealed ingested plastic bags.

Mustain urged the importance of tackling this problem before the damage becomes irreversible. “We’ve been putting this stuff out there for barely a century—that’s a blip in geological terms. If we don’t curb this now, imagine what the world might look like in another 100 years.”

Leaders around the world are working to find a solution to ocean plastic pollution, but ocean defenders can help prevent the problem in their own backyards, which is exactly what this event was about.

For over 30 years, Ocean Conservancy’s International Coastal Cleanup has been helping protect our marine life, like endangered sea turtles, whales, and dolphins, from trash and plastic litter. More than 12 million volunteers have helped remove trash from local waterways since then, and we were happy to join them this year!

Follow Oceana Mid-Atlantic to learn more about our local efforts to #BreakFreeFromPlastic.