On October 9, Oceana and our friends at TOMS are celebrating World Sight Day, a time to raise awareness on blindness and vision impairment around the world. On our end, we think World Sight Day provides an excellent opportunity to also celebrate the truly unique vision in marine animals. The diversity of ocean animal eyesight and capabilities—which must tolerate different salinity levels, pressure gradients, and more—is truly astounding, and deserves a closer look.

Take a look below to learn 10 learn cool facts about vision in marine animals:

1. Great white sharks have excellent vision. When they feel threatened or are feeding, they can role their eye backwards in the socket to protect themselves. 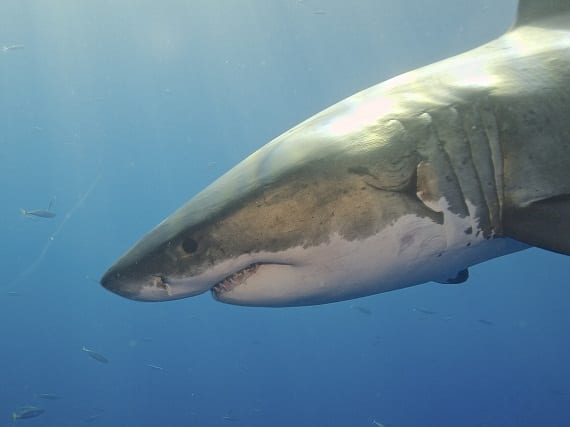 2. Giant squid eyes measure about 10 inches across—giving them the biggest eyes in the animal kingdom. For comparison, that’s as big as a human head or a dinner plate, says the Smithsonian. The wide diameter allows more light to penetrate through, helping them sense predators in dark ocean waters.

3. The colossal squid, which is thought to be even bigger than the giant squid but hasn’t been studied alive in its natural habitat, also has eyes about 10 inches wide. Its eyes face forward, unlike the giant squid, whose eyes are on the side of its head.

4. The eyes of mantis shrimp are truly unique. They sit on stalks, able to move independently of each other, and can see a special “spiraling polarized light” that no other animal is capable of seeing. Not only that, but their eyes have 12 different photo receptors—more than any other in the animal kingdom. By comparison, humans have three photo receptors and many birds, reptiles, and fish have four, according to National Geographic. 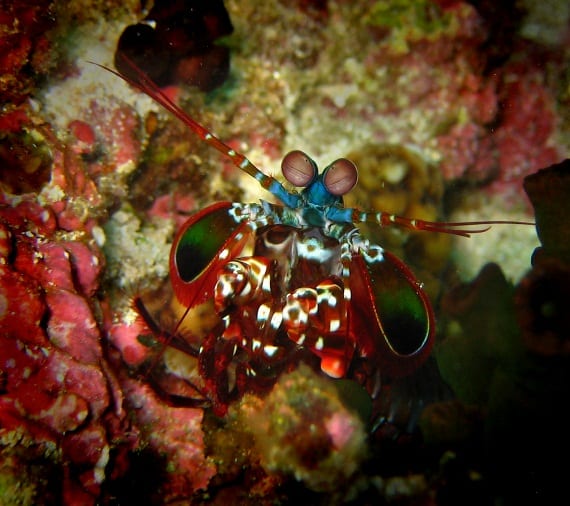 5. Like several other species, bottlenose dolphin eyes move independently of each other. Their strong eye muscles allow their eye lenses to change shape depending on whether they’re in or out of the water. 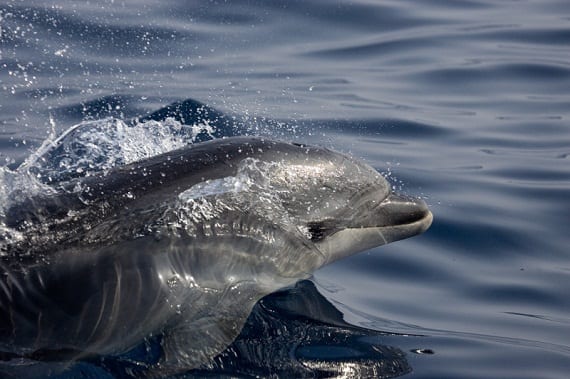 6. Gray whales eyes are about the size of a baseball, are located about seven feet back from the gray whale’s rostrum.

7. Octopuses have excellent eyesight, though they seem to not be able to see color, according to NOAA. Though they may be colorblind, new research shows they can detect polarized light—an ability humans lack—which gives their vision an extra feature and may be advantageous in avoiding predators and detecting prey. 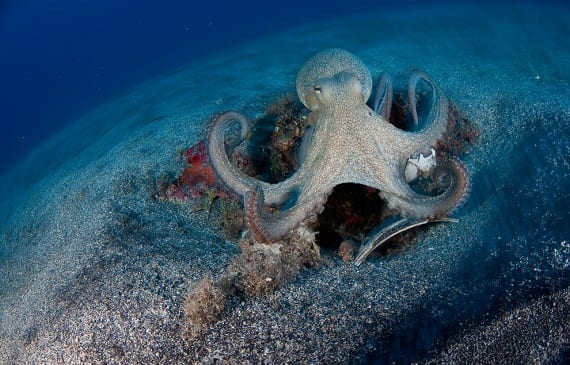 8. You may not realize it, but sea stars actually have eyes—one at the end of each arm. Their purpose was long a mystery, but research published this year found that eyes on blue sea stars (Linckia laevigata) give individuals a “rough image” of their surroundings, which keeps sea stars from wandering too far from familiar ground, says National Geographic.

9. Like other marine reptiles and birds, sea turtles have salt glands to excrete excess salt. This gland empties through turtles’ eyes in a salt-and-fluid mixture, so it’s said that sea turtles sometimes look like they are “crying” when they come ashore to nest. 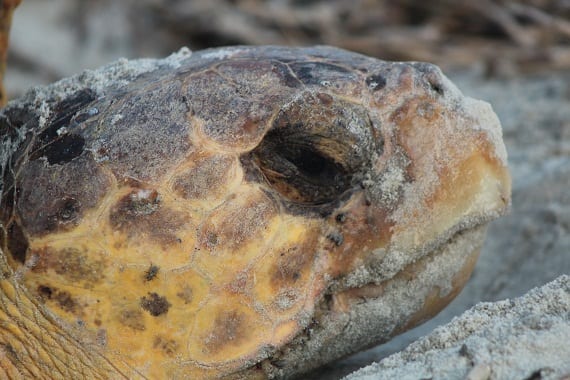 10. Horseshoe crabs have several pairs of eyes—some which are capable of magnifying sunlight, while others can sense UV light from the moon, according to the U.S. Fish and Wildlife Service. They also have some eyes under the shell and tail, which scientists think are used when swimming upside down.