If you spent this past Labor Day weekend at the beach, the chances are that you saw a shorebird—like a willet or sandpiper—wading in the sand, scurrying from waves or poking its bill into the surf zone to look for food. Shorebirds may not be as appealing as charismatic mega fauna you’d encounter at the beach, such as dolphins or nesting sea turtles, but they’re just as impressive: Shorebirds undertake some of the longest migrations in the animal kingdom, and power through taxing nesting seasons that require adult shorebirds to protect their eggs through hurricanes and predation.

With shorebirds nesting, breeding, and migrating through so many landscapes and habitats—from beaches to grasslands and wetlands—it should come as no surprise that many shorebird populations are declining. Habitat degradation, hunting around the turn of the 20th century, and pollutants have led to serious declines in many species.

This Saturday marks the first World Shorebird Day—a day to raise awareness and celebrate these incredible migrants— and serves as a reminder that there are actions people can take every day to protect these birds. Every little action, no matter how small—from picking up trash to properly disposing of fishing gear—can have a big impact on shorebirds and other marine life.

Take a look below for five steps you can take to protect shorebirds this World Shorebird Day and every day of the year:

1. Never feed wildlife or leave food on the beach. Feeding wildlife can make them dependent on humans for food, causing them to lose their ability to forage or become too comfortable around humans. This poses a huge risk to the public, as some animals like alligators can become fearless of humans, and possibly become aggressive when they’re not fed. Food scraps can also attract predators onto the beach, like crows and raccoons, who then can discover a bird nesting colony and turn shorebird eggs into a tasty meal. 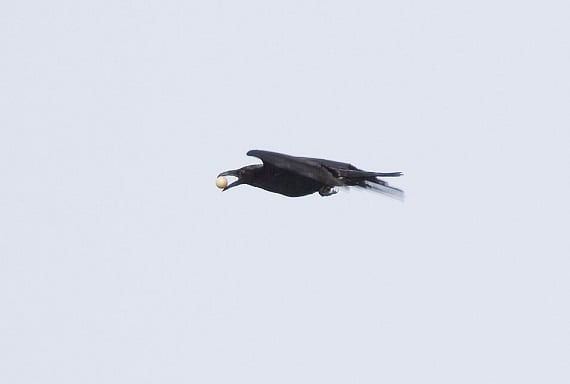 A crow flying with a bird egg in its mouth. (Photo: USFWS Mountain-Prairie / Flickr Creative Commons)

2. Keep pets on a leash near bird nesting colonies. When you bring your dog to the beach, it may become curious and run towards a bird nesting colony. This can cause birds to flush off their nests, leaving their eggs exposed and vulnerable to predators if it’s nesting season. Or, if birds are migrating, they can lose excess energy at a time when they need to be resting during migrations.

3. Pick up trash on the beach. Trash endangers a range of marine life—like sea turtles, who can mistake plastic bags for a typical jellyfish snack and choke, die, and starve—but it also puts shorebirds at particular risk. Birds can easily choke or become entangled in fishing hooks or fishing line, so it’s important to be particularly mindful of cleaning up fishing gear. Many beaches have special depositories for monofilament where it can be recycled. 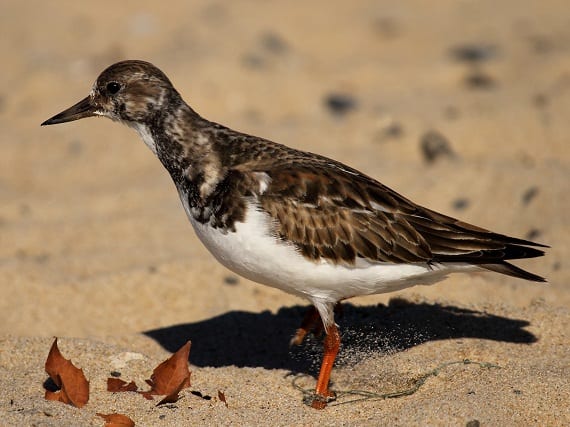 4. Do not enter protected areas. When you see a roped-off area on the beach or grasslands that says it’s closed for bird nesting or migrating season, respect the posting. Birds that have nested within these posted areas most likely laid their nests on the ground, which camouflage well with the sand and are easy to step on. Additionally, birds will fly off their nests or out of the posted areas when a figure gets too close.

5. Spread the word! Not everyone who lives near shorebird breeding or migration grounds are familiar with shorebird behavior and threats. Informing others about the various risks to shorebirds can keep them safe and on their nests—and can enlighten others about just how neat shorebirds are to observe.