Photos: Introducing Deep-Sea Sharks, Some of the Wildest Looking Fish in the Oceans

Did you know that over 350 shark species exist? Despite that massive number, most of the cartilaginous fish that get our attention are often the ones that frequent coastlines or are the most charismatic, like great white sharks and whale sharks.

But beneath surface waters in the cold, dark depths of the ocean, many other shark species exist that look like something out of a movie. Deep sea sharks—those found nearly 1,000 feet below the ocean’s surface—often look funny because of specialized adaptations for surviving in the oceans’ most hostile environments. A new study, for example, found that five deep-sea shark species have transparent patches of skin above their eyes—likely an adaptation to let them see what’s swimming above them—while the blackbelly lanternshark possesses a glowing streak of dots across its retina that likely allows them to find each other.

As the Discovery Channel searches for previously unknown shark species in “Alien Sharks: Return to the Abyss” tonight, Oceana is taking a look at five other-worldly sharks found in the deep-sea. Take a look below to learn more about these lesser-known creatures. 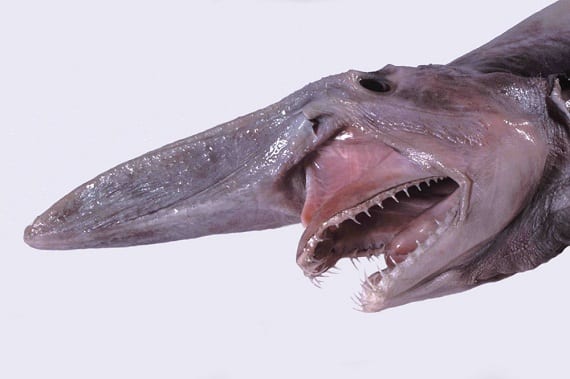 Globin sharks are recognizable for their long, bill-like snouts and flabby bodies—characteristics that indicate they move slowly and have a density similar to seawater. Their snouts are covered in electroreceptors likely used to detect prey, which include shrimp, octopus, fish, and squid. Only a few dozen goblin sharks have ever been caught, but they’re known to inhabit ocean waters at depths of 1,000 to 4,300 feet.

Frilled sharks are incredibly unique looking compared to other sharks, with long, slender bodies and front-facing mouths. These chocolate-brown sharks also have  six gill slits, each with a frilled edge, rather than the usual five found in many species. They’re found at depths of 400 to about 5,000 feet. 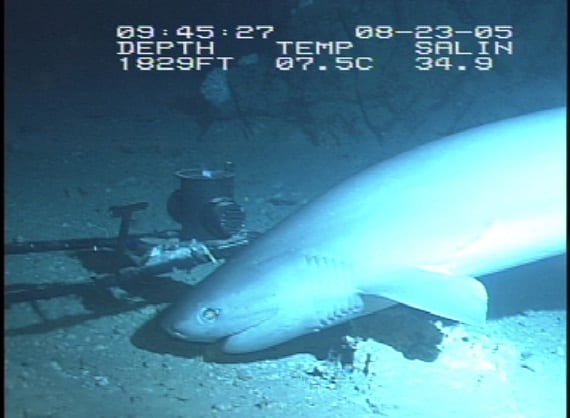 The bluntnose six-gill shark is a massive deep-water shark that reaches 18 feet in length. It rests in the deep ocean during the day at depths up to 7,500 feet, but swims to shallower water at night to feed. Though it’s slow moving, it’s considered to be a strong swimmer. 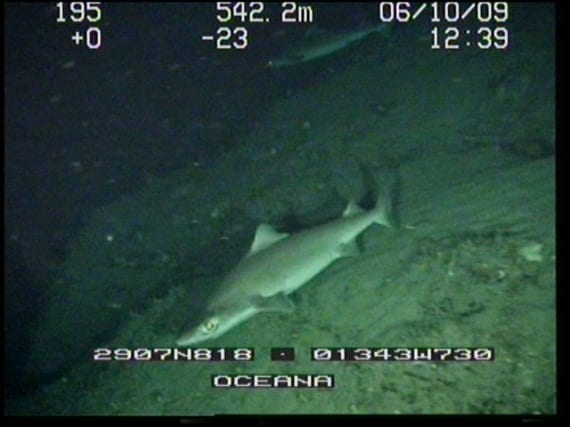 These slim, roughly five-foot-long sharks are found from about 300 to 4,000 feet deep. They’ve been targeted for the shark liver oil trade and are also caught as bycatch. The International Union for Conservation of Nature and Natural Resources lists gulper sharks as vulnerable. 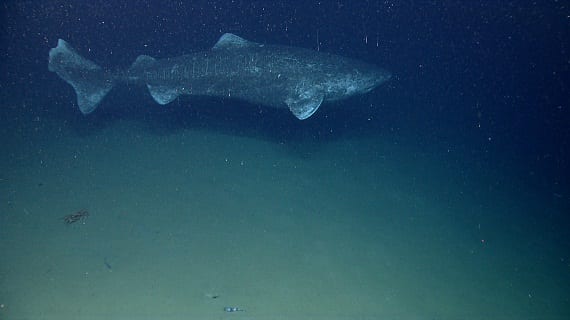 These sluggish sharks are one of the largest sharks in the world, reaching 21 to 24 feet in length. The stomachs of Greenland shark specimens have been known to contain polar bear, horse, and reindeer. They swim in deep, cold waters in the North Atlantic and Arctic at depths up to 3,900 feet.