Photos: A Look at Amazing Fall Migrations Underway in the Oceans Right Now

As temperatures start to drop and days shorten in the Northern Hemisphere, it’s that time of year again when many animals embark on migrations for the winter season. Animals migrate for a variety of reasons, but most commonly in search of productive feeding and breeding grounds. Some embark on vast seasonal migrations, like caribou, that can travel more than 3,000 miles each year, while others make daily migrations—like some krill that engage in vertical migration by swimming from deeper waters to the surface every day.

Undoubtedly, many marine animals embark on some of the most impressive journeys in the entire animal kingdom. Take a look below to learn more about some of these epic marine migrations and see if any of these species will be passing through your neck of the woods. 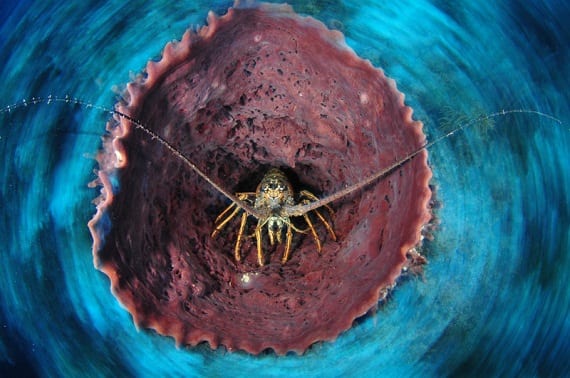 These colorful crustaceans embark on rather peculiar seasonal migrations. Found along coral reefs in the Caribbean, these lobsters migrate in large numbers each fall as ocean temperatures begin to drop, normally after a strong storm. At this time, they exit their caves and form amazing single-file lines called queues, sometimes in groups of up to 50 individuals, and march along the seafloor without stopping until reaching more stable ocean temperatures. 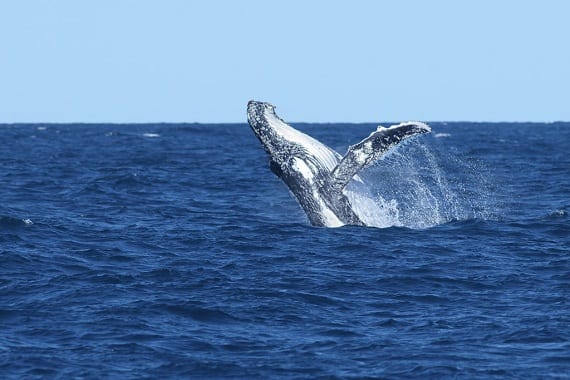 These baleen whales make some of the longest migrations out of any marine mammal, traveling about 5,000 miles one way. These whales and their calves travel from their summer feeding grounds in the poles to warmer equatorial waters to breed. They often feed in coastal waters at the ocean’s surface during migration—a combination that’s advantageous for whale watching, but puts them at risk for interaction with fisheries. 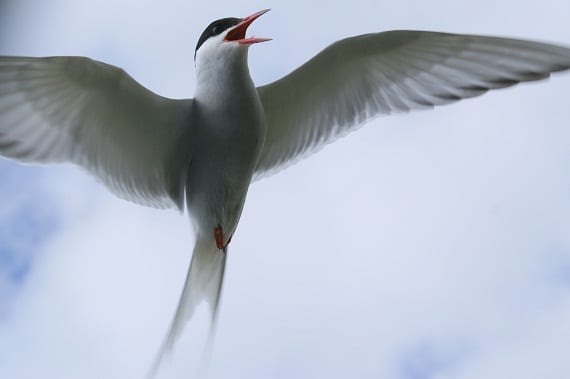 This small bird, with a wingspan of just 25 to 30 inches, makes the longest migration out of any animal, according to Audubon magazine. They breed in the northern latitudes, ranging from the Arctic Circle to as far south as New England, and then migrate to wintering grounds off Antarctica. Tagging studies found they can migrate 44,000 miles per year – or up to 55,000 miles round-trip if one includes the distance they spend wintering in Antarctica. 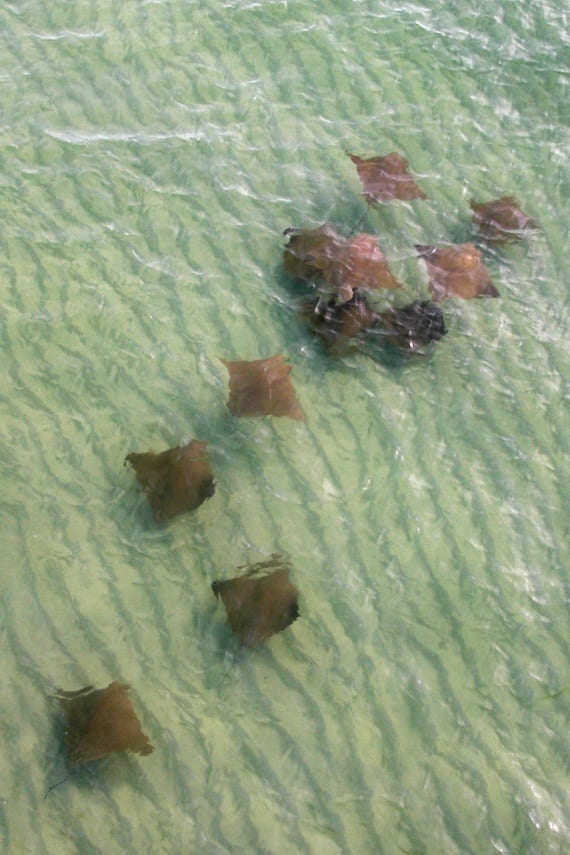 A group of cownose rays. (Photo: By Dorothy Birch (Original Work by Author) [CC-BY-SA-3.0 or GFDL] via Wikimedia Commons)

These strong swimmers embark on long seasonal migrations each year, swimming north in the late spring and south in the late fall in the Atlantic Ocean. Cownose rays are known to travel in large numbers – the Gulf of Mexico population migrates in schools of 10,000 individuals – and their migrations tend to kick-off based on a number of factors like food availability and predator presence, and sometimes water temperature, says the Smithsonian Marine Station at Fort Pierce. 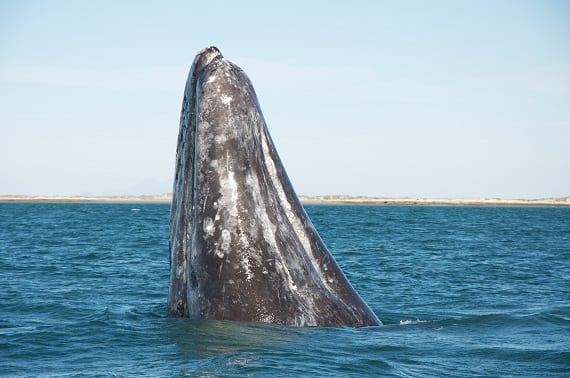 These massive whales, which weigh 30 to 40 tons and can grow 40 to 50 feet long, manage to make one of the longest migrations out of any mammal in the animal kingdom. Traveling together in pods, gray whales can make over 12,000 mile-long, round-trip journeys from feeding grounds in Alaskan waters in the summer to the warmer waters off of Mexico in the winter where they breed and give birth. Because they travel along the U.S. West Coast during migrations and surface to breathe, they can be spotted by whale watching tours during migration, though they’re also the whale species most commonly struck by vessel traffic. 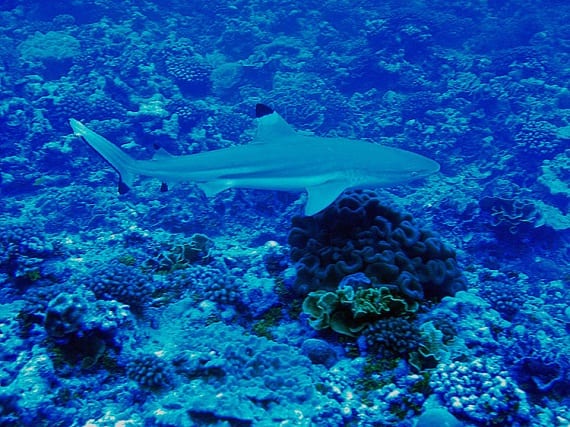 Blacktip sharks migrate seasonally in one of the largest shark migrations each year in U.S. waters, according to the National Wildlife Federation. During peak migration, when Atlantic blacktips swim past coastal Florida to warmer wintering grounds, blacktips can densely congregate together – as many as 1,000 sharks can be found within a quarter-mile area, says one shark researcher. 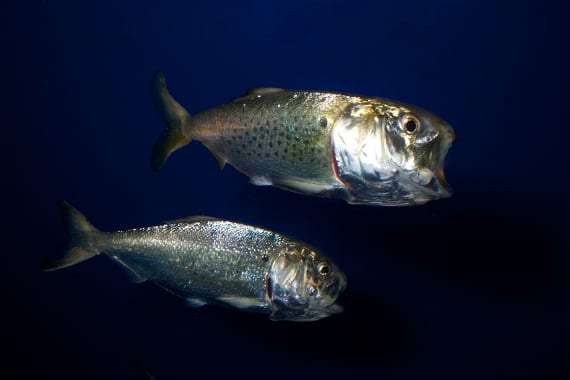 This tiny fish, which has the second largest fisheries landings in volume in the U.S. besides pollock, migrate seasonally every year. Young-of-the-year menhaden born in the Chesapeake Bay join schools of adult menhaden and head out of the Bay to the warmer waters off North Carolina. They stay there until the spring, when adult menhaden head back to the Bay to spawn.