Photos: A Look at Some of the Ocean’s Most Beautiful Tentacles

If you’ve spent some time at the coast this summer, the chances are you’ve had a close encounter with a jellyfish, as these invertebrates have earned quite the reputation in the media for “invading” coastal areas and causing a “jellyfish apocalypse” in recent years. While many jellyfish species have been spotted in higher-than-average numbers over the past few years—from moon jellyfish in Maine to barrel jellyfish in England—scientists are unsure of whether jellyfish populations are truly increasing or if this is part of decadal population fluctuations.

Though some jellyfish species do have painful stings—and some even deadly, like the box jellyfish—their tentacles are beautiful, nonetheless. Take a look below for a glimpse at some of the incredible biodiversity found in invertebrate tentacles, from jellyfish to octopuses and squid, across the world’s oceans.

The Mediterranean jellyfish, also called the “fried egg” jellyfish, only lives for about six months, but can grow to a foot long during its short lifespan. Its sting is harmless to humans. 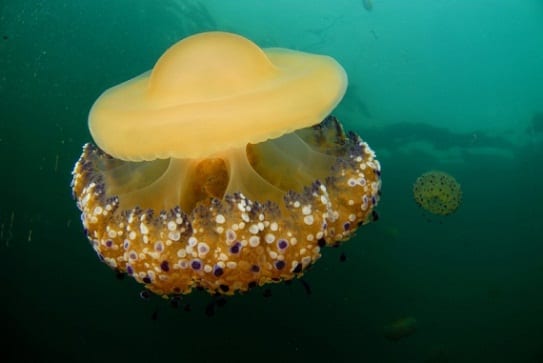 The blue jellyfish, also known as the bluefire jellyfish, is found in coastal waters along the British Isles. It has eight groups of tentacles under its head, or bell, and each group contains 40 to 60 tentacles. Though it does sting, it’s considered to be one of the weaker stings found in that region.

The common octopus, described above, can grow to about four feet long. It’s said that the suckers on their tentacles can tear flesh, and that a quarter-ton of force is needed to break the bond from one of the suckers. 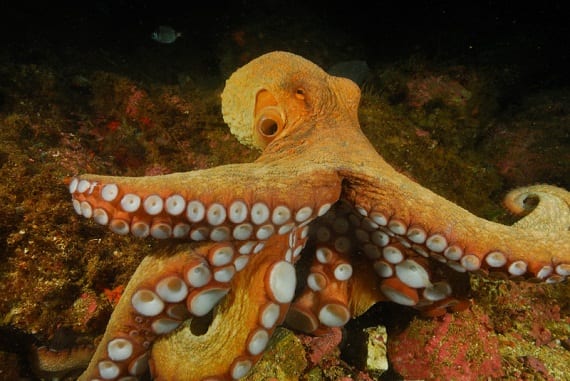 Found in the North and South Atlantic Oceans, and the Mediterranean, Black, and Red Seas, barrel jellyfish have been appearing along British beaches in massive swarms in recent years. Though they do sting, it’s considered to be mild. 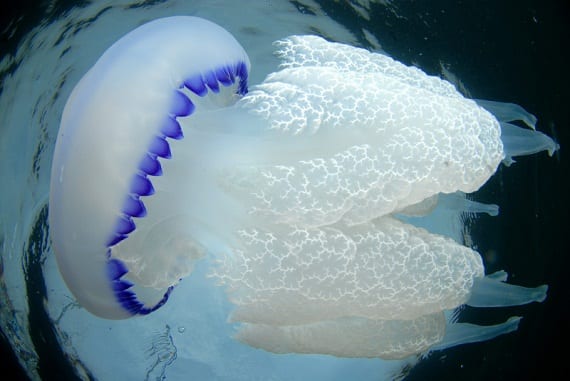 Mauve stinger jellyfish tentacles have one of the more painful stings, complimented by tiny red spots that have stinging tentacles, but it’s not considered to be dangerous. This jelly is found in open water near in the Northeastern Atlantic, Mediterranean, Indian Ocean, and western and central Pacific.

The Portuguese man-of-war is actually not a jellyfish, but a siphonophore—an animal comprised of a colony of organisms. Their tentacles, one of four polyps of the organism, can extend to 165 feet long. Man-of-war stings are quite painful, but are rarely deadly. They’re found in warm water across the world’s oceans.