A trio of Hollywood celebrities recently took their star power to Belize to help Oceana protect the largest reef in the Western hemisphere. Cobie Smulders (“How I Met Your Mother”), Rashida Jones (“The Office”), and Angela Kinsey (“The Office”) traveled to coastal Belize, where they raised awareness for this delicate ocean ecosystem and promoted Oceana’s ongoing work in the country.

Cobie Smulders filmed a new Oceana Public Service Announcement (PSA) in stunning South Water Caye Marine Reserve in Belize, where she visited a unique island made of mangrove trees. The habitat is critical for juvenile reef fish, providing shelter for them to grow before they settle on the nearby barrier reef.  Smulders remarked on how amazing it was to see such a diverse and important habitat just beyond the surface of the water. 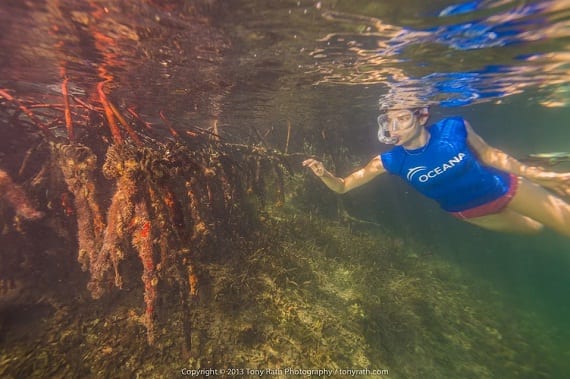 “Maybe because it’s underwater people don’t really think about it as much, but this reef is Belize and you just want it to always be there,” Smulders said. “It was really interesting to see how necessary these habitats are for the good of the reef. Oceana works really well with local governments and communities to empower them and educate them in how to preserve their local marine habitats.” 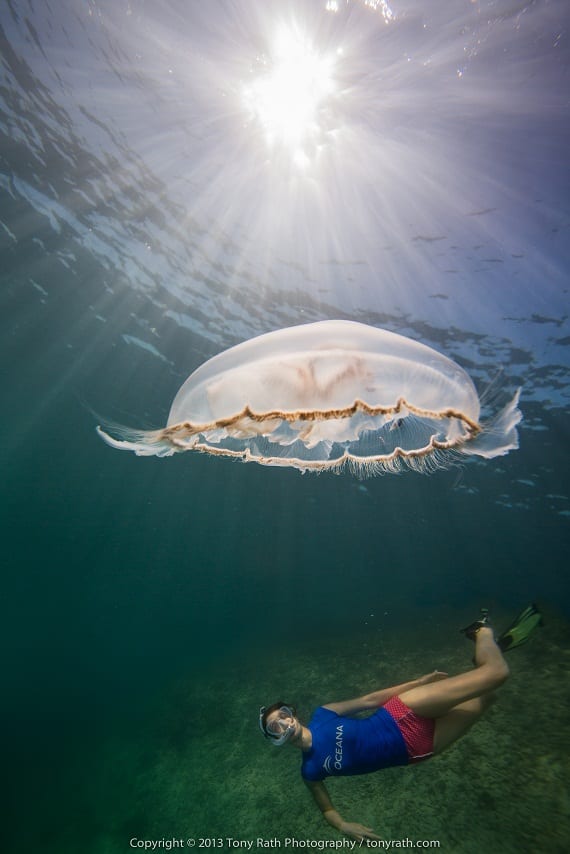 A short ride away to the north, friends and “The Office” co-stars Rashida Jones and Angela Kinsey traveled together to the island of Ambergris Caye, the longest barrier reef in the Western Hemisphere. Oceana took Jones and Kinsey snorkeling in the Hol Chan Marine Reserve, where they learned about the various pressures facing this reef ecosystem and marveled at the sharks, turtles, fish, and rays that flooded this protected area. 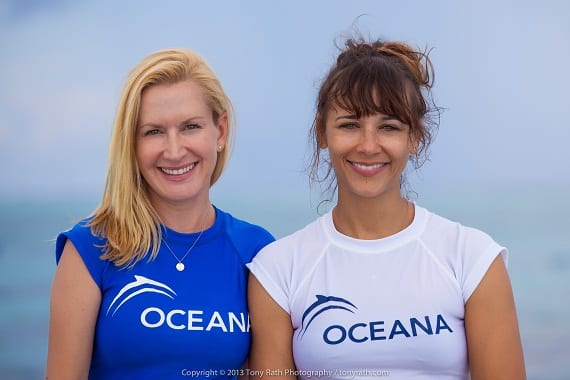 “You can tell this area is totally protected because every fish is like ‘I’m hanging out here!’” Kinsey commented after her first snorkel. “I felt like I was in a giant encyclopedia of fish. You really see how important protecting their habitat is.”

“Hol Chan [marine reserve] is like the 405!” Jones added. “There’s every type of creature imaginable. It’s amazing to see that type of diversity in one snorkel.” 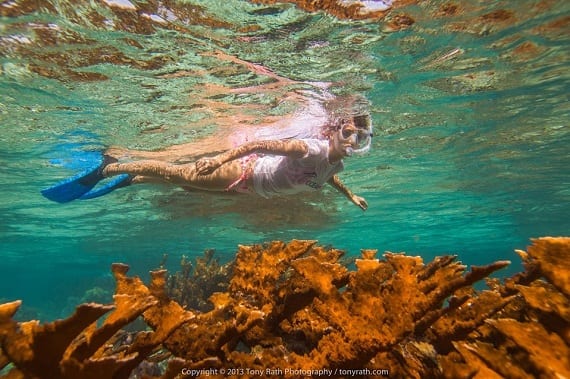 Since opening its Belize office in 2009, Oceana has won a number of impressive victories, including securing a national ban on destructive bottom trawling in all Belizean waters, and advocating against offshore oil drilling in Belize’s incredible marine environment.

To catch behind the scenes footage of these trips to Belize, and to join Smulders, Jones, and Kinsey in protecting the ocean’s hidden treasures, click here.