Photos: Seven Marine Animals that are Totally NOT Okay with Seismic Blasting

Note: This blog post was first published on LiveScience on June 8, 2015.

The United Nations designates June 8 as World Oceans Day. This year, the theme healthy oceans, healthy planet, encourages individuals to consider actions to help protect the health of our oceans and our coastal communities. For those on the East Coast of the United States, the Obama administration’s recent proposal to allow offshore oil and gas exploration in the Atlantic is cause for concern. Oil and gas companies use seismic airgun blasting to find oil and gas deposits, creating one of the loudest human-made noises in the ocean. According to government estimates, as many as 138,000 whales and dolphins along the East Coast from Delaware to Florida could soon be injured or possibly killed if seismic blasting is allowed. These tests not only threaten marine life, but also the communities and industries that depend on their health. In observance of the recent World Oceans Day, take a look at seven examples of marine life that could be affected by seismic testing. 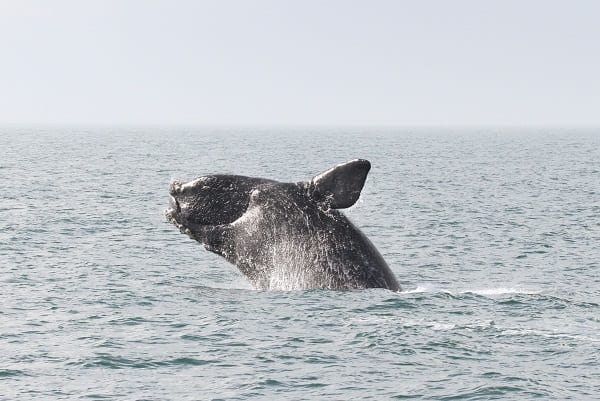 The North Atlantic right whale earned its name from eighteenth century whalers as it was literally the “right” whale to hunt. After nearly being hunted to extinction, only about 500 individuals remain, making it one of the most endangered species on the planet. The whales’ only known calving grounds are located off of the coast of Georgia and Florida, which are areas proposed for seismic testing. The blasting could lead to serious injuries and disturbances to the North Atlantic right whale, as well as negatively affecting its critical habitat. Harming even one of the population’s females or juveniles could threaten the survival of the entire species. 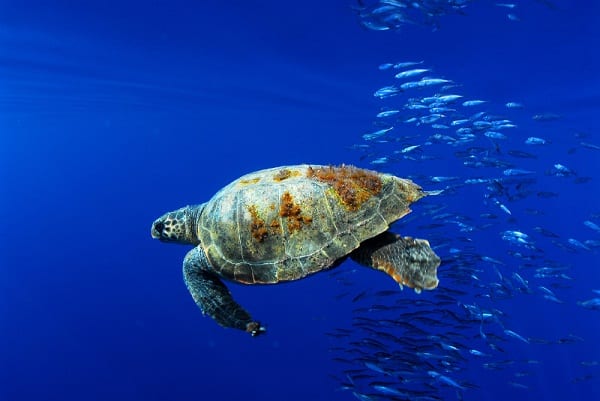 Turtle ears may be small, but they’re sensitive. Seismic blasts could cause auditory injuries to sea turtles, and also lead to behavioral changes that could interfere with nesting. All of the sea turtle species in the U.S. — loggerhead, hawksbill, olive ridley, green, leatherback, and Kemp’s Ridley — are threatened or endangered. Many sea turtles nest on the coast from North Carolina to Florida; the same areas proposed for oil and gas surveys. The recovery plan for loggerhead sea turtles specifically mentions seismic airgun blasting as a threat to rebuilding populations. 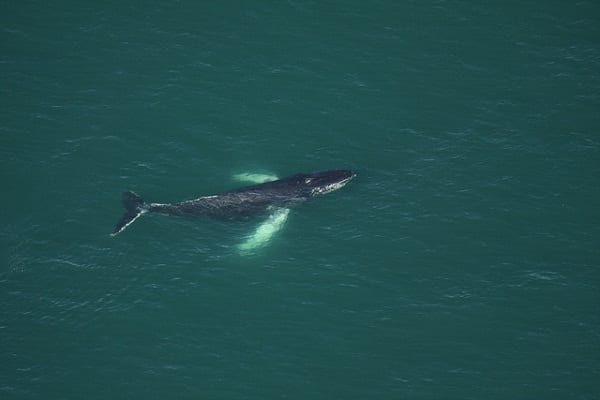 In order to communicate with other whales, humpbacks use a complex combination of noises. The melodies are beautiful — underwater songs that fill listeners with awe. Seismic airguns emit a wide range of frequencies and the sounds in the lower frequency ranges are particularly troublesome for the musical humpback whale. These lower frequency sounds can travel thousands of miles from their source. In one recorded instance, humpback whales in a 100,000 square mile area stopped singing when subjected to the powerful sound of a seismic airgun near Scotland. Ending the humpback’s haunting song could impact migration, breeding and feeding. 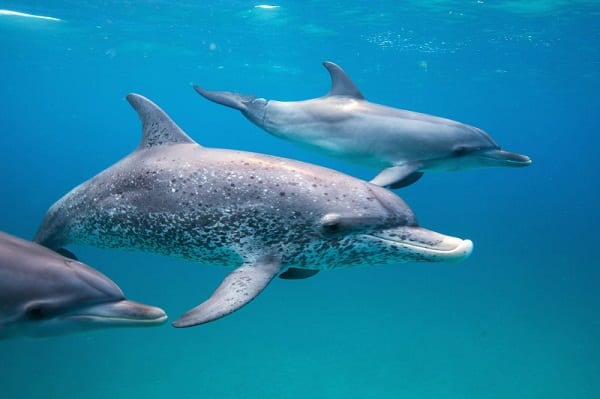 Dolphins use clicks and whistles as a complex form of communication. Bottlenose dolphins have even been observed using distinctive whistles for individuals within their pod, similar to how humans use names. The loud and powerful blasts from seismic testing could cause temporary and permanent hearing loss in dolphins and whales. After seismic testing occurred near Peru, about 900 long-beaked common dolphins and black porpoises washed up dead along a stretch of beach. Upon examination, the dolphins were discovered to have had fractures in their ear bones and signs of bleeding from their middle ears. 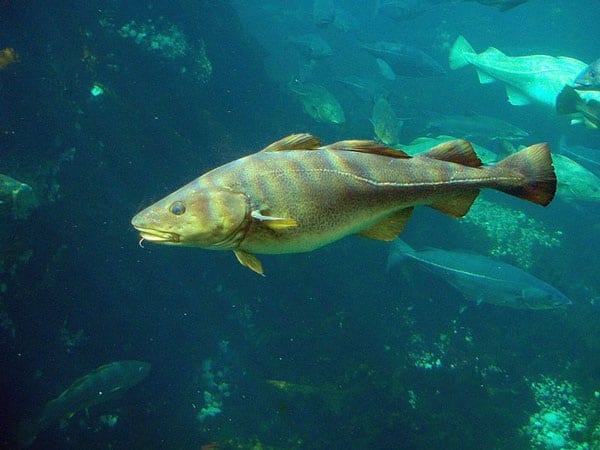 Cod and Haddock put the “fish” in fish and chips. As two of the most popular commercially caught stocks in the Atlantic, cod and haddock contribute to an $11.8 billion dollar fishing industry along the East Coast. Seismic testing could not only kill the eggs and larvae of commercially caught fish, such as cod and haddock, but also displace adult fish. After seismic testing was conducted in the Barents Sea, catch rates of cod and haddock declined by 40 to 80 percent for at least five days over thousands of square miles. The decline caused fishermen in the area to seek financial compensation for the loss of catch. 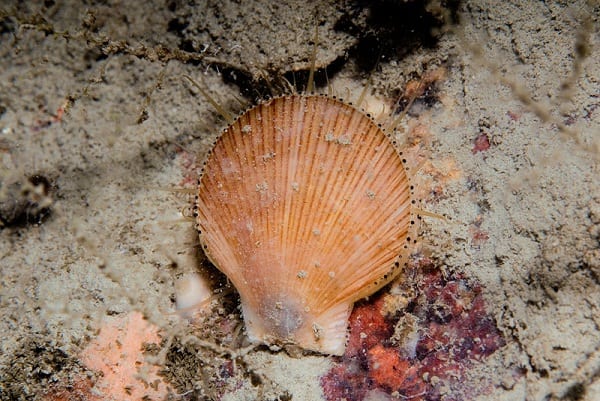 The Atlantic sea scallop fishery is the largest and most valuable wild scallop fishery in the world. The scallops are primarily harvested in Massachusetts, New Jersey and Virginia. While seismic testing has been proposed for the waters off of Virginia, the complete effects of testing on scallops and other shellfish such as lobster, oysters, and crab, are still being studied. However, after a seismic survey occurred in Australia in 2010, fishermen saw an 80 percent decline in scallops harvested, resulting in a loss of $70 million. If seismic testing were allowed along the East Coast, it could jeopardize the scallop industry and other important shellfish hatcheries and nurseries 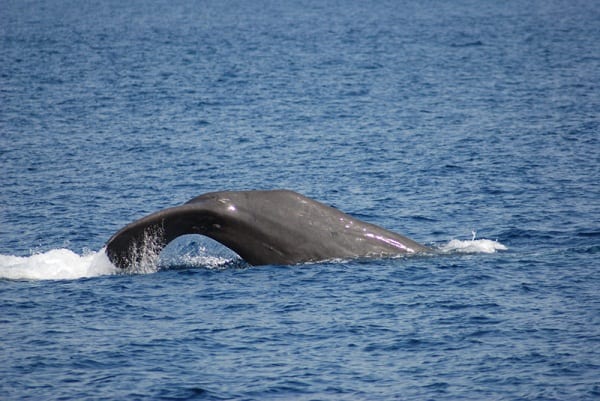 Sperm whales are capable of diving 3,280 feet below the surface in search of food, making them the deepest diving whale. Despite being such adept divers, scientists have observed beached sperm whale carcasses exhibiting signs of decompression sickness. Decompression sickness is the result of nitrogen bubbles forming in the blood stream when mammals decompress too rapidly.  Noise from seismic airgun testing could startle marine mammals, including the sperm whale, causing them to rapidly ascend towards the surface. As SCUBA divers know, decompression sickness, commonly referred to as the bends, can cause serious problems such as confusion, severe pain, paralysis or even death.