Last week, the Spanish Supreme Court ruled in favor of oil drilling in the Canary Islands. The ruling approves permits for Repsol, a Spanish multinational oil and gas company, to search for hydrocarbons on the eastern coastlines of Fuerteventura and Lanzarote islands. This project will harm up to 25 marine areas and 82 protected species that were documented by Oceana during its expedition in this zone.

“It is a disgrace how the government is handing out exploitation permits that benefit just a few people, while putting the rest of Spain in danger of losing countless essential and extremely fragile habitats,” Oceana in Europe research director Ricardo Aguilar said in a press release.

The permits will cover an area of roughly 1,500 acres, which is almost 2.5 times larger than the Fuerteventura and Lanzarote islands themselves. The region has not been sufficiently explored, which means that many marine organisms, including corals that are up to 8,000 years old, may be threatened by this project.

“The Canary Island’s deep sea ecosystems are unique and they sustain species that are vital for the tourism and fisheries in the area,” Aguilar said. “It is irresponsible to destroy these habitats in a few years to facilitate the extraction of a finite and highly polluting energy resource.” Aguilar also served as an expert witness on deep-sea ecosystems during the case.

Oceana disagrees with the Supreme Court’s decision since the Repsol project jeopardizes both  livelihoods around protected areas and the Canary Island’s Biosphere Reserves, since UNESCO could remove these designations if the project goes ahead. The Supreme Court’s ruling not only affects current Marine Protected Areas (MPAs), but it also halts plans for new MPAs around the southeast of the Lanzarote-Fuerteventura Area—a  region home to the largest number of beaked whales in the world.

Check out the photos below of the beautiful marine species of the Canary Islands that are threatened by oil drilling: 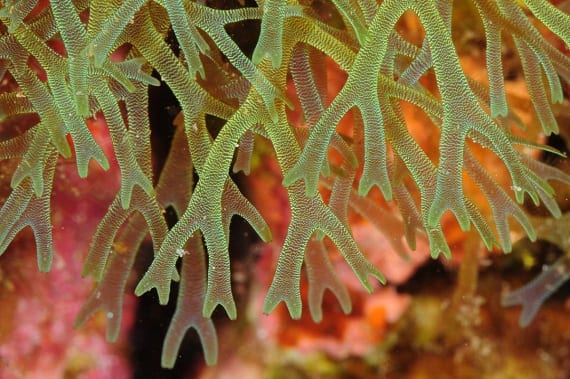