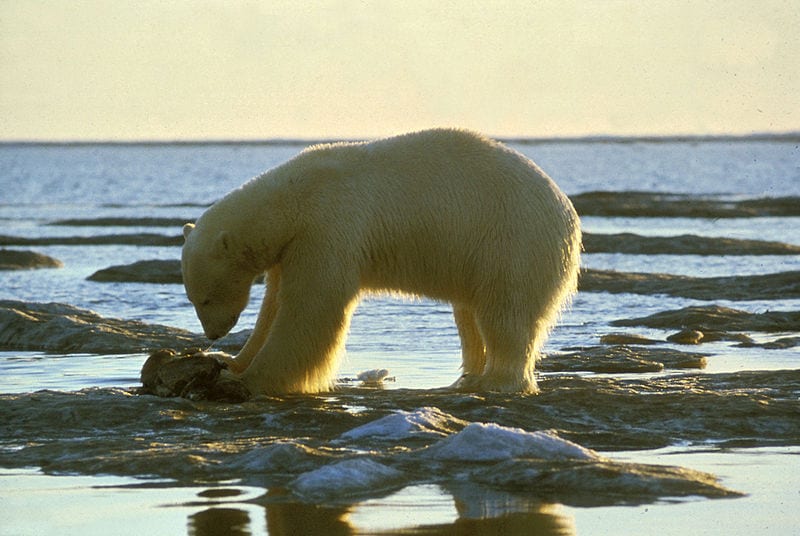 Not sure is U.S. officials are waiting for hell to freeze over or for the Arctic to melt entirely, but nevertheless the Department of the Interior has postponed making its decision as to whether or not they should list polar bears as “threatened” under the Endangered Species Act.

A series of reports from USGS suggest that two thirds of the world’s polar bear population could be gone within 50 years. As the sea ice continues to recede with warming temperatures the polar bears will find it increasingly difficult to hunt. Some commentators have suggested that this report is conservative and that Arctic sea ice could be a thing of the past by 2030, suggesting that polar bear losses could happen much earlier than 2050. You can read the press release from USGS here.