In honor of Shark Week, we asked our audience on Tuesday to weigh in on their favorite shark species. Not surprisingly, great white sharks turned out to be the fan favorite!

You likely know great white sharks from their many appearances in the media, from “Jaws” to “Finding Nemo” and coverage across local news networks. Because of this seemingly endless media spotlight, they have become one of the most celebrated marine animals, yet one of the most feared. Today, we’re taking a look at what makes great white sharks so very cool, and why humans pose a greater risk to them than they do to us. Take a look below to learn more.

As apex predators, great white sharks play a vital role in ocean ecosystems. They’re intelligent sharks, and have the largest olfactory bulb out of any shark, giving them an acute sense of smell that’s used to hunt for prey like seals, dolphins, and other fish, according to the Smithsonian’s Ocean Portal. Their other highly-developed senses—including sharp vision, strong hearing, and electro-reception capabilities—all aid in these sharks’ success in dominating food chains.

Great white sharks’ tapered bodies and crescent-shaped tails are designed for sudden, swift attacks, and it can contain high speeds even in cold water because of special adaptations in its circulatory system. White sharks are one of the largest sharks in the world, reaching 24 feet in length and weighing up to 5,000 pounds. The only real predators of adult great white sharks are killer whales, humans, and some larger sharks. 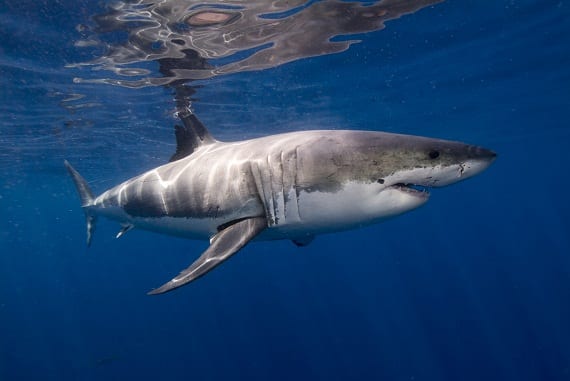 They’re found all over the world, mainly in temperate near shore waters in the upper water column, but they’re also known to move into tropical and cooler waters. As described above, great white sharks can propel themselves at high speeds for short distances, but are also capable of intercontinental movement, as some satellite-tagged sharks have showed scientists.

Humans are not sharks natural prey, and while the great white shark has made more unprovoked attacks on humans than any other shark, we pose a far greater danger to sharks than they do to us. Great whites are caught as bycatch on long lines and trawling vessels, illegally poached for their teeth, jaws, and fins, illegally hunted for sport fishing trophies, directly targeted in “shark culls” to protect beach-goers, and threatened by toxin build-up, according to the Smithsonian. Much of this fear, disdain, and killing can be attributed to years of negative media attention as demon-link monsters of the ocean. The International Union for Conservation of Nature and Natural Resources lists great white sharks as “Vulnerable.”

But, it’s not all doom and gloom for this species! You can take action by educating others about great white shark’s threats and behavior, and spreading the word on just how cool this species is. You can also help Oceana protect great whites by clicking here. 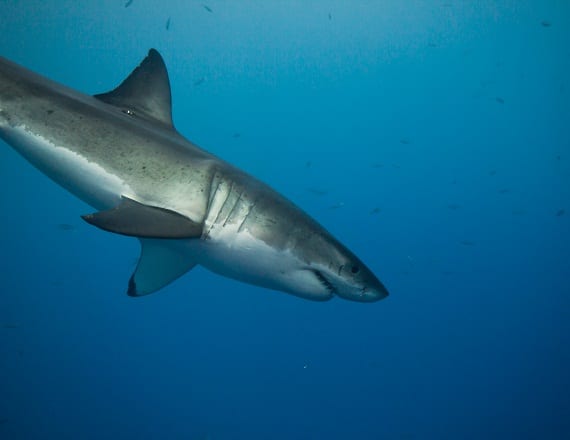