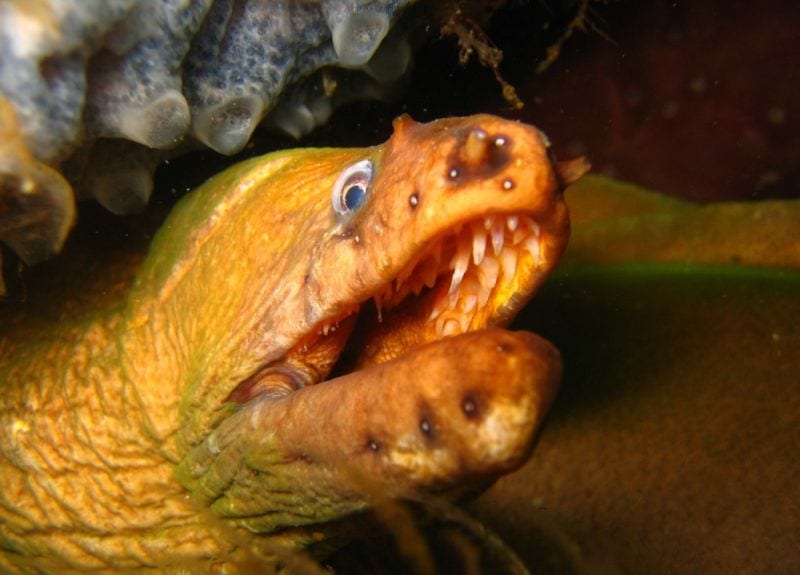 California scientists once baffled by the eating habits of the moray eel have discovered the snake-like ray-finned fish, which hides out among crevices in coral reefs, eats its food just like the Alien xenomorph in the science fiction franchise.

Researchers made the discovery filming the eels during feeding time. Moray eels, which belong to the same group of fish as tuna and salmon, possess a vicious set of pharyngeal jaws that lunge forward to grab prey once the first set of jaws has clinched onto it.

They say in space no one can hear you scream. I suppose the same holds true underwater along coral reefs, where many creatures don’t have ears like humans and androids do.