Welcome to Shark Fact Friday, a (mostly) weekly blog post all about unique sharks and what makes them so awesome. This week’s post is dedicated to the bull shark: a burly species known for making moves into waters that may surprise you!

Bull sharks are built like tanks. They have short snouts, wide heads and even wider bodies, which give them an overall pudgy look. They can grow to be about 11 feet long, although this large size is relatively rare in North American waters. 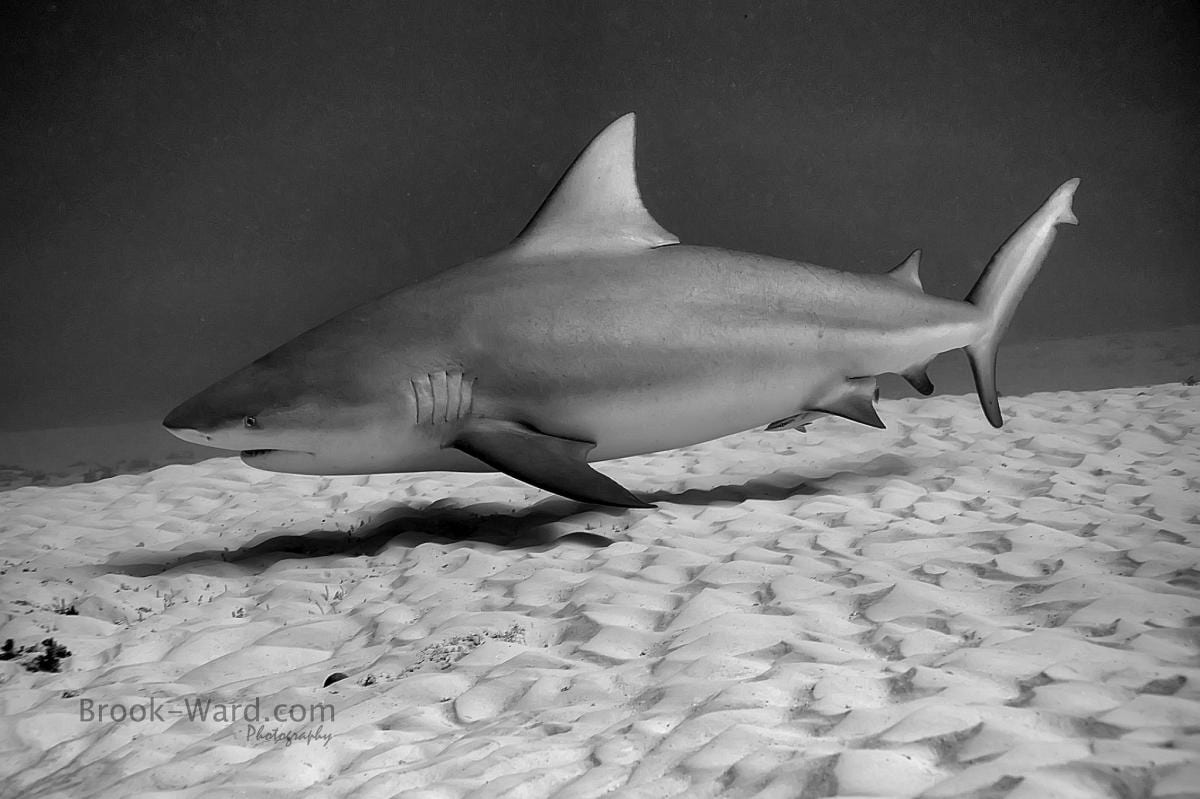 But did you know that the bull shark can travel into freshwater habitats with no problem? It’s true! The bull shark frequents coastal habitats, including where rivers meet the ocean. The water in these areas is usually called “brackish,” which means water that is still salty, but less so than the ocean. This adaptive shark can also be found in completely freshwater rivers and lakes.

In fact, there is record of a bull shark as far up the Mississippi River as Alton, Illinois, just north of St. Louis, Missouri. That’s about 1,700 miles away from the ocean! Things get even crazier in the Amazon River. Bull sharks have been found nearly 2,500 miles up the Amazon, well into Peru. 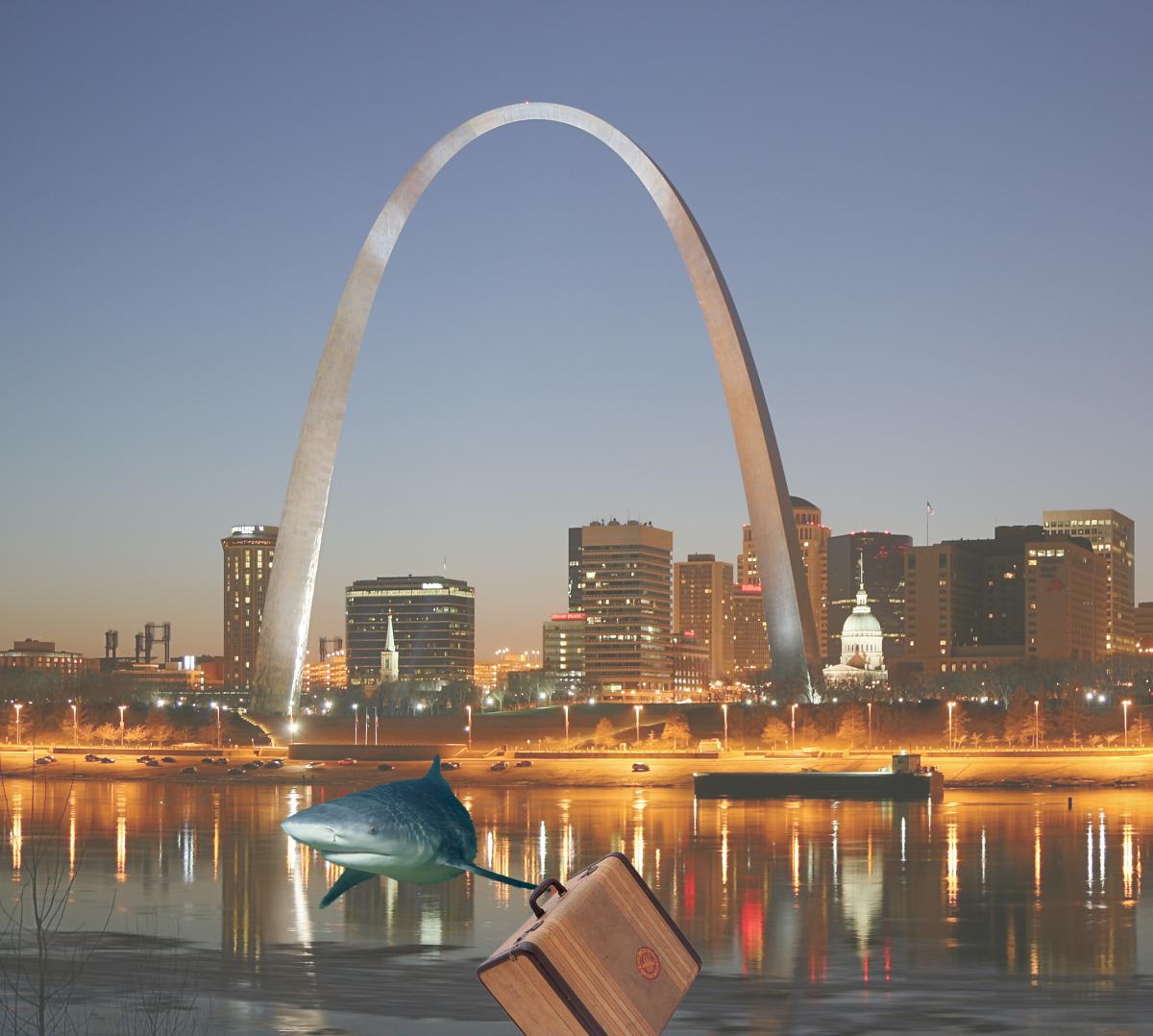 The bull shark isn’t the only species of shark that is found in freshwater, but this trait is rare in the shark world. So how do they do it?

The answer is through “osmoregulation” – the process of maintaining a balance between salt and water within the body. Our bodies are constantly at work making sure that each of our cells has the correct ratio of salt to water. Water-dwelling animals are no different; their bodies need to maintain this delicate balance too.

But while humans don’t need to worry about the amount of salt or water in the air around our bodies, animals that live in the water do. These animals strive to have a ratio of salt to water inside their body that is close to the ratio of the environment around them. Otherwise the cells within their body would either shrivel up (dehydrate) or burst (overhydrate).

Because the salt and water levels inside most shark’s bodies match that of seawater, when they enter freshwater, their bodies have a hard time balancing the levels to match their new, un-salty environment.  However, bull sharks (and other species that go into fresh water) can more easily adjust their salt and water ratios so that they can spend time in saltwater, freshwater and brackish habitats. One study showed that bull sharks captured in freshwater had lower salt levels in their blood than bull sharks captured in saltwater, proving that bull sharks are uniquely good at osmoregulation.

We’ve all been in the position where a new environment has made us a little bit stressed out, so next time, channel your inner bull shark and go with the flow, quite literally. 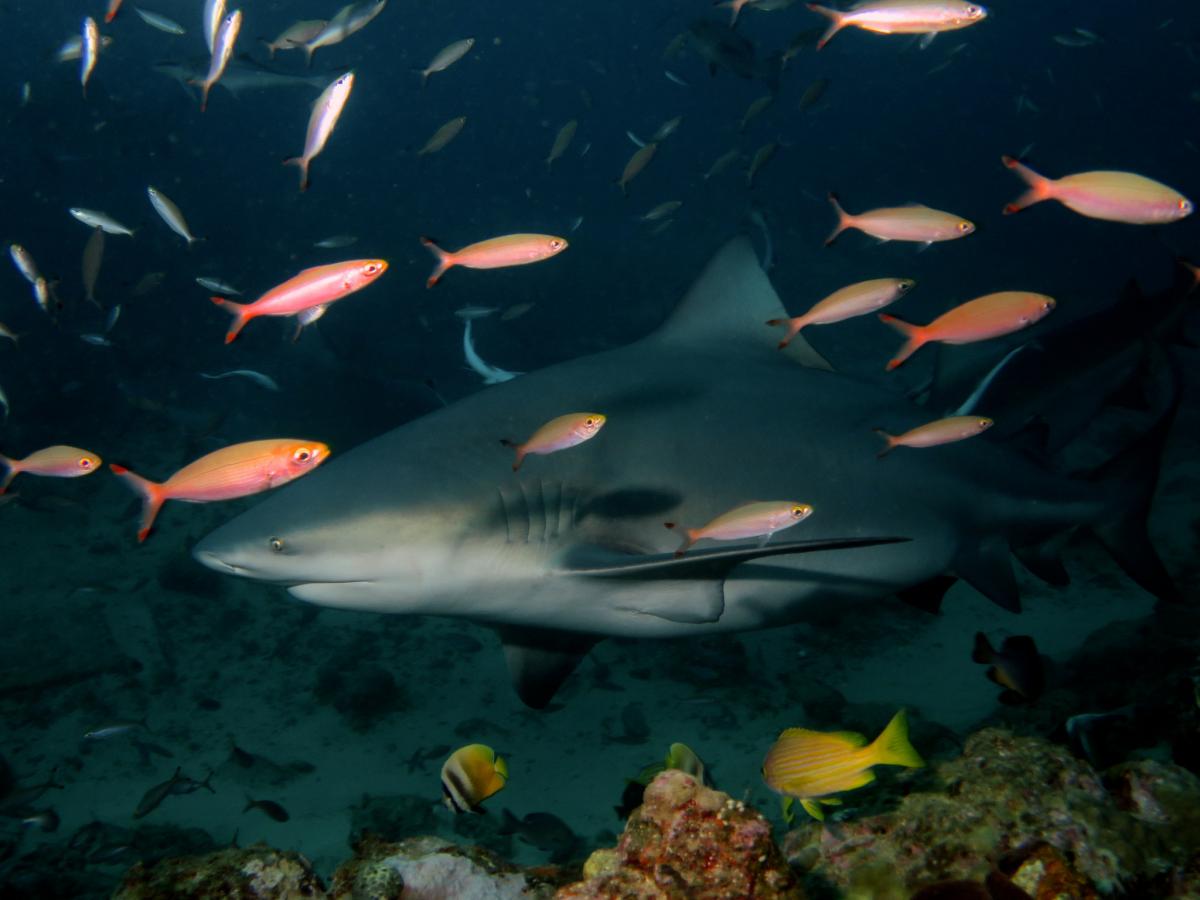