Welcome to Shark Fact Friday, a (mostly) weekly blog post all about unique sharks and what makes them so awesome. This week’s post is about new uses of technology in shark conservation.

Sharks are notoriously difficult to study. They can be large, they move around a lot, and they live in places that aren’t easily accessible or seen. But did you know that there are several technologies out there that could help researchers figure out what’s going on with sharks at sea?

Nearly everyone is familiar with the concept of shark tagging. Some tags communicate with satellites to relay position information to researchers so they know where the shark is and when the shark was in that location. This can be useful for researchers, especially those studying migration and movement, but this information can also inform fisheries managers. 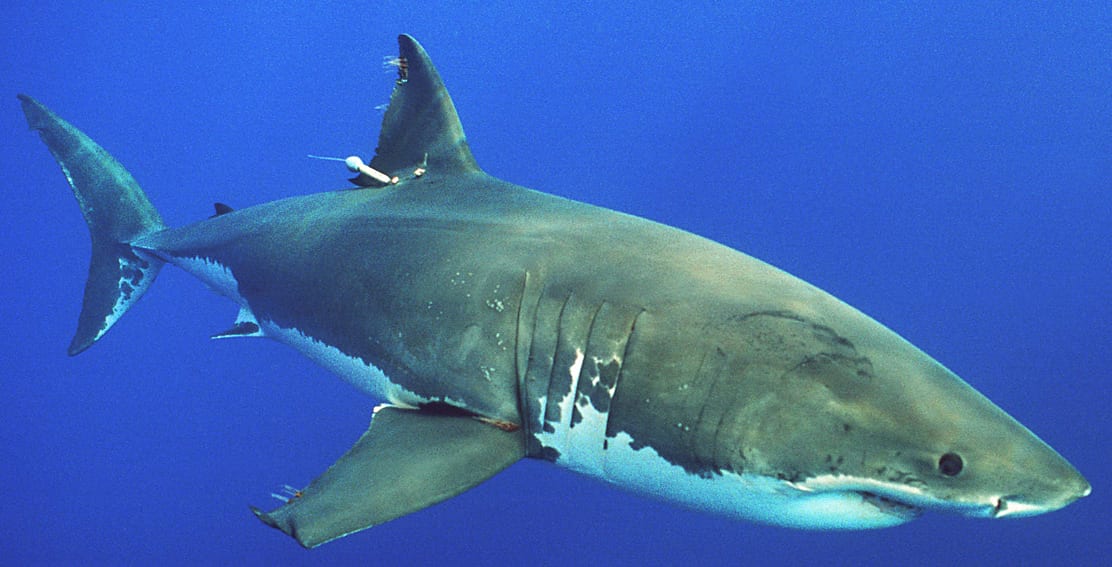 For example, researchers studying shortfin mako sharks in the North Atlantic Ocean found that 30 percent of the sharks they tagged were killed by commercial fishing over the course of their three-year study. They concluded that shortfin makos may be killed in commercial fisheries more frequently than was previously thought. They were right. New recommendations suggest that international fisheries should no longer be allowed to kill shortfin mako sharks in the North Atlantic.

But what if there was a tool that allowed researchers to see animal encounters with fishing vessels, even if the animal isn’t caught or killed? Technology like that now exists! Global Fishing Watch.

Global Fishing Watch allows users to see commercial fishing activity anywhere in the world, in near real-time, for free. 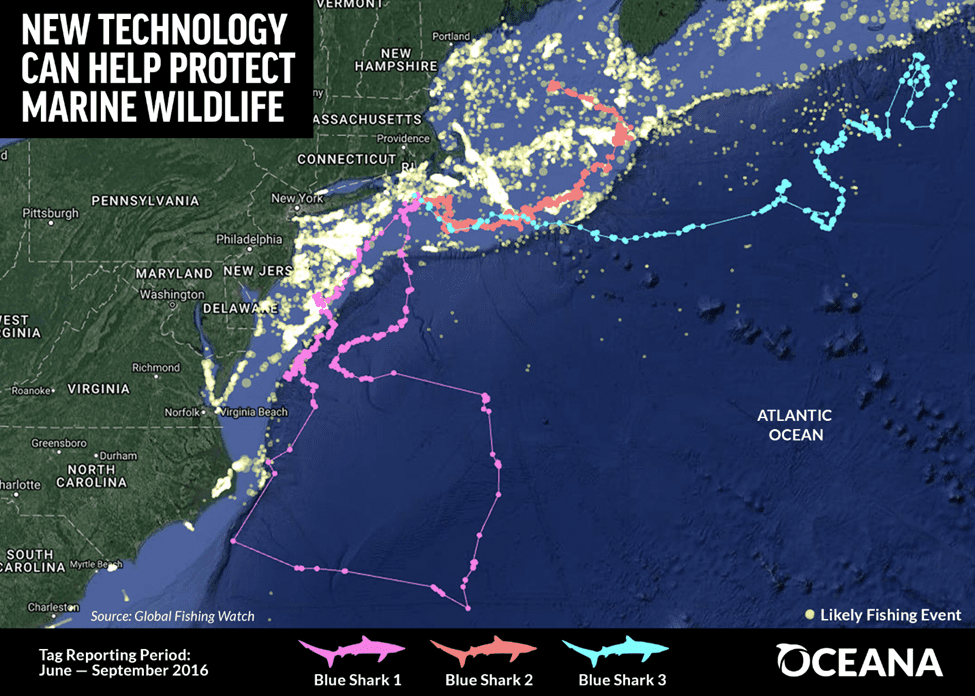 We found that over a 110-day period, two of the tagged blue sharks surfaced near three different vessels that were likely fishing. This type of technology could help fisheries managers and other researchers improve management of not only sharks, but any species that can be satellite tagged. Interactions between vessels and marine life could lead to more effective time-area or hotspot closures, which close areas of fishing during periods of time when bycatch species are most likely to be caught.

Think of it like an eye in the sky, checking in on sharks and fishing vessels at the same time.

You can spy on these blue sharks yourselves, check it out here: usa.oceana.org/global-fishing-watch-sharks