Welcome to Shark Fact Friday, a (mostly) weekly blog post all about unique sharks and what makes them so awesome. This week’s post is about some #FakeNews regarding the basking shark and what they do for the holidays.

The holidays are known for many things: food, gifts, family, friends and, for a lot of people, catching up on some sleep. Heck, even a lot of animals know this time of year is all about resting, but do it in the form of hibernation.

But did you know that about 60 years ago people thought that the basking shark hibernated during the winter? 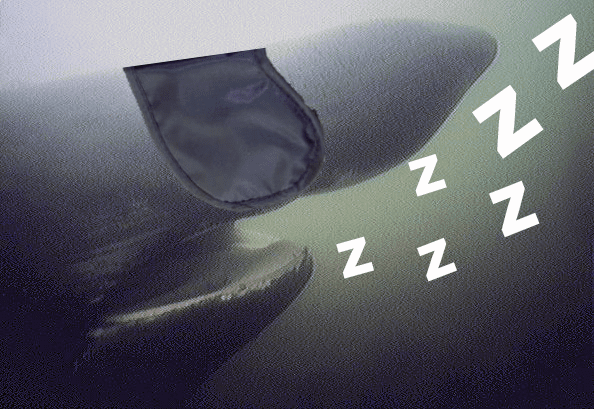 The basking shark is a gentle giant, coming in at a whopping 32 feet. This filter feeder is found in temperate and cold waters throughout the world, and is most frequently seen at the surface with their mouths open wide to scoop up plankton. People who were used to seeing basking sharks at the surface of the water in the warmer months wondered why they were absent during the winter, and hypothesized that they must be hibernating on the seabed in deep water.

A 2003 study set out to solve the mystery of the disappearing basking sharks. The scientists tagged five basking sharks off the coasts of England and Scotland and tracked them from May 2001 until January 2002.

In fact, the authors suggest that the basking sharks probably move to places where their food is most abundant – seasonally relocating from hot spot to hot spot. Which, if you think about it, isn’t dissimilar from how most humans behave during the holidays. 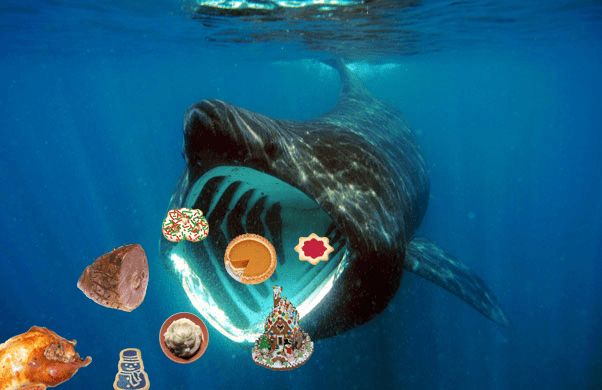