Welcome to Shark Fact Friday, a (mostly) weekly blog post all about unique sharks and what makes them so awesome. This week’s post is an incomplete list about the diversity in shark and ray eating habits, ranked from least to most adorable.

Coming in at the least adorable is the cookiecutter shark which doesn’t eat anything whole, but instead gouges ice-cream-scoop-shaped holes in the flesh of their prey…pretty gross and not too adorable. 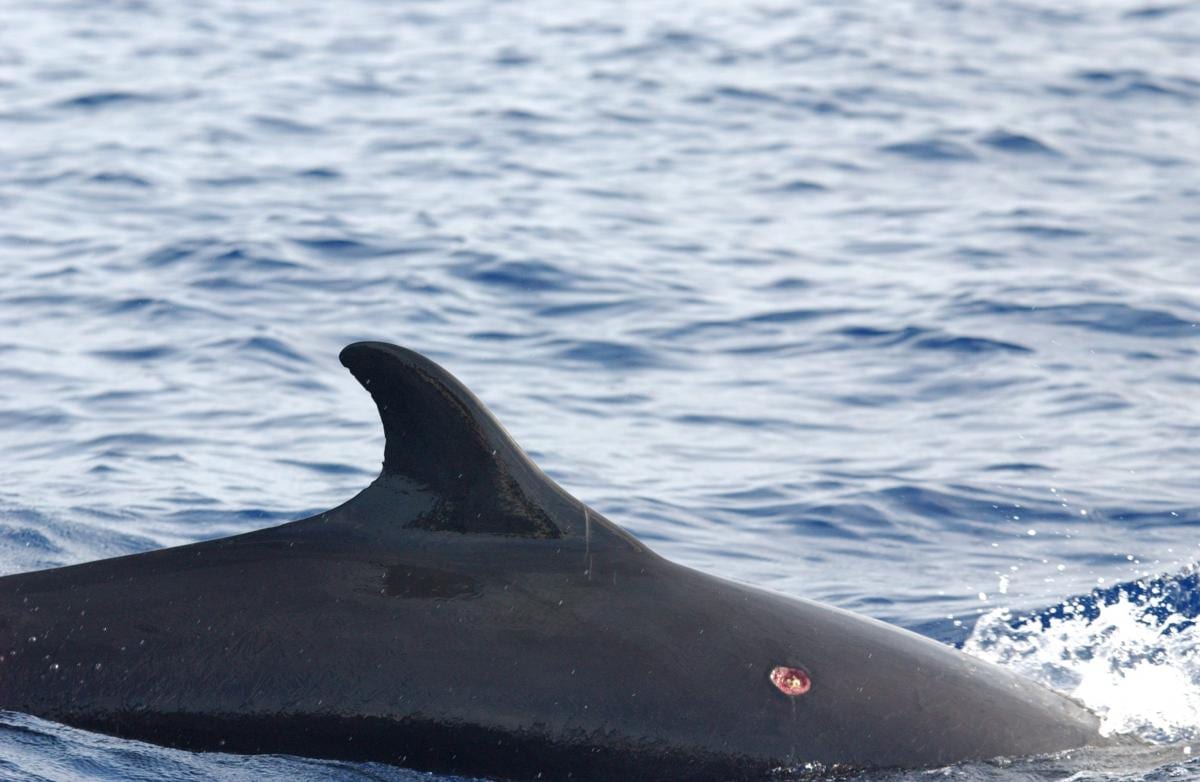 The white shark, which, as we have already discussed, is pretty cool but not the greatest (in my opinion). Scientists dubbed their method of feeding on elephant seals as the “bite and spit” strategy because white sharks will give their prey one big chomp, spit it out, and then wait for the prey to exhaust itself and bleed out. The white shark waits for their prey to die and then gobbles them up afterwards. Definitely not adorable. 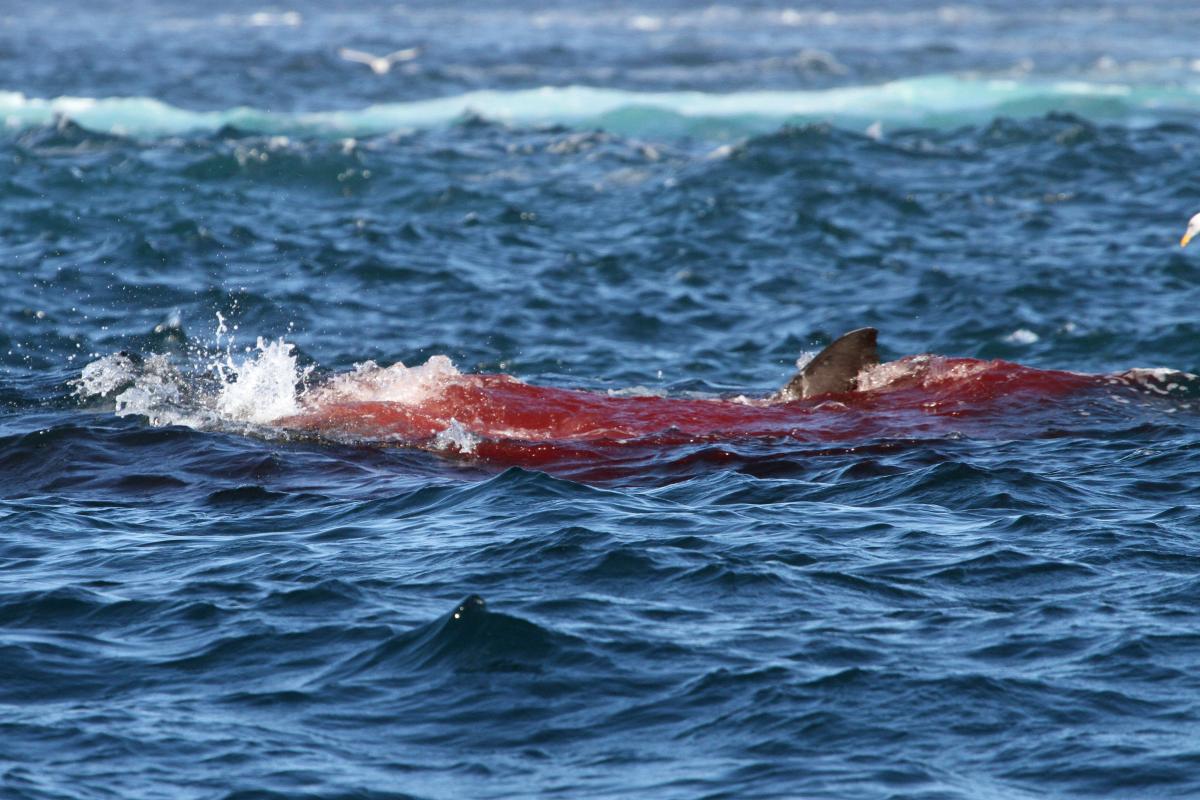 The Pacific electric ray eats fish like halibut, anchovies and flatfish in the weirdest way. This species stuns its prey with an electrical charge that can measure up to 50 volts – enough to occasionally snap their prey’s vertebral column before eating them. 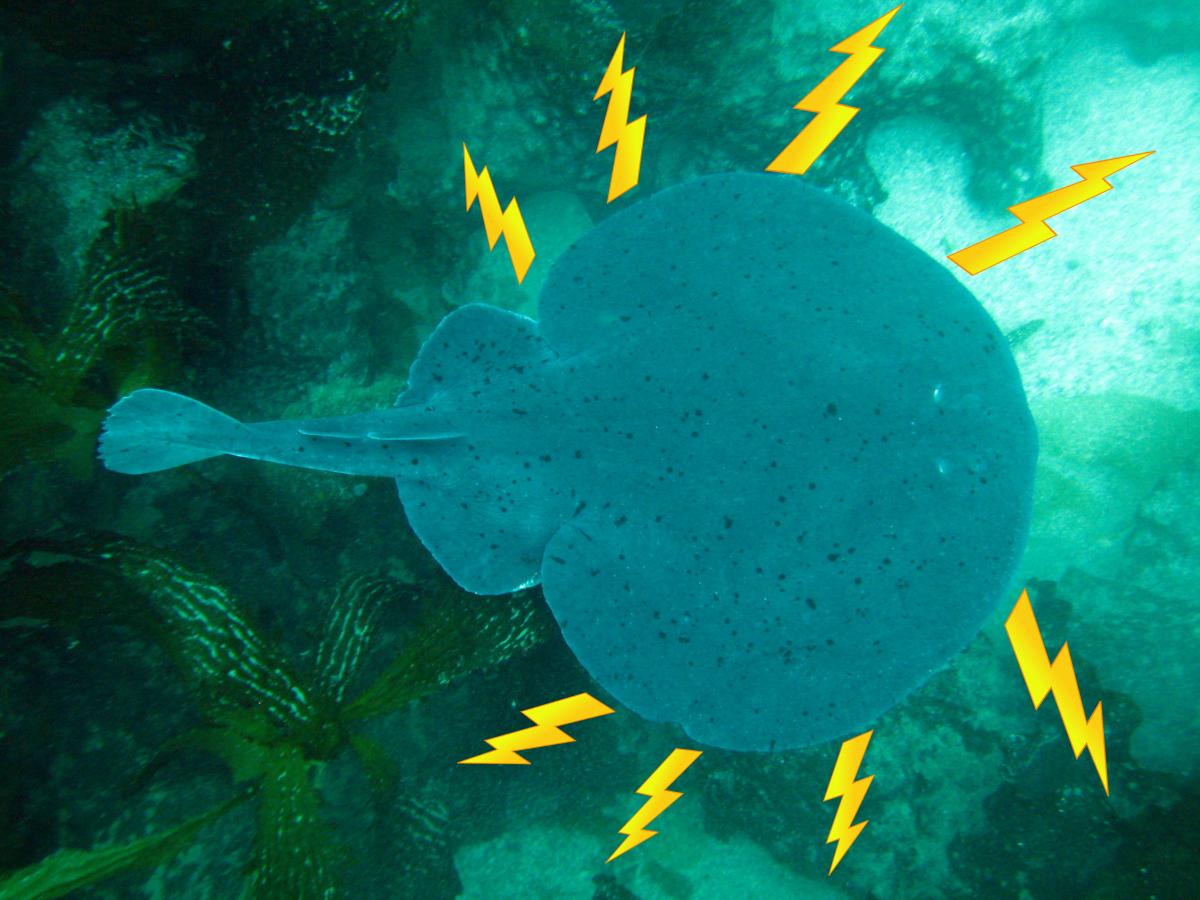 Great hammerhead sharks utilize a method of capturing stingrays called the “pin and pivot,” where they chase down their prey and use their hammer-like head to pin it to the ocean floor. Once their lunch has been immobilized, the hammerhead will pivot around until it can get a good bite out of the wing.

The thresher shark is a Shark Fact Friday fan favorite not only because of their cute faces, but also because of their fascinating method of food capture. These sharks will swim into a school of fish and whip their tails so hard that groups of fish get stunned. While the fish are recovering and not moving, the thresher shark will circle back and eat them. Read more about it here.

The horn shark uses suction to nab their favorite foods from the sea floor like snails, sea urchins, clams and sea anemones. These cute little guys use their pectoral fins to raise themselves up and suck sea anemones off rocks – kind of like a lollypop! 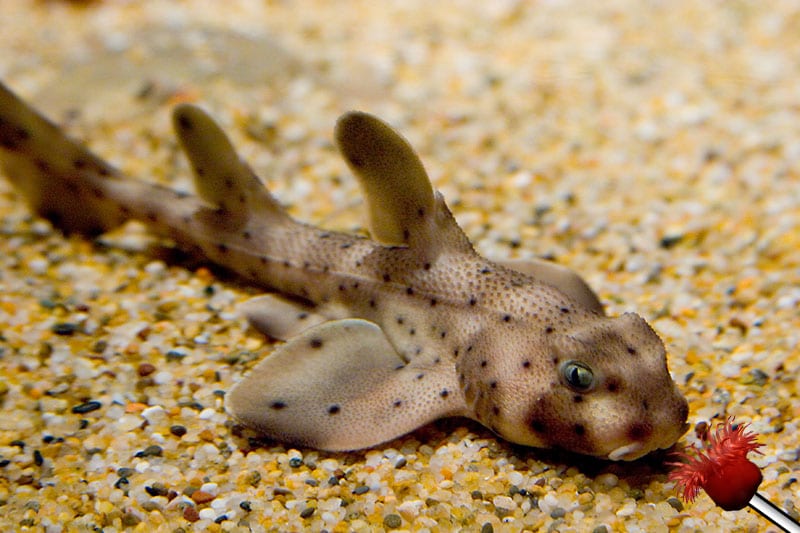 Some rays, like the cownose ray, dig up their dinners by flapping their wing-like fins to move sand out of the way. They combine this technique with jetting water from their mouths to excavate the prey. Pretty adorable for such a silly looking critter. 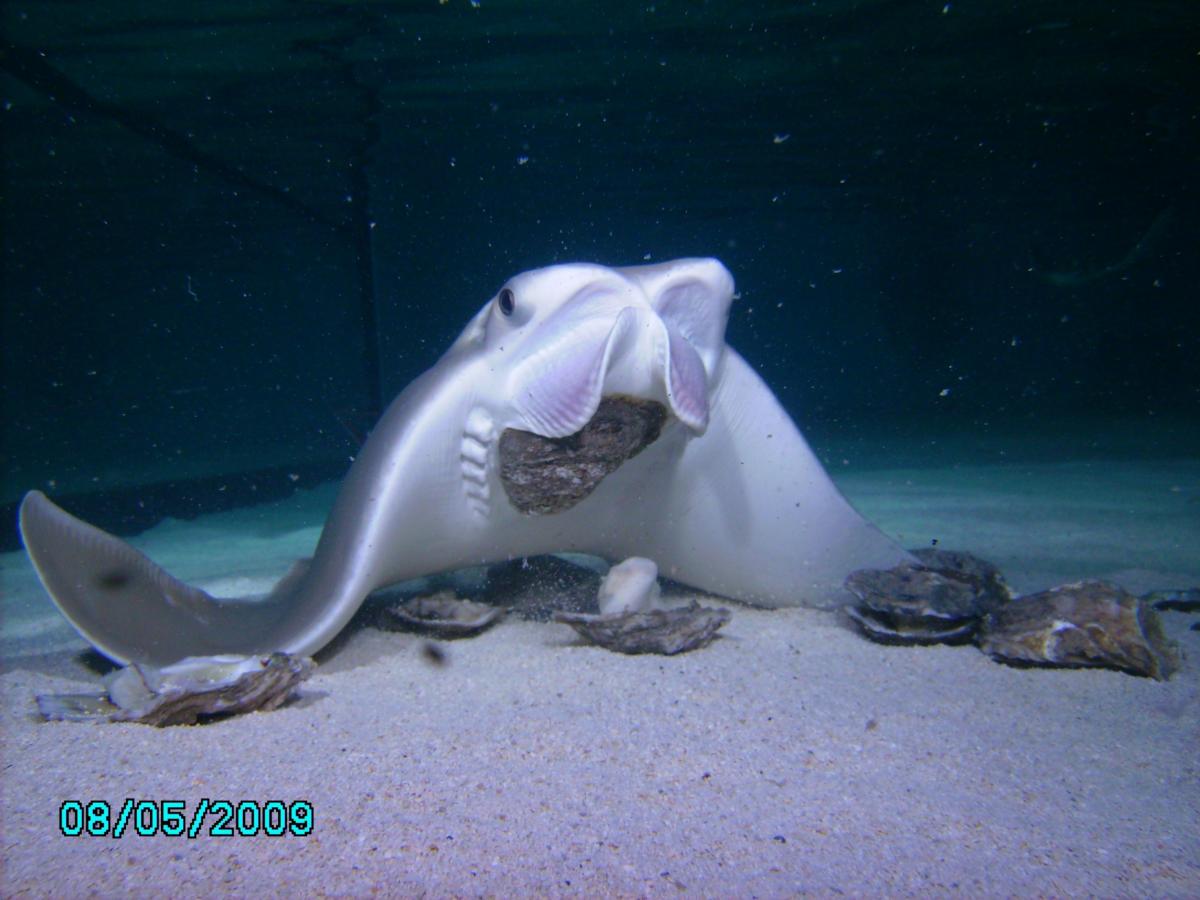 Mobulid rays or manta rays are known gentle giants – filter feeding their way through the oceans. But they also have the most adorable feeding behavior. When they encounter a particularly delicious plankton bloom, they will swim somersaults to stay within the patch of prey.

So from the cookiecutter shark’s sneaky bites, to manta ray somersaults, sharks and their relatives have a variety of feeding habits that range from frankly horrifying to definitely adorable.